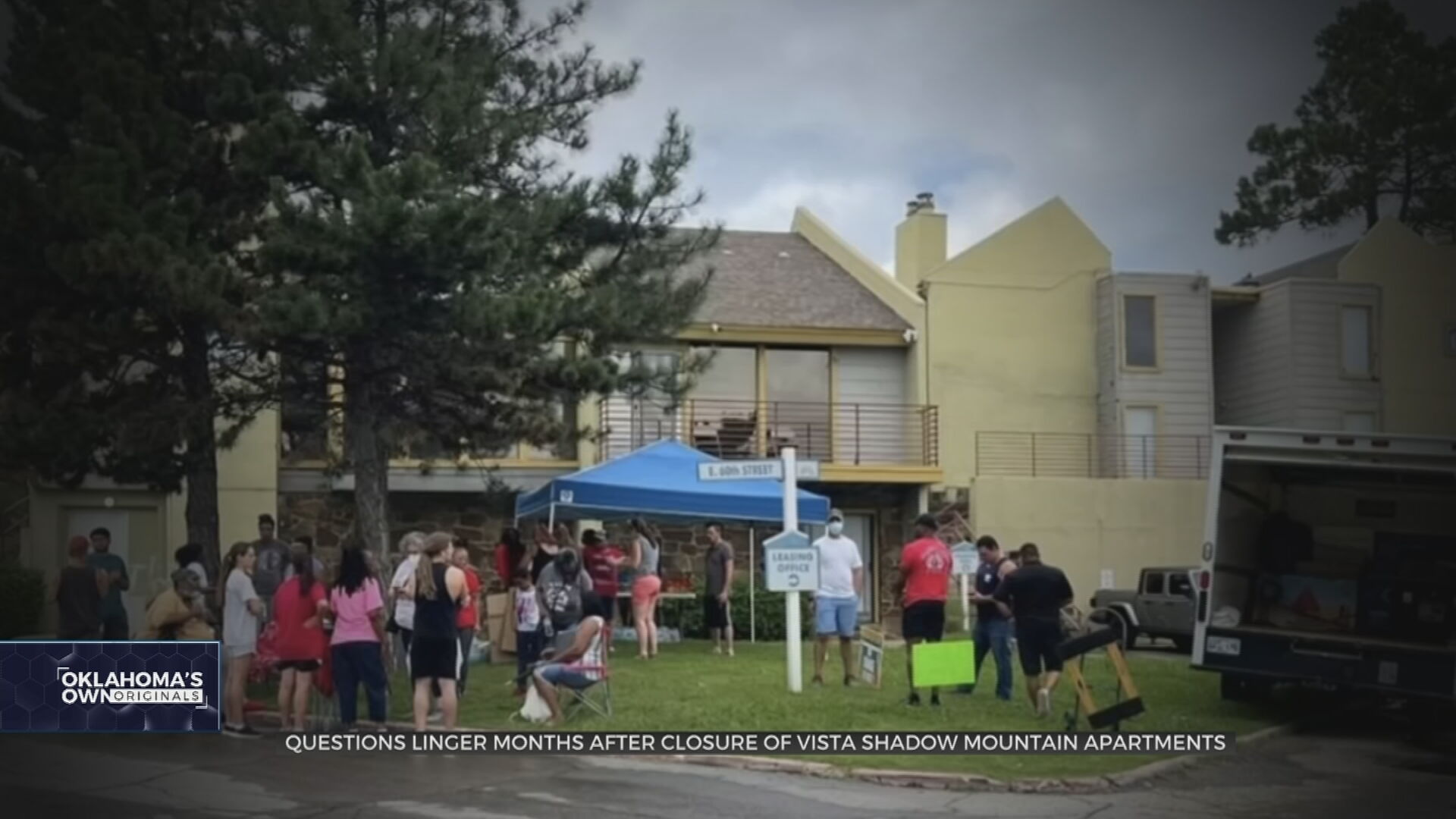 It's been nearly three months since those living in 160 units at Vista Shadow Mountain were forced from their homes.

The property was deemed unsafe to live in by fire marshals, in large part due to the damage caused by flooding during the winter when pipes broke. Some families are still living in hotels. Some argue not enough is being done to help.

Latonya Cosper was one of many who quickly learned they had no choice.

"On the 18th, we got an email that, due to certain circumstances at Vista Shadow Mountain we're letting everyone out of their lease, letting us out or we have no choice,” Cosper said.

The deadline to move out was July 23. For more than two months, she and her 25-year-old daughter were living out of a hotel.

“They put me, having heart problems, in a bad situation because I was really comfortable where I was," Cosper said.

Having survived a triple heart bypass surgery, Cosper now needed a follow-up open heart surgery. That procedure that was put on hold because of the looming deadline to move.

Volunteer Linda Grant made herself available to help those displaced from Vista Shadow Mountain.

"We've had several people recovering from major surgeries in these hotels,” Grant said. “Their life did not stop, and their health issues certainly did not stop just because Vista Shadow Mountain failed to provide a safe environment for them."

For Cosper, Grant has the lifeline to a roof over her head. To others, she is the reason they have food to eat, clothes to wear and temporary housing.

“I've watched, I've held them while they cried, I've held their hands, we've all cried tougher a bunch over this, over the cruelty of it,” Grant said. “It’s shocking and shameful. This is about the degradation of our fellow human beings.”

Some residents and volunteers tell News On 6 that workers changed gate codes so volunteers couldn't help families move. Others said informational packets on emergency housing were taken from front doors and thrown in the trash.

News On 6 tried to find out if these accusations are true. With no answers from the front office, News On 6 Anchor Brian Dorman turned to Tulsa City Councilor Lori Decter Wright. Vista Shadow Mountain falls in her district. In all her years of service, this crisis was a first for the city councilor.

"I was overwhelmed when I saw our professional experts that do this work feeling overwhelmed by it, you know, I was like ‘OK, this is a game-changer for Tulsa,’” Wright said. "It's not okay to let other human beings live in a way that's dangerous and that's really what I saw."

The owners of the property are based in New Jersey and are facing a class-action lawsuit by those who lived at the complex.

"When you choose to do business in Tulsa, even if you're not from Tulsa, we expect you to treat us with dignity and respect, you know, we're not be taken advantage of or used,” Wright said. “And I understand people want to make investments here and we encourage that, but you need to be a good corporate citizen and you need to care.”

News On 6 asked Tulsa Fire Marshal Andy Teeter about what could be next for the property.

“We need them to come up with a plan from a design or building professional,” Teeter said. “That's an evaluation of the entire complex and what needs to happen to bring it up to where it's livable again, and what phases that's going to be and how we're going to go about helping them get it back open.”

Teeter said he hasn’t seen a plan yet.

“I know what the plan is on our side,” Wright said. “We're not going to look the other way and just let things proceed. We will make sure everything is to code and to standard and if it's not, they won't be reopening.”

Plan or no plan, Cosper made it clear, she won't be moving back.

"I wouldn't ask anyone to live there,” Cosper said. “I don't care how brand new they make it."