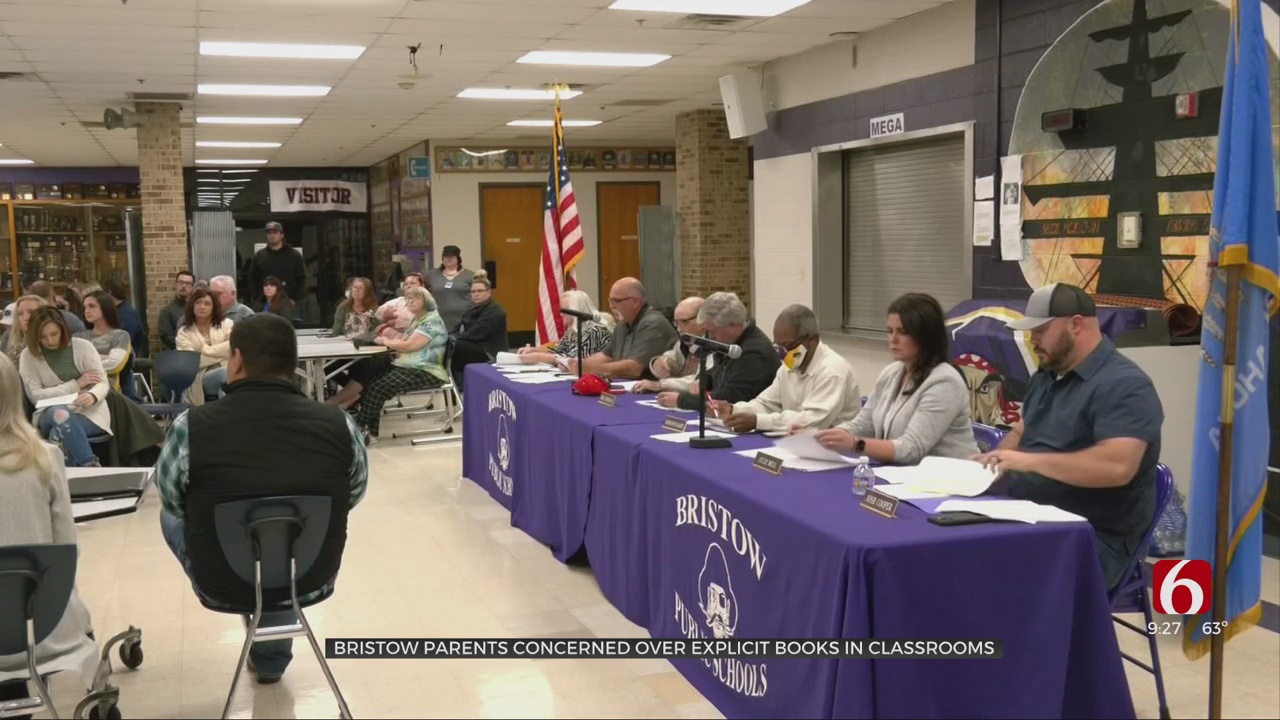 Some Bristow Public Schools parents are worried about their children reading books that have graphic language.

Those parents brought their concerns to the school board meeting Monday night.

There were so many people scheduled to attend, the board moved meeting locations to the high school's cafeteria.

Three parents ended up speaking to the board about their concerns.

The concerned parents say they've found a few dozen books in teacher's classrooms that don't fit their idea of Bristow's community standards and shouldn't be accessible to middle-schoolers.

They say the books mention things like sex, rape, drug use, or use lots of curse words.

The parents say they should have a say in whether or not these books are available and want the district to create and enforce stricter standards.

Superintendent Curtis Shelton says the district has standards in place and though these issues have been circulating social media for a while now, the board was just given the list of books in question Monday night.

He also asks parents to fill out review forms for what books they don't see fit for their children. He says that hasn't been done yet and hopes after tonight's meeting, parents will start submitting forms.

"Our people just care about the kids in school and the materials that we're putting in front of them. We can appreciate that," he said.

"We're fortunate to have a supportive community behind our school system and we're willing to work with them. I just ask that they go through that process. Let's get that going."

He says staff will start looking at the list of books to see which ones do or don't meet education standards.