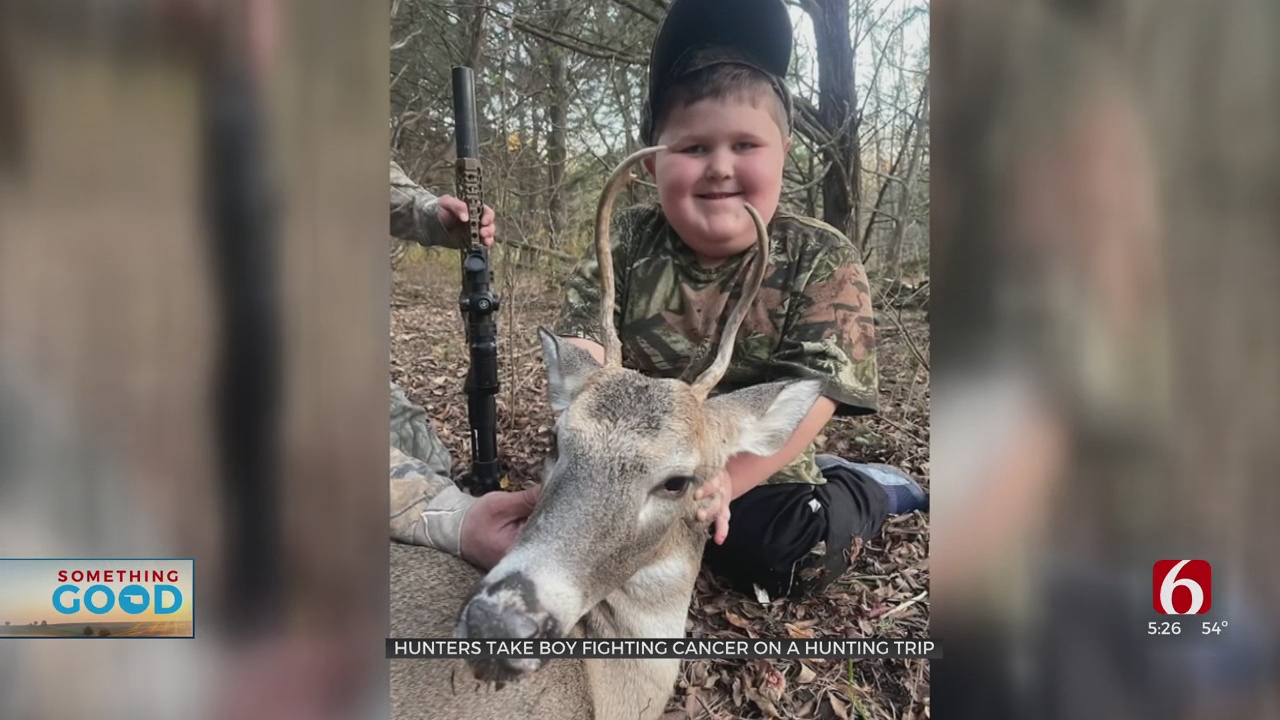 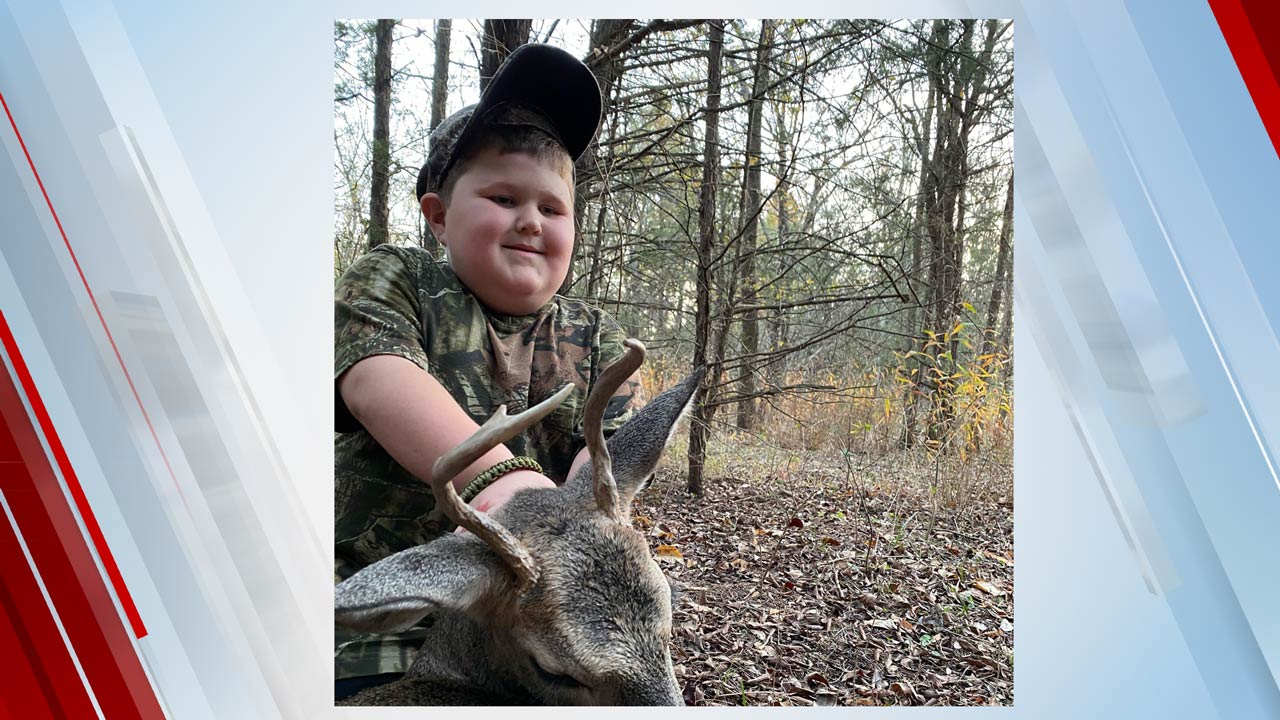 Bradley Lawson has been fighting aggressive cancer since he was three years old- he has grown up in hospitals. He is 5 now. Bradley had rounds of unsuccessful surgeries to remove his tumor and was eventually taken off life support, but he survived! His dad tells me, while Bradley was in the hospital, on his sickest days-----he would talk about, one day, being able to go hunt and shoot a buck.

They didn't think that would ever happen. Bradley's dream came true anyway.

"I don't think anything could've been more perfect yesterday. Everything just fell in place. I thought it was just God's will of what he wanted everyone to do. Everybody stepped up to the plate and helped this little boy out," said Eric Selph with Legacy Outdoor Hunts.

The guys at Legacy Outdoor Hunts heard Bradley's story from a friend at the McAlester Freedom Ford Dealership. The dealership donated a truck, Bradley and his dad could ride in on their way to the property. The hunt was paid for. Two companies also stepped in, offering to process and taxidermy Bradley's kill.

Bradley has gained a lot of weight from his chemo and was struggling to get up the deer stand, so Brian- a marine who was there with him for the hunt- told Bradley to hold on to his neck and he carried that little boy all the way up the stand!

"They called me about 3 hours later, Brian texted me and said, 'HE SHOOTS, HE SCORES!'" said Selph.

The Game Wardens were in on Bradley's big day as well. A whole group of people, coming together, to make sure this little boy had a day he would never forget.

"Just to see the smile on Bradley's face- he was so excited after he killed his buck," said Selph, "It is a memory that is going to last a lifetime."

Eric is hoping to do something like this, for a different child fighting cancer, every year. Bradley's family is hoping to write a book about their son's journey.

They are looking for publishers right now.

To learn more about these Oklahoma hunters, CLICK HERE.