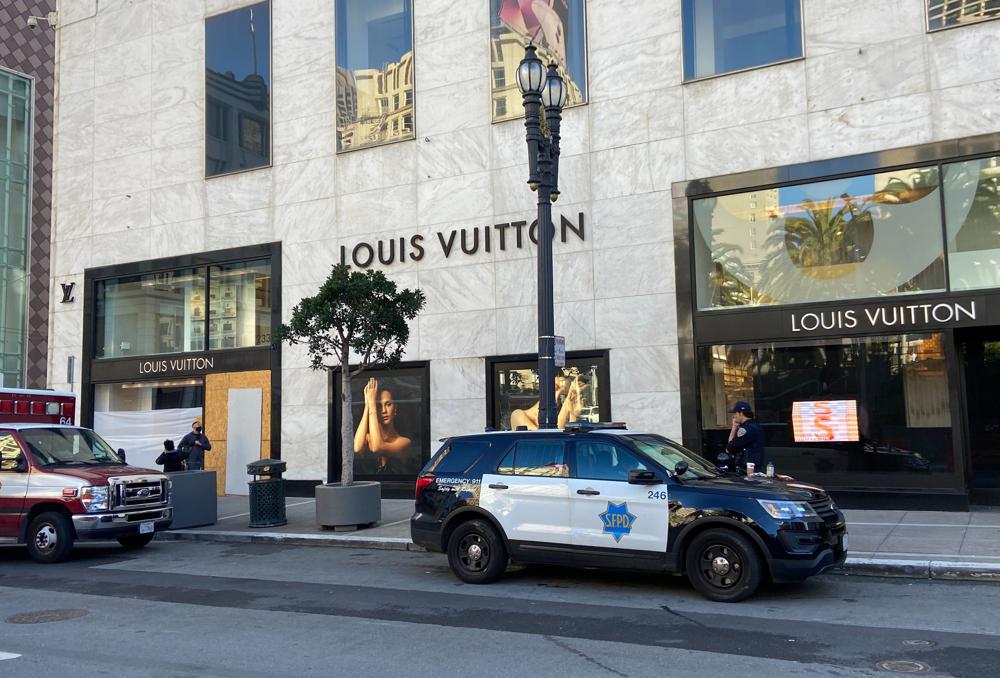 About 80 people, some wearing ski masks and wielding crowbars, ransacked a high-end department store in the San Francisco Bay Area, assaulting employees and stealing merchandise before fleeing in cars waiting outside, police and witnesses said.

Three people were arrested while the majority got away after the large-scale theft Saturday night shocked shoppers at the Nordstrom at the Broadway Plaza outdoor mall in Walnut Creek, police said in a statement Sunday.

Two employees were assaulted and one was hit with pepper spray during what police called “clearly a planned event.”

NBC Bay Area reporter Jodi Hernandez tweeted that she saw the thieves rush into the store in the downtown shopping district in the city some 20 miles (32 kilometers) northeast of San Francisco.

“About 25 cars just blocked the street and rushed into the Walnut Creek Nordstrom making off with goods before getting in cars and speeding away,” Hernandez said on Twitter.

Cellphone video from the scene showed masked people streaming out of the store, carrying bags and boxes, jumping into the cars and fleeing the scene.

Brett Barrette, the manager of a nearby PF Chang’s restaurant, began locking doors at his establishment while watching the chaos unfold.

The Walnut Creek Police Department said a firearm was recovered from one of the three arrested suspects.

“Walnut Creek Police investigators are in the process of reviewing surveillance footage to attempt to identify other suspects responsible for this brazen act,” the department said in Sunday’s statement.

Nordstrom was open as usual on Sunday.

The incident came a day after several high-end stores in San Francisco’s Union Square were broken into by a large group of people who smashed windows, stole merchandise, and then ran to waiting cars, police said.

Stores in Union Square, a posh shopping district popular with tourists, have been targeted for years by well-organized thieves who at times have rammed vehicles into storefronts to break glass doors and windows and enter the buildings during non-business hours.

In July, Gov. Gavin Newsom signed a law that allows prosecutors to charge those who work with others to steal merchandise.