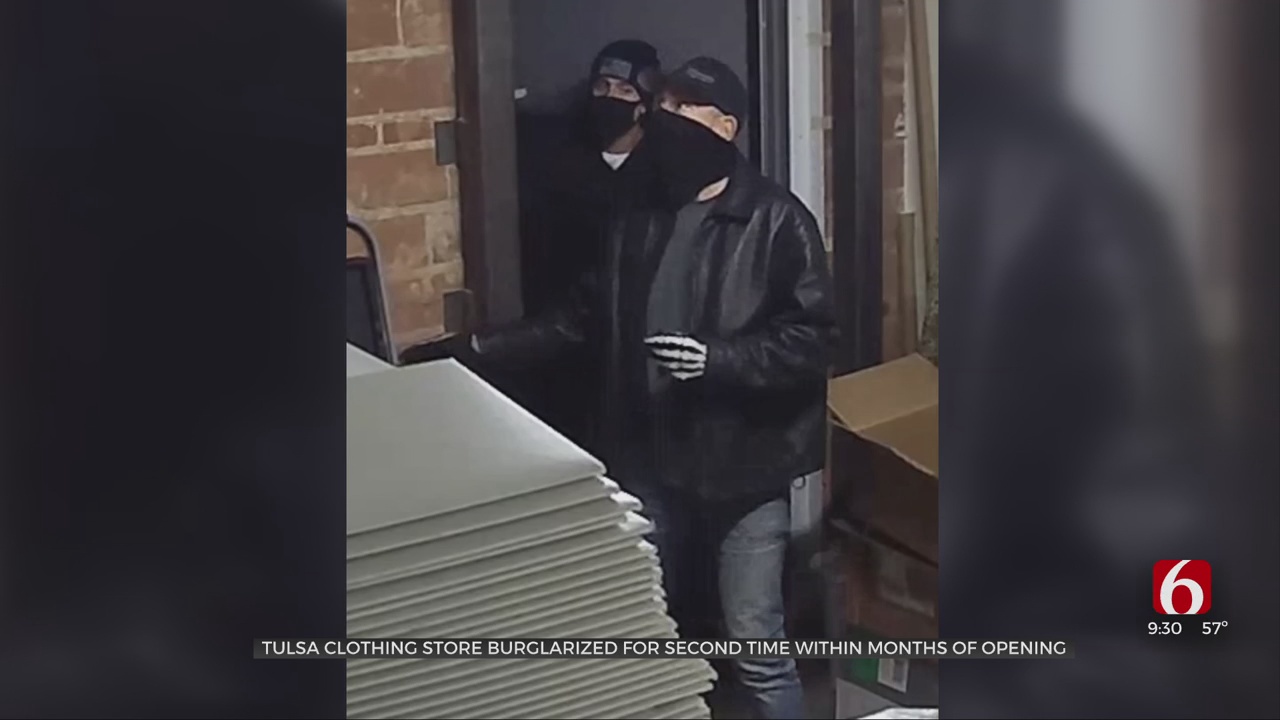 Tulsa Police are investigating after a high-end clothing store was broken into on Thanksgiving Morning.

The owner says between $15 and $20 thousand dollars of products were taken from her store.

Paige Van Norman just opened Willamina Boutique in mid-October and tells me her store has now been broken into twice, but the second time was much worse.

Van Norman woke up to a phone call around four on Thursday morning saying her store alarm was going off.

She says when she checked her security cameras she saw two men had broken into her store through the back door.

"They go to the front of the store and start grabbing, they threw some stuff on the floor to grab more and then shortly after the alarm started going off and they grabbed what they could and they ran,” said Van Norman.

Willamina is a high-end clothing store near 12th and Lewis in the Market District.

Paige says she just opened her store on October 16th and this is the second time her store was broken into.

She says two mirrors and a chair were stolen the first time, but this time burglars got away with nearly $20,000 of merchandise.

"It's a lot for a small business like ours,” said Van Norman.

Tulsa Police are now investigating the burglary and Captain Richard Meulenburg says there's a good chance the men have been in the store before or someone told them about it.

“With the merchandise that they stole and the type of the store that it is, it's highly likely that they know exactly what they're doing. They're breaking in there and stealing armfuls of expensive clothing,” said TPD Captain Richard Meulenburg.

Paige says she's already felt a lot of support from people who came in to shop this weekend, and even though it's a big loss, she's hoping they'll make up for it in holiday sales.

“We're just really hoping that people in Tulsa tell their friends about the store and shop small this holiday season and we're just hoping to make up for it that way,” said Van Norman.

Police say if you recognize the two people in this video you're asked to call Crimestoppers at 918-596-COPS.