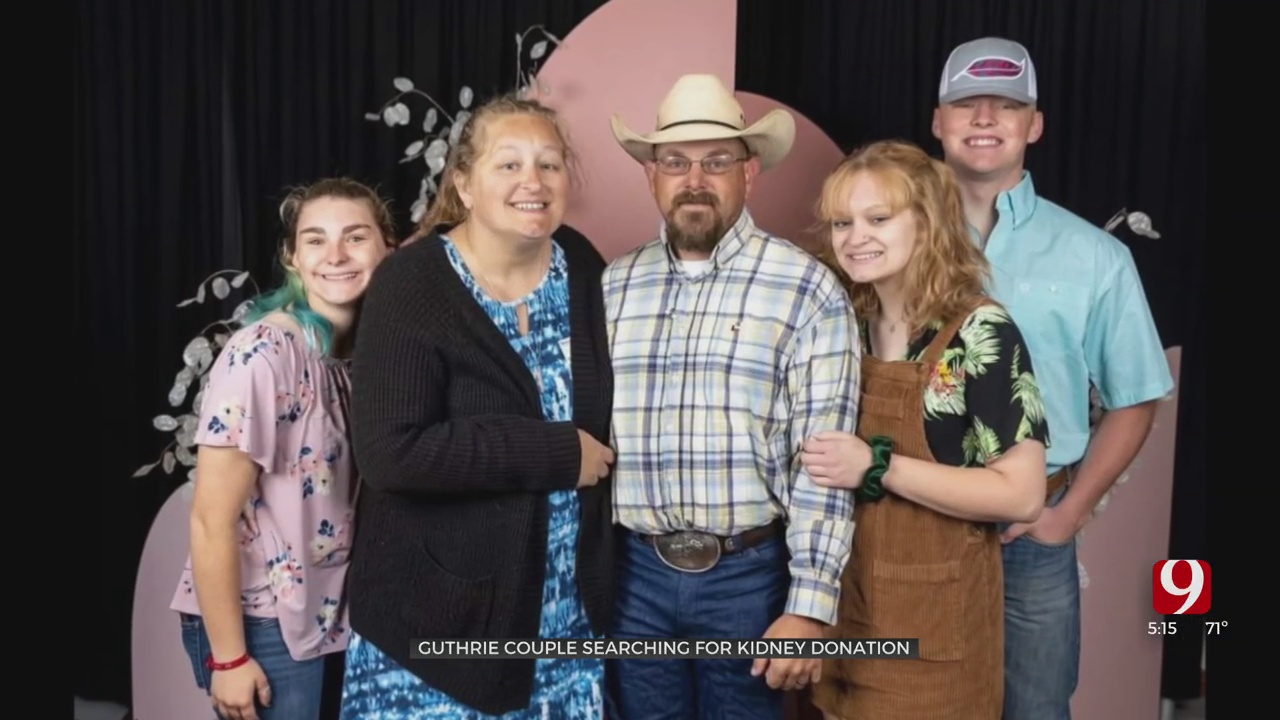 A Guthrie woman who needs a kidney is spending this holiday season praying to find a donor.

She was one week away from transplant surgery when she found out her original donor's kidney could not be used.

About a year and half ago, Lingerfelt was told she was going to need a kidney transplant.

"I thought I had another 10 years, and the doctor said no," said Lingerfelt.

"It's been a hard journey but if I'm able to save her life and give her a kidney that's what I'm going to do," said Danny Lingerfelt, Autumn's husband.

So, he decided to get tested and found out he was a match.

"There was one doctor that just came on board that didn't like the results she was seeing," said Danny Lingerfelt.

The doctor ordered a biopsy to look at Danny Lingerfelt's kidney.

"Which then labeled what I had going on and that is IgA nephropathy," said Danny Lingerfelt. "Which is another form of kidney disease."

He described learning the news as "devastating."

"To know that I've tried so hard through this journey to save my wife and to know that now I can't," said Danny Lingerfelt.

"Every minute of every day, I'm praying and I'm hopeful," said Autumn Lingerfelt.

She's turning to social media and even car decals to try and find that perfect match.

"We're just hoping that somebody feels the Holy Spirit and is led to at least try to see if they are a match," said Danny Lingerfelt.

To help support Autumn, a Venmo is set up @autumnsue82 and click here to donate through another tax deductible link.

To learn more about donating, head to LifeShare Oklahoma's website.