Jan. 6 Panel To Vote On Contempt Against Former DOJ Official 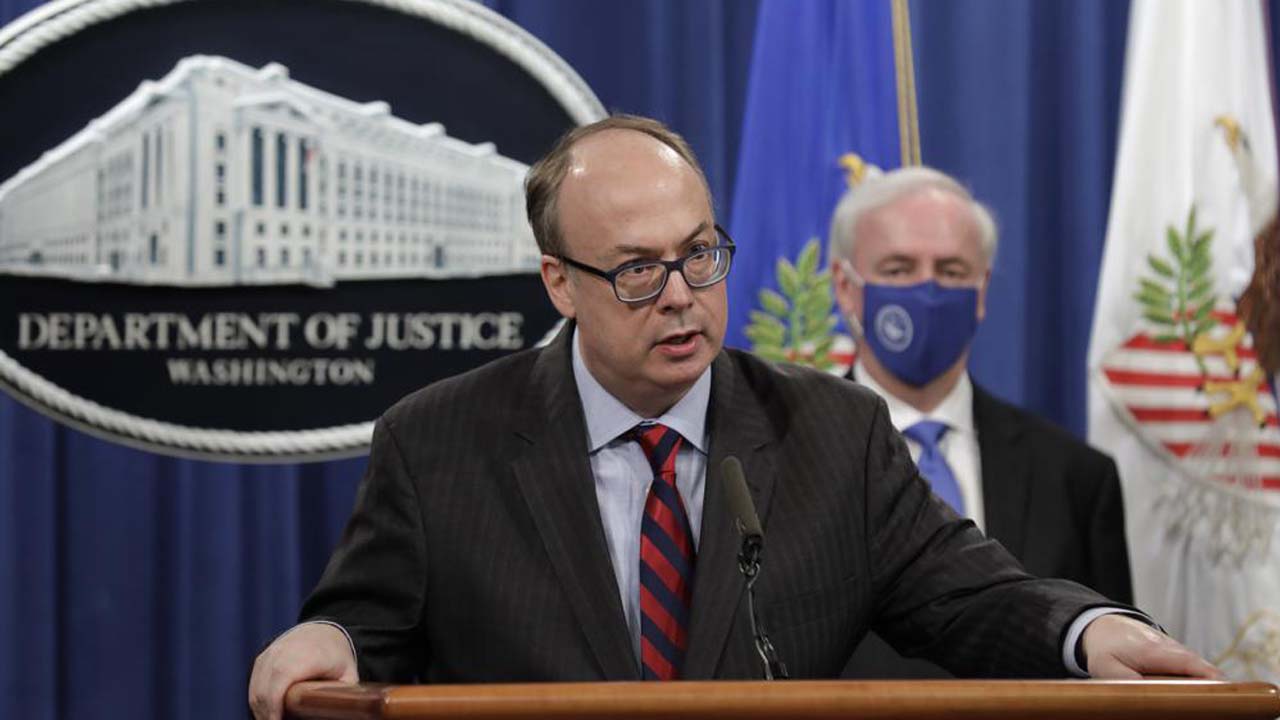 The vote to pursue contempt charges against Jeffrey Clark, a former Justice Department lawyer who aligned with Trump as he tried to overturn his election defeat, comes as Trump’s top aide at the time, chief of staff Mark Meadows, has agreed to cooperate with the panel on a limited basis. Clark appeared for a deposition last month but refused to answer any questions based on Trump’s legal efforts to block the committee’s investigation.

If approved by the panel, the recommendation of criminal contempt charges against Clark would go to the full House for a vote as soon as Thursday. If the House votes to hold Clark in contempt, the Justice Department would then decide whether to prosecute.

The panel has vowed to aggressively seek charges against any witness who doesn’t comply as they investigate the worst attack on the Capitol in two centuries. The Justice Department has signaled it is willing to pursue those charges, indicting longtime Trump ally Steve Bannon earlier this month on two federal counts of criminal contempt.

Attorney General Merrick Garland said then that Bannon’s indictment reflects the department’s “steadfast commitment” to the rule of law after Bannon outright defied the committee and refused to cooperate.

Clark’s case could be more complicated since he did appear for his deposition and, unlike Bannon, was a Trump administration official on Jan. 6. But members of the committee argued that Clark had no basis to refuse questioning, especially since they intended to ask about matters that didn’t involve direct interactions with Trump and wouldn’t fall under the former president’s claims of executive privilege.

In a transcript of Clark’s aborted Nov. 5 interview, released by the panel on Tuesday evening, staff and members of the committee attempted to persuade Clark to answer questions about his role as Trump pushed the Justice Department to investigate his false allegations of widespread fraud in the election. Clark had aligned himself with the former president as other Justice officials pushed back on the baseless claims.

But Clark’s attorney, Harry MacDougald, said during the interview that Clark was not only protected by Trump’s assertions of executive privilege, but also several other privileges MacDougald said Clark should be afforded. The committee rejected those arguments, and MacDougald and Clark walked out of the interview after around 90 minutes.

According to a report earlier this year by the Senate Judiciary Committee, which interviewed several of Clark’s colleagues, Trump’s pressure culminated in a dramatic White House meeting at which the president ruminated about elevating Clark to attorney general. He did not do so after several aides threatened to resign.

Despite Trump’s false claims about a stolen election — the primary motivation for the violent mob that broke into the Capitol and interrupted the certification of Democrat Joe Biden’s victory — the results were confirmed by state officials and upheld by the courts. Trump’s own attorney general, William Barr, had said the Justice Department found no evidence of widespread fraud that could have changed the results.

Trump, who told his supporters to “fight like hell” the morning of Jan. 6, has sued to block the committee’s work and has attempted to assert executive privilege over documents and interviews, arguing that his conversations and actions at the time should be shielded from public view.

Clark is one of more than 40 people the committee has subpoenaed so far. The panel’s chairman, Mississippi Rep. Bennie Thompson, wrote in Clark’s subpoena that the committee’s probe “has revealed credible evidence that you attempted to involve the Department of Justice in efforts to interrupt the peaceful transfer of power” and his efforts “risked involving the Department of Justice in actions that lacked evidentiary foundation and threatened to subvert the rule of law.”

After Clark refused to answer questions, Thompson said it was “astounding that someone who so recently held a position of public trust to uphold the Constitution would now hide behind vague claims of privilege by a former President, refuse to answer questions about an attack on our democracy, and continue an assault on the rule of law.”

A lawyer for Meadows, George Terwilliger, said Tuesday that he was continuing to work with the committee and its staff on a potential accommodation that would not require Meadows to waive the executive privileges claimed by Trump or “forfeit the long-standing position that senior White House aides cannot be compelled to testify before Congress.”

Terwilliger said in a statement that “we appreciate the Select Committee’s openness to receiving voluntary responses on non-privileged topics.” He had previously said that Meadows wouldn’t comply with the panel’s September subpoena because of Trump’s privilege claims.

Thompson said that Meadows has provided documents to the panel and will soon sit for a deposition, but that the committee “will continue to assess his degree of compliance.”

Under the tentative agreement, Meadows could potentially decline to answer the panel’s questions about his most sensitive conversations with Trump and what Trump was doing on Jan. 6.

Still, Meadows’ intention to work with the panel is a victory for the seven Democrats and two Republicans on the committee, especially as they seek interviews with lower-profile witnesses who may have important information to share. The panel has so far subpoenaed more than 40 witnesses and interviewed more than 150 people behind closed doors.

Jan. 6 Panel To Vote On Contempt Against Former DOJ Official