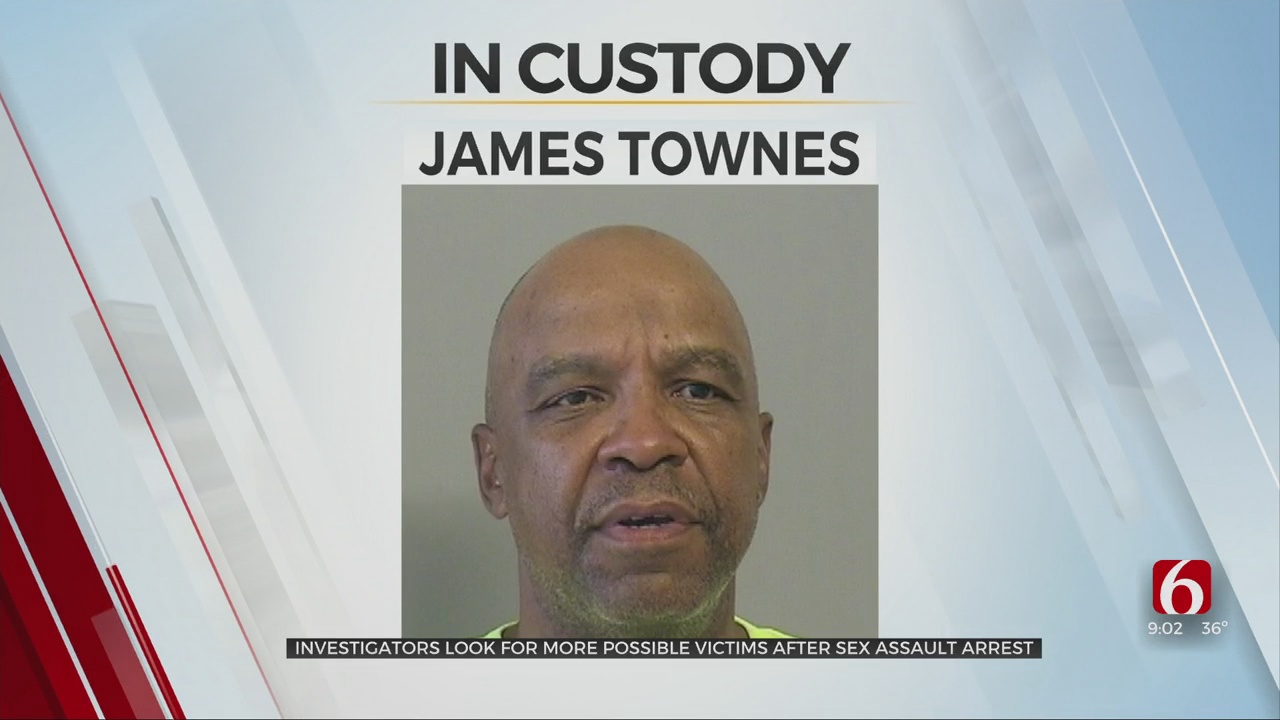 Tulsa Police say there may be more victims connected to a string of rapes and sexual assaults.

The suspect, James Townes, was arrested in September.

Police said Townes had either been named or caught on camera in five different sexual assaults and one burglary in less than two weeks.

Lieutenant Darin Ehrenrich with TPD's Special Victims Unit believes there are likely more assaults that have not been reported.

“My gosh, I mean when you look at this series of events; I mean as a police office and investigator it’s terrifying to know that there was a person like that out there," he said.

Officers arrested Townes on September 16th during a traffic stop - but in the two weeks before that, he'd been a suspect in five different sexual assault cases and one armed robbery.

“There was a lot of them that came in very quickly and they were all very, very serious crimes," Ehrenrich said.

Investigators say most of the rapes and assaults happened in areas near 45th and Peoria. Townes was arrested after police say the woman got into his car for a ride and he pulled out a gun to keep her from leaving.

She got away - but officers tracked Townes down just hours later.

“Just to know that his guy is locked up and that this reign of terror is ended. I mean as an investigator that’s just an incredible relief," Ehrenrich said.

"If I’m relieved as an investigator, there’s got to be an exponentially greater amount of relief from these victims.”

Ehrenrich believes because the vast majority of sexual assaults go unreported and there are likely more victims who may be willing to talk now that Townes is off the streets.

"He will be in Tulsa County jail for quite some time," Ehrenrich said.

"If you’re afraid of being believed we are here for you, we are ready to take your reports and look into them with everything we have.”

If you are a victim or know someone who may be, investigators urge you to call TPD's special victims unit directly at 918-596-9168.