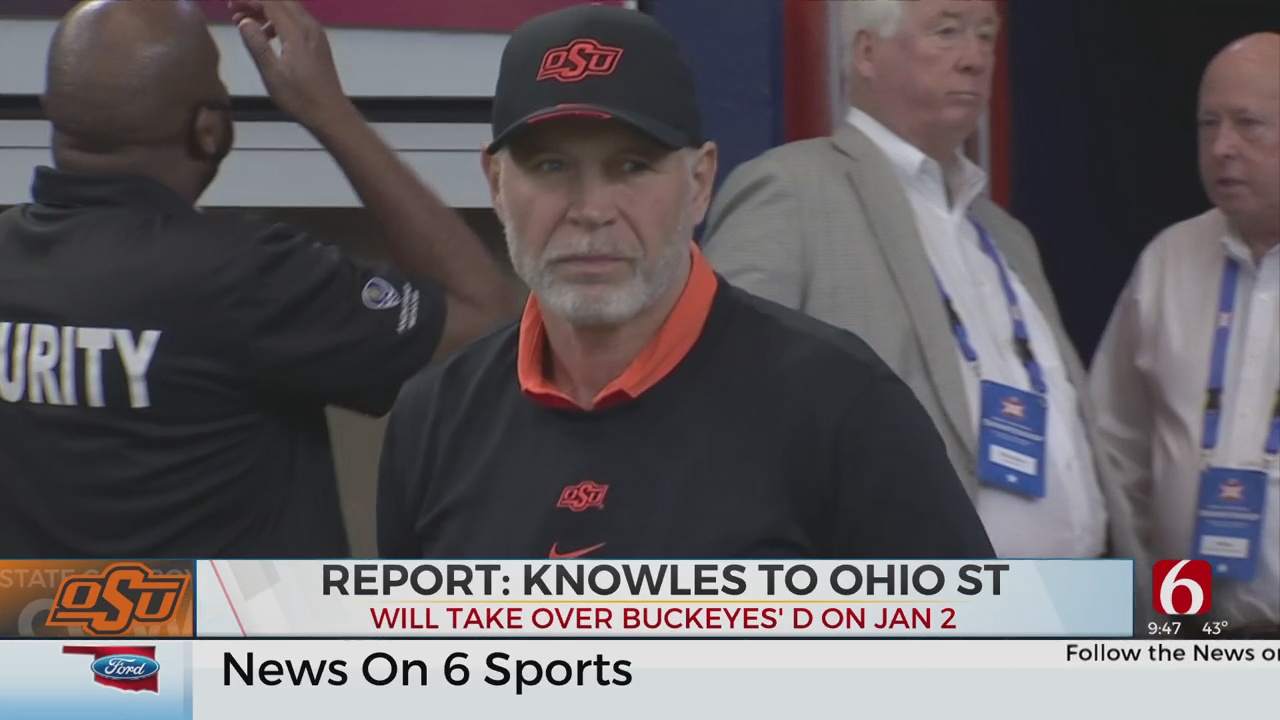 Ohio State coach Ryan Day announced Tuesday that Oklahoma State defensive coordinator Jim Knowles has been hired to serve in the same role with the Buckeyes. Knowles will head to Columbus, Ohio, after a wildly successful stint heading up the defense for the Cowboys from 2018-21.

"I have offered a position on the Ohio State football staff to Oklahoma State University defensive coordinator Jim Knowles and he has accepted it," Day said. "Starting Jan. 2, Knowles will be the Buckeyes' new defensive coordinator. What is most important at this time is that we put our players in the best position possible to finish this season with a win in the Rose Bowl. To that end, we will continue our planning and preparation for the game with our current staff of 10 assistant coaches."

Knowles led a Cowboys defense that finished the regular season third in the nation in total defense (278.4 yards per game), fourth in yards per play (4.41), seventh in scoring defense (16.8 points per game) and second in third-down defense (25.81%). What's more, his defense has improved in terms of total defense and yards per play allowed in each of his four seasons in Stillwater. He took a defense that was a punchline before he arrived and transformed it into a power that came within an inch of the Big 12 championship and a potential College Football Playoff berth.

Knowles, 56, will step into the role occupied by Kerry Coombs, who was stripped of his play-calling duties after the Week 2 loss to Oregon and replaced by secondary coach Matt Barnes. It's unclear if Coombs and/or Barnes will remain on the staff when Knowles takes over the Buckeyes defense after the Rose Bowl on Jan. 1 vs. Utah.

The Buckeyes defense has been a point of concern for several years now. It's currently ranked last in the Big Ten in red zone touchdown percentage (72.97%) and 11th in third down defense (42.11%).

Knowles' previous stops include serving as defensive coordinator at Duke from 2010-17, head coach at Cornell from 2004-09 and on the Ole Miss staff as a linebackers coach and recruiting coordinator in 2003.