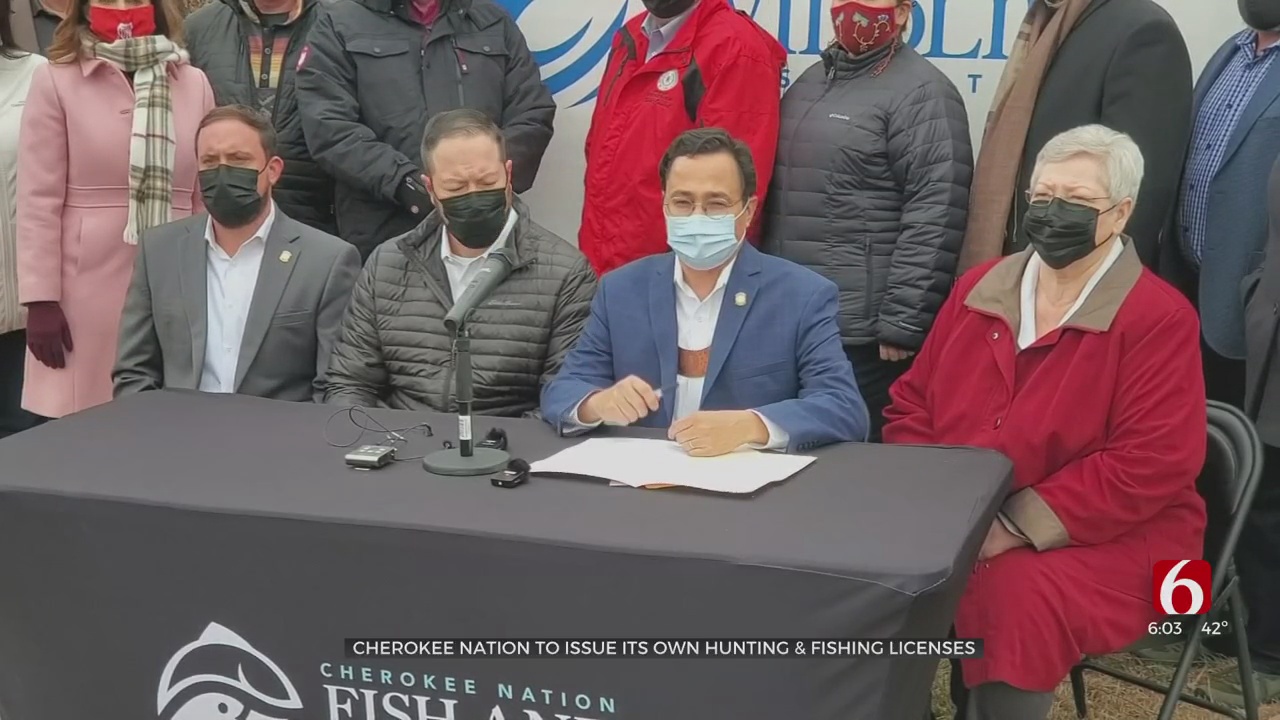 An existing compact with the State of Oklahoma on hunting and fishing licenses expires December 31, and both sides say the other has refused to negotiate further on a compromise. Hoskin criticized the Governor’s position which he said was an effort to generate controversy as the state seeks to overturn the Supreme Court ruling that affirmed the reservation land rights of the Cherokees.

An appeal is pending at the Court, which could decide in early January if it will hear the case.

Hoskin’s Executive Order aligns Cherokee hunting seasons with existing state policy, and notes tribal citizens, on tribal land, need not apply for anything to hunt and fish – their tribal card is the only identification needed. Cherokees who hunt off the reservation would need a license from the governing authority there.