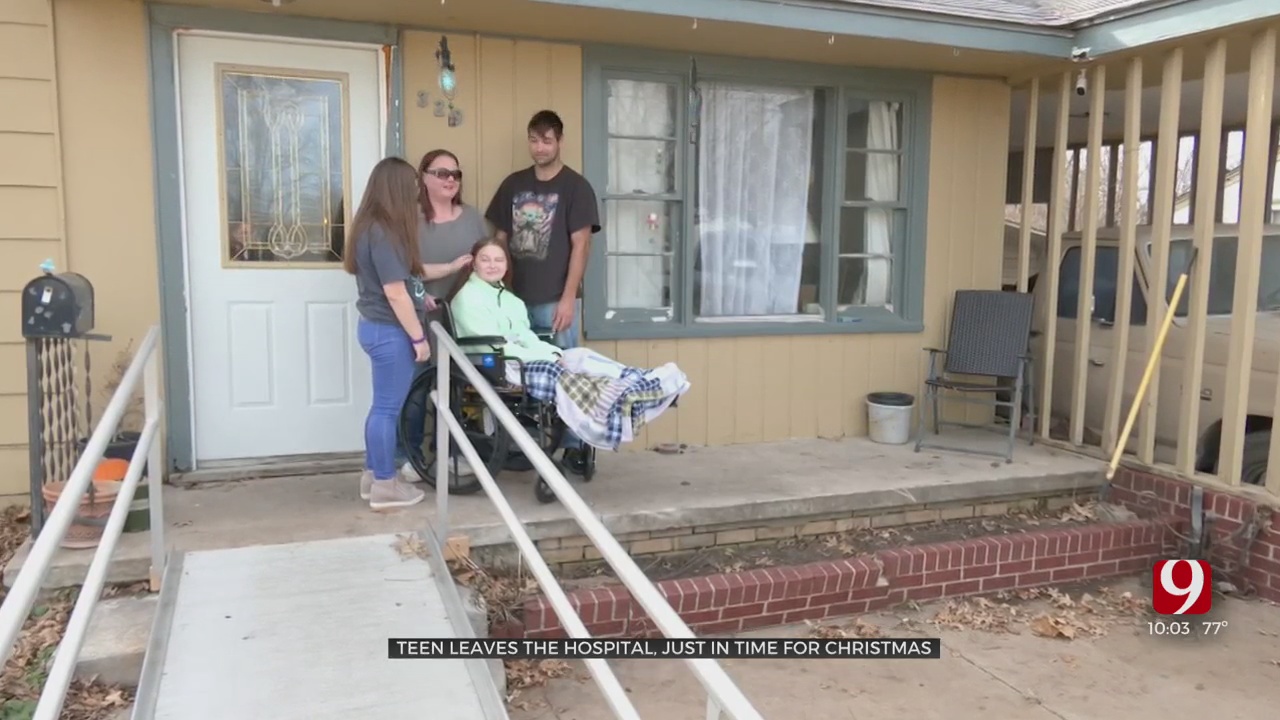 A Kay County teenager who was run over by an SUV has been released from the hospital just in time for Christmas.

Emily Shook, 14, was rushed to OU Children’s Hospital around 1 p.m. on December 5.

Related Story: Teen Seriously Hurt After Being Run Over In Vehicle By Teen Girl, Boy

Police responded to 800 block of West McKinley in Blackwell after Shook was run over by an SUV.

Blackwell Police Chief Dewayne Wood told News 9 two other teens were inside the vehicle at the time of the incident.

An investigation is ongoing into whether the act was intentional or not.

The Shook Family was unsure if Emily would survive her injuries, let alone be home for the holidays.

Before coming home, the family said Blackwell firefighters built a wheelchair ramp to the front door. A small act of kindness, that meant the world.

“I was happy, I was excited (that) she is home for Christmas. That’s all we wanted,” said Shook. “She is our Christmas miracle this year, she shouldn’t be here and she is.”

Following a whirlwind of emotions, 2021 for the shook family, will be a Christmas to remember.

“For us to almost lose her, we’re all broken,” said Shook. “It just made us all realize, don’t take anything for granted. No matter how small, how big. No matter who it is.”

Shook says Emily will spend the next three months or so in a wheelchair followed by physical therapy.

The family has started a Go Fund Me fundraiser to help pay for medication and medical bills.