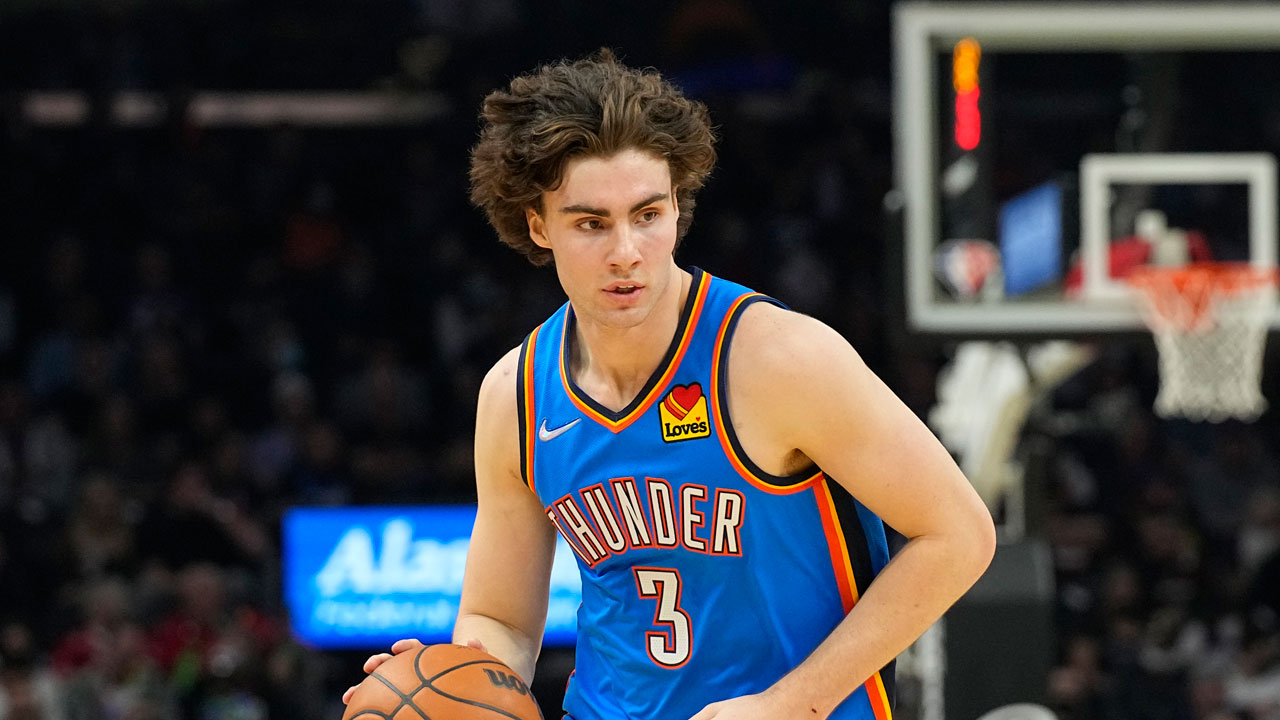 Oklahoma City point guard Josh Giddey has gone from surprise selection on draft night last summer to one of the NBA's best rookies.

The NBA announced this week that Giddey was named the Western Conference's best rookie for the month of December. The honor is Giddey's second in as many months after earning the same award for the October/November stretch to start the season.

Giddey made 10 starts in December, averaging 11.8 points, a team-best 7.1 rebounds and 6.7 assists. The Thunder said Tuesday that he was the only rookie in the NBA to average more than 10 points, seven rebounds and six assists per game in December.

Giddey also turned in the second scoreless double-double in NBA history when he posted 10 rebounds and 10 assists in a Dec. 27 win against New Orleans.

It appears Giddey is already working on a strong portfolio for January. After missing three games due to health and safety protocols, he scored 17 points, dished out 14 assists and grabbed 13 rebounds in Sunday night's loss to Dallas.

Not only was it Giddey's first triple-double in the NBA, but he also became the youngest player in NBA history (19 years, 84 days as of Sunday) to log a triple-double. Charlotte guard LaMelo Ball (19 years, 140 days old) had the record as of Jan. 2021.

Giddey is the second Thunder player ever to win the conference rookie of the month award twice.