Officers, Cowboys Wrangle Loose Cattle After Truck Crashes Along I-44 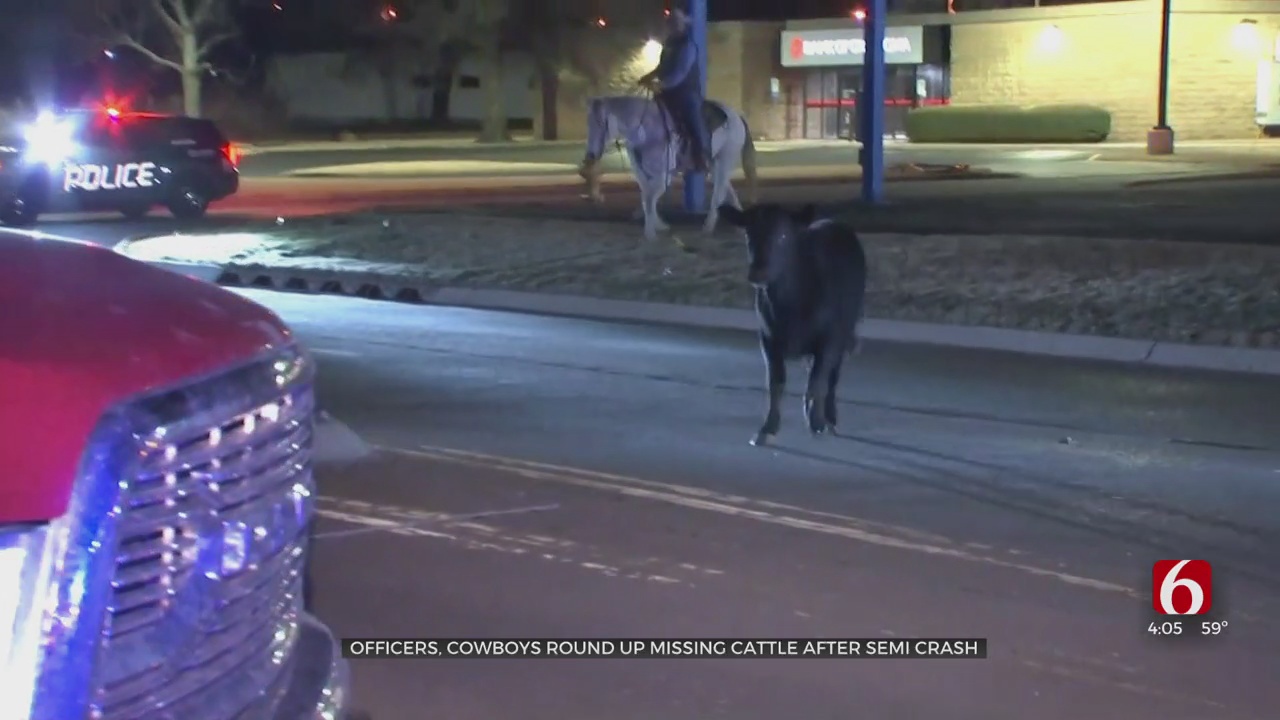 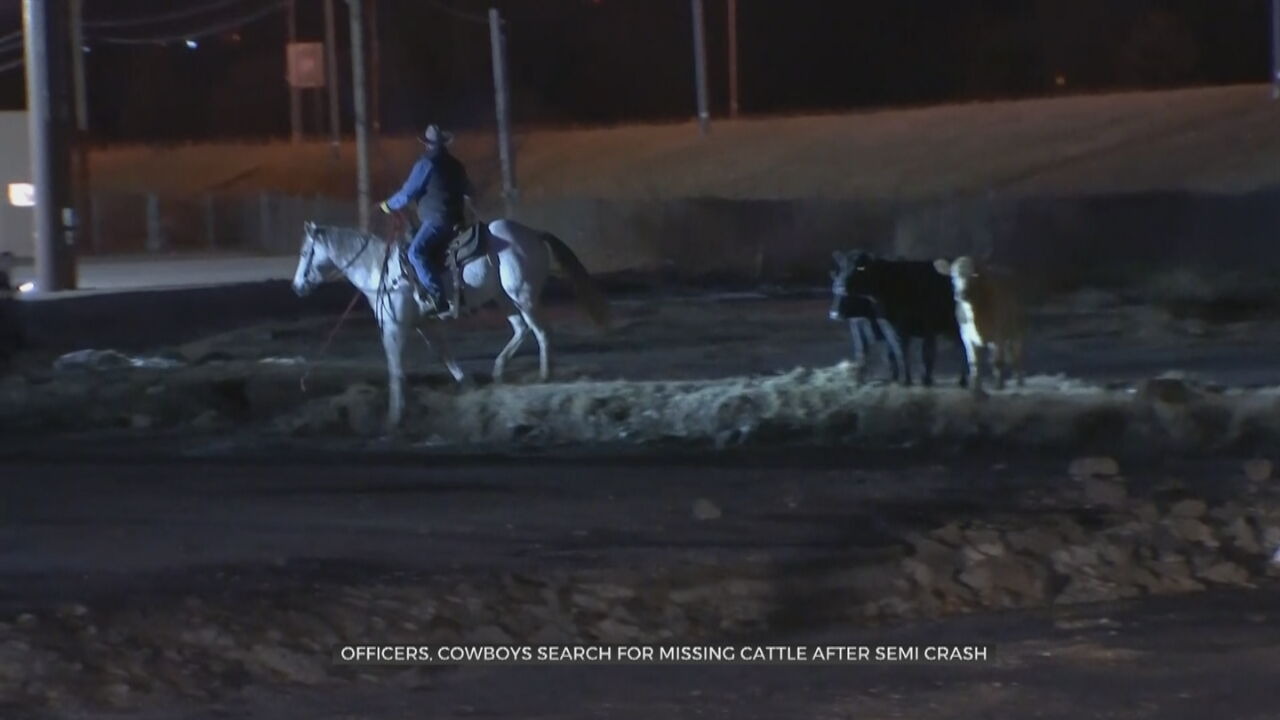 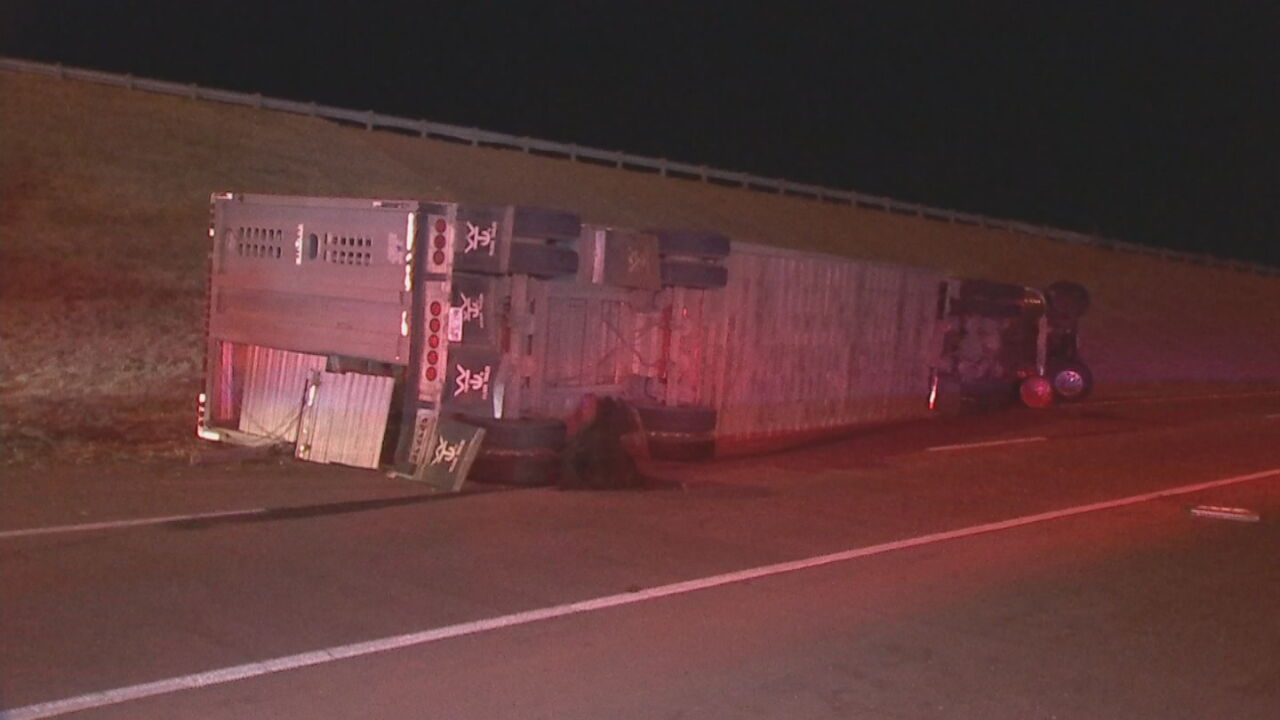 Officers, Cowboys Search For Missing Cattle After Truck Crashes Along I-44

One of the busiest highways in the Tulsa area turned into a scene from a rodeo after law enforcement and several cowboys had to work together to round up dozens of cattle that got loose when a semi-truck hauling them crashed.

Tulsa police say the crash happened just before 10 p.m. on Tuesday night and as many as 103 cattle were involved.

Officers say the semi driver was going too fast when he lost control and rolled his semi at the I-44 and 244 split in West Tulsa.

The driver was not hurt, but the same can not be said for the cattle.

"We've had a few injured cattle that have had to be put down...obviously couldn't walk, had broken legs...just miserable from the wreck," Cpt. Jerrod Hart with TPD said.

The uninjured cattle ran off after the crash, scattering in different directions.

Officers say at one point there were several running up and down the highway, in Tulsa neighborhoods, even on a local golf course.

Cpt. Jerrod Hart says they found the animals in places they shouldn't be.

"We have had some residents call in and say they've trapped a few in their backyard," Hart said. "We are writing down those locations and once we get the ones that are loose in the roads that could cause injuries we'll start to those locations and corral those and get those located."

Officers say there were a handful of wrecks because of cattle on the highway.

OHP called in cowboys from Checotah and Wagoner to help wrangle the cattle, and Hart says he's just grateful they made the long drive.

"The cowboys are a tremendous help they can move quicker with the horses quicker than we can in cars and obviously they have more ropes and tools are their disposal to get them in," Hart said.

Officers, Cowboys Wrangle Loose Cattle After Truck Crashes Along I-44

Watch: Industry Expert Discusses Toys Nominated For The 2022 Toy Of The Year Awards