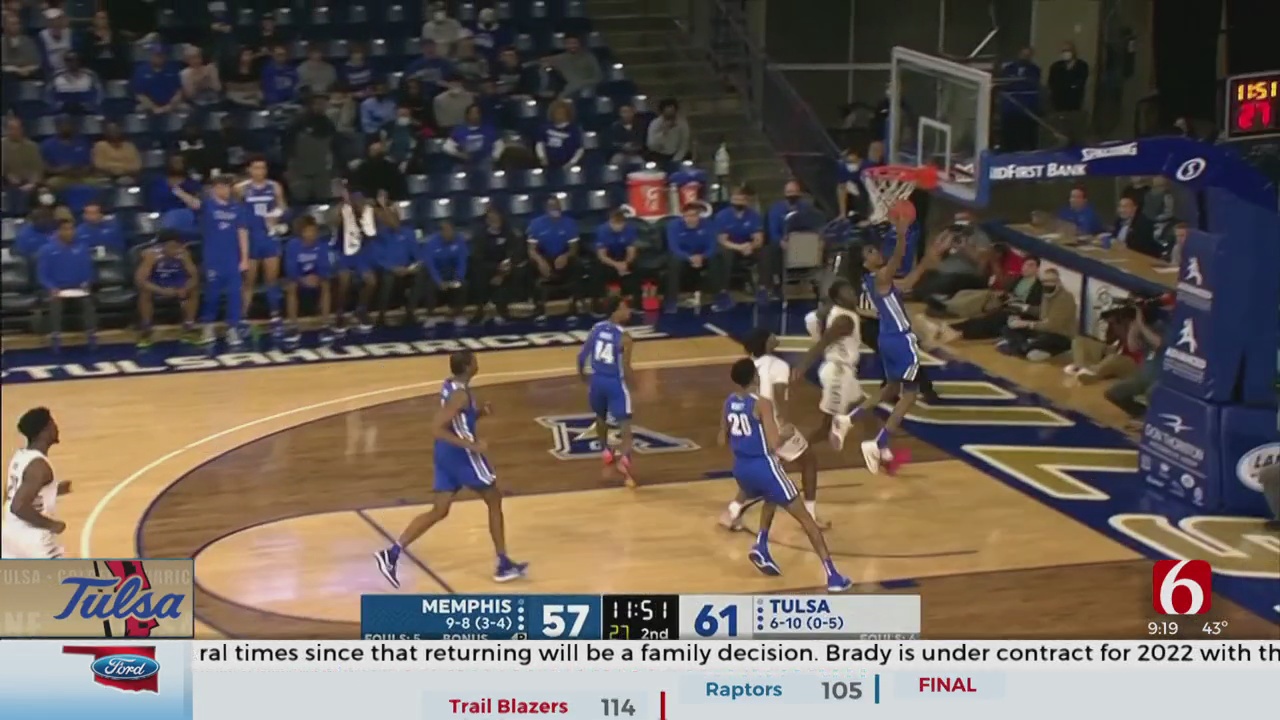 After falling behind 48-33 late in the second half, Memphis outscored Tulsa by 17 the rest of the way to earn the 83-81 win on Sunday.

Tyler Harris had a season-high 24 points to lead the Tigers.

Tulsa totaled 46 first-half points, a season high for the team.

The Tigers improve to 2-0 against the Golden Hurricane on the season. Memphis defeated Tulsa 67-64 on Jan. 4.