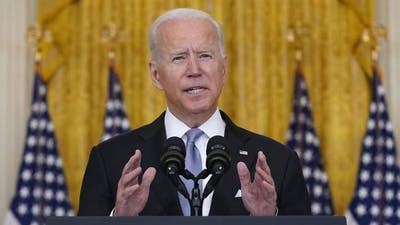 President Joe Biden will soon have the opportunity to fill a vacancy on the nation’s highest court.

Multiple sources confirm that 83-year-old Justice Stephen Breyer will soon announce plans to retire at the end of the current term.

The news comes as a relief to Democrats, who saw the court become solidly conservative under President Trump.

Democrats worried that if Breyer, the oldest current justice and one of its three remaining liberals, didn't retire then they could lose the opportunity to replace him with someone like-minded.

"[This] comes at a time when the Democrats have the slimmest, the slimmest control of the Senate," said Mark Sherman, Associated Press Supreme Court Reporter, "where a new justice would have to be confirmed."

Due to a rule change made by Republicans when they controlled the Senate under President Trump, Supreme Court nominations can no longer be filibustered. They require a simple majority for confirmation.

The Senate is currently split 50-50, with Democrats having the tiebreaker through Vice President Kamala Harris.

President Biden pledged, while on the campaign trail, that should there be a Supreme Court vacancy while he’s in office, he would hope to fill it with what would be the court’s first ever Black woman.

The president declined to discuss the matter today.

"There has been no announcement from Justice Breyer," Biden told reporters during an event to promote Build Back Better at the White House Wednesday, "let him make whatever statement he's going to make and I'll be happy to talk about it later."

The court's current ideological split, 6-3 in favor of conservatives, will not change.

Breyer, at the age of 83, is the oldest justice, nominated in 1994 by President Bill Clinton. As the Supreme Court has become increasingly conservative in recent years, Breyer has been a steady and pragmatic force, trying to forge majorities with justices both to his right and left.