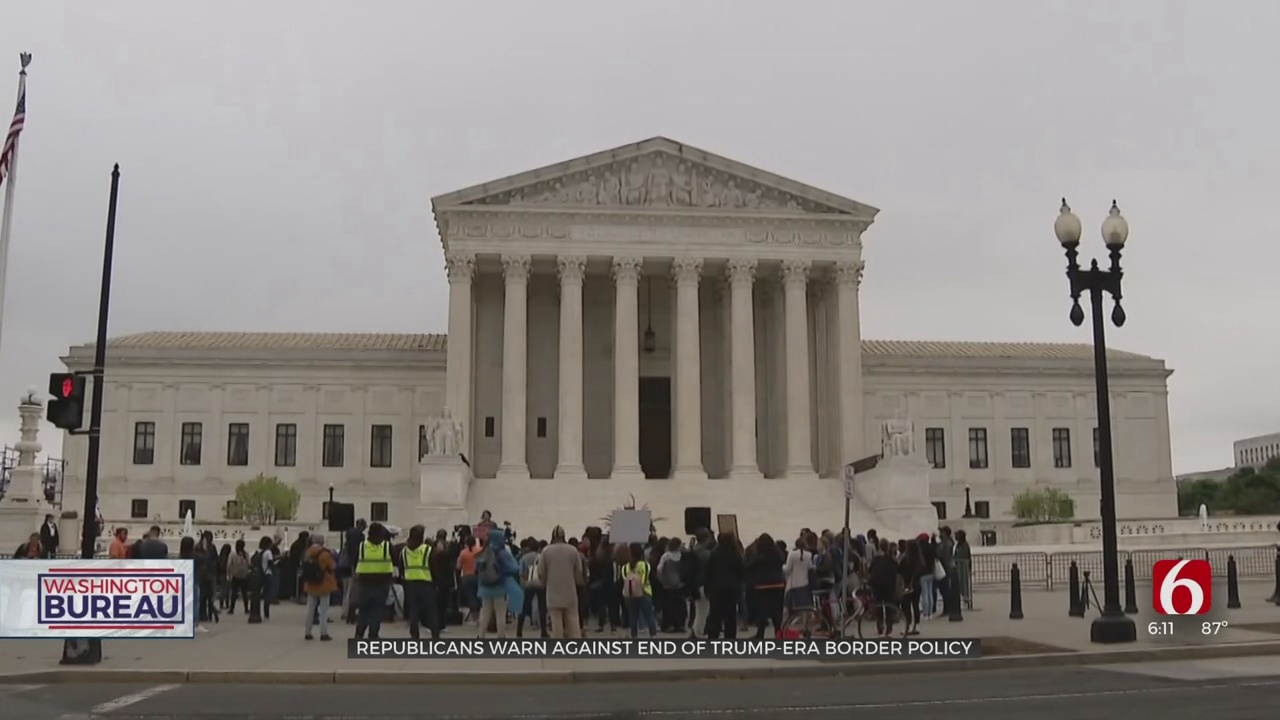 In two weeks, the Biden administration is planning to end the use of what's known as Title 42 at the southern border.

Republicans, and especially some of Oklahoma's congressional delegation, have been warning that this is a mistake. Title 42 is a public health policy that the Trump administration imposed early in the pandemic, allowing border control authorities to turn away the majority of asylum-seekers, based on the judgment by infectious disease experts that they might cause a greater spread of COVID-19.

Earlier this year, the Centers for Disease Control concluded the use of Title 42 was no longer warranted as the administration announced it would be lifted on May 23.

“Title 42, I’ve been fighting its lifting on the southern border since December of last year,” said Sen. James Lankford (R-OK) in an interview Wednesday.

Sen. Lankford had been a critic of the administration's border policies well before the issue of Title 42 arose, pointing to the record number of migrants trying to illegally cross the southwest border (about 2.5 million) since President Biden took office. Now, with the administration itself admitting that lifting Title 42 is likely to lead to an even greater surge of migrants at the border, Lankford is saying, 'wait.'

“What we have said is, we understand Title 42 is not forever,” said Lankford, “but you’ve got to have some plan to put in place to be able to replace it.”

The administration says it does have a plan and that it has been preparing for the eventual discontinuation of Title 42 for months.

At a Senate Homeland Security Committee hearing last week, Lankford had the chance to question agency leaders about the strategy, and specifically whether the administration is pressuring Central American nations to do more to secure their borders.

"We have strong partnerships with countries in Central America," said Emily Mendrala, Deputy Assistant Secretary for the Bureau of Western Hemisphere Affairs at the Department of State, "and many of them are enforcing their borders for their own reasons and to protect their own national interests...We are supporting through our foreign assistance training of border personnel for example to train them on more effective, more humane enforcement tactics. But I would say that most of the countries in the region are conducting those enforcement actions out of their own national self-interest."

"But that’s not additional border enforcement," Lankford responded. "I’m asking specifically what’s in the plan, what State Department is doing to put leverage on countries to enforce their own borders?"

Proponents of lifting Title 42 say a public health policy is wrongly being used as an immigration tool, the result being that people with legitimate fears and legitimate claims to asylum are being turned away illegitimately. But Republicans warn this will turn into a serious national security issue if Title 42 is lifted now. Congressman Markwayne Mullin (R-OK2) says, without the policy. criminals will get into the country and threaten border communities.

Lankford, Mullin, and other Republicans also point to what to them seems like a clear contradiction -- lifting a policy because the spread of Covid is supposedly no longer a major risk, at the same time that the administration is pressing Congress to approve $22 billion dollars in new Covid relief funding.