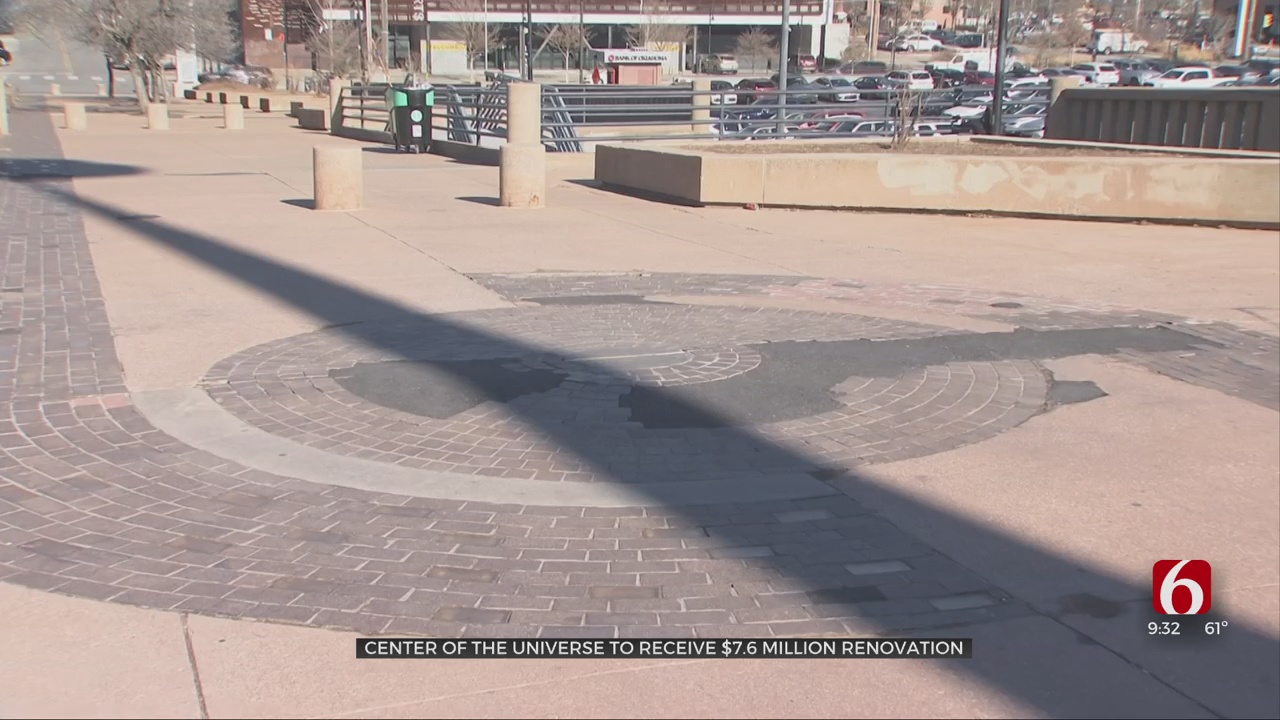 The Center of the Universe in Downtown Tulsa is going to get a major renovation later this year.

The $7.6-million renovations will remove four decades of decaying concrete and rebuild the structure of the Boston avenue bridge it sits on.

President and CEO of the Downtown Tulsa Partnership, Brian Kurtz, wants to preserve the Center of the Universe. He said its current condition is far less than ideal.

"We want to turn this into the type of iconic destination that Tulsa deserves," he said.

The project is a public-private partnership.

Kurtz said the city has funding for $4-million in bridge repairs needed before improvements can be made.

The Downtown Tulsa Partnership is responsible for the redesign of the Center of the Universe plaza, which hundreds of people walk through each day.

It's still early in the planning phase. Kurtz encourages people to submit their ideas for improvements.

The partnership hopes to submit a conceptual design to the city in June.