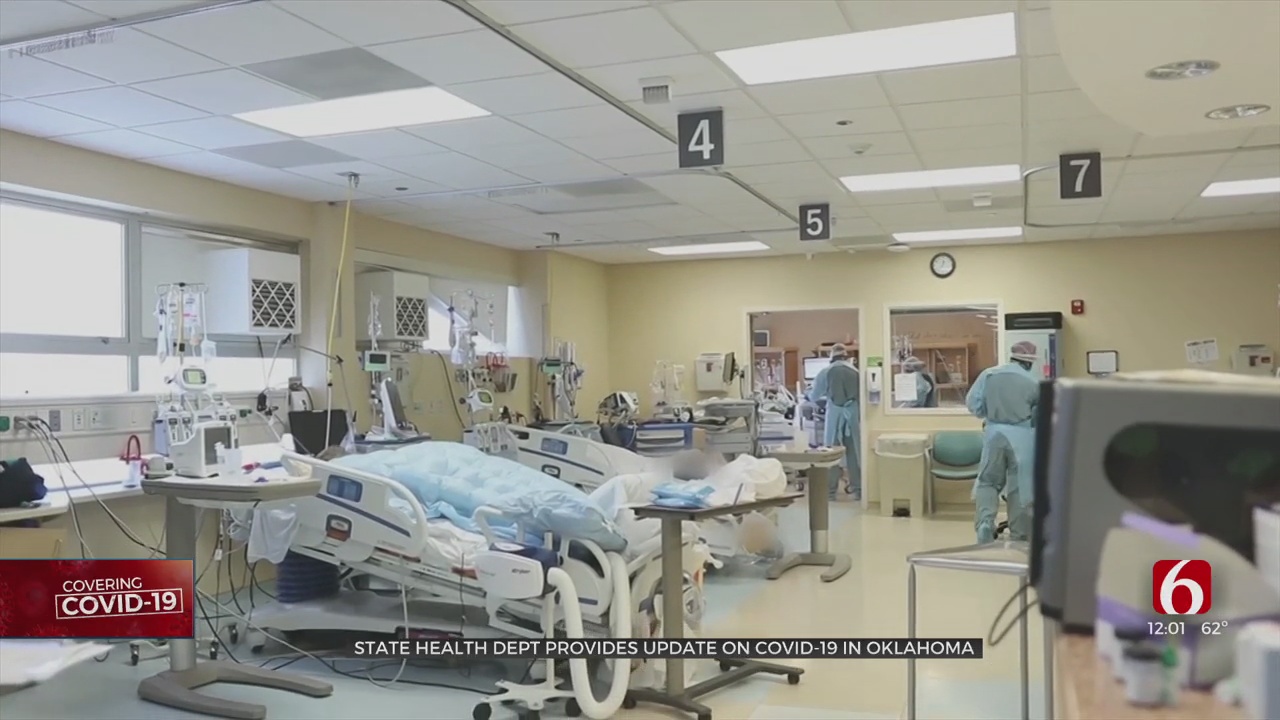 Oklahoma surpassed 1 million total COVID-19 cases since the start of the pandemic on Wednesday.

It comes as the state reported more than 1,700 new cases.

Even though the number of Oklahomans infected continues to increase, the State Department of Health is seeing a decrease in the number of people being hospitalized.

"We have already hit that number with lag times and reporting. Oklahomans who have not been tested because they have an asymptomatic case, at-home tests being available as well as those that just chose not to get tested," Reed said.

Commissioner Reed said at-home testing kits are impacting the number of daily reported cases, but he says there's still data the state can use to see a downward trend in cases

"So we know that those at-home tests and stuff like that, it's going to impact our daily reports but we still can monitor what we do have out there, the testing systems we do have that we're picking up and we need to view those as a surveillance system."

The state also has an update on the 7-day average broken down by zip codes.

News On 6's Mallory Thomas will have more on that, at 4 p.m.