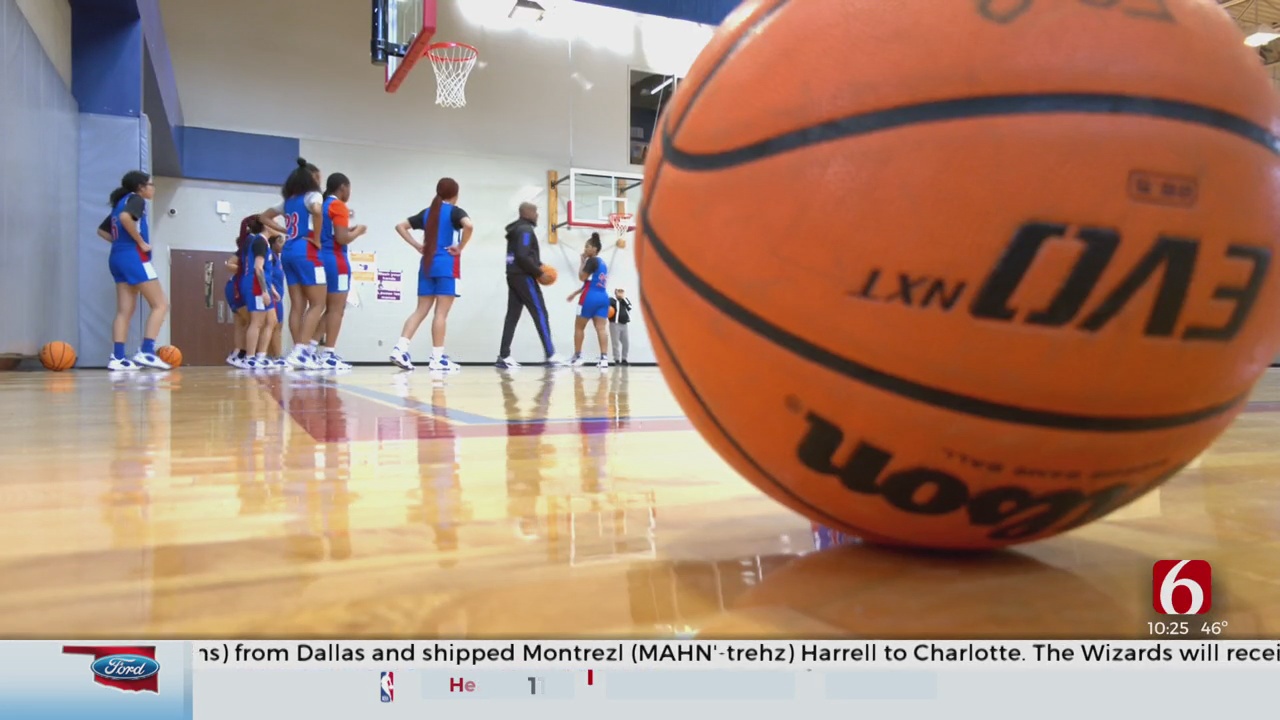 The Memorial Chargers girls basketball program is one of the top teams in the state.

The team has just four losses on the year.

Their third year Head Coach James Asberry has been able to motivate them in ways that previous coaches were unable to do.

No one person can be in two places at once, but Memorial Chargers Head Coach James Asberry somehow manages to pull it off.

Not only does he coach the chargers but he has also been a Tulsa County Sherriff for the past 27 years - all while raising his seven children.

Balancing it all hasn't been easy.

His wife passed away from complications of Lupus in 2017. His love of basketball and keeping a single promise to his late wife, Tia, keeps pushing him.

"She knew that coaching was one of my passions. So when she was in her final days, she made me promise I would continue that, amongst other things that she wanted for us," said Asberry.

These extra jobs help him stay motivated. With the loss of his wife, his energy for life is through his Memorial Chargers team every time he steps foot on the court.

"Just like a basketball game, you got a game of runs. You have gotten some up and downs in there. But overall, it's a joy. These girls keep me young," added Asberry.

His joy for life inspires his players on the court.

"I give the glory and honor to God for getting me and my team where we are," said player Destiny Smith.

"He might be hard on us but it's to make us better so he is a good coach," said another player, Nakya Blakley.

He’s proven to be the right man for the job, for all four jobs.

"We are all family and in the end we all believe that," said Asberry.