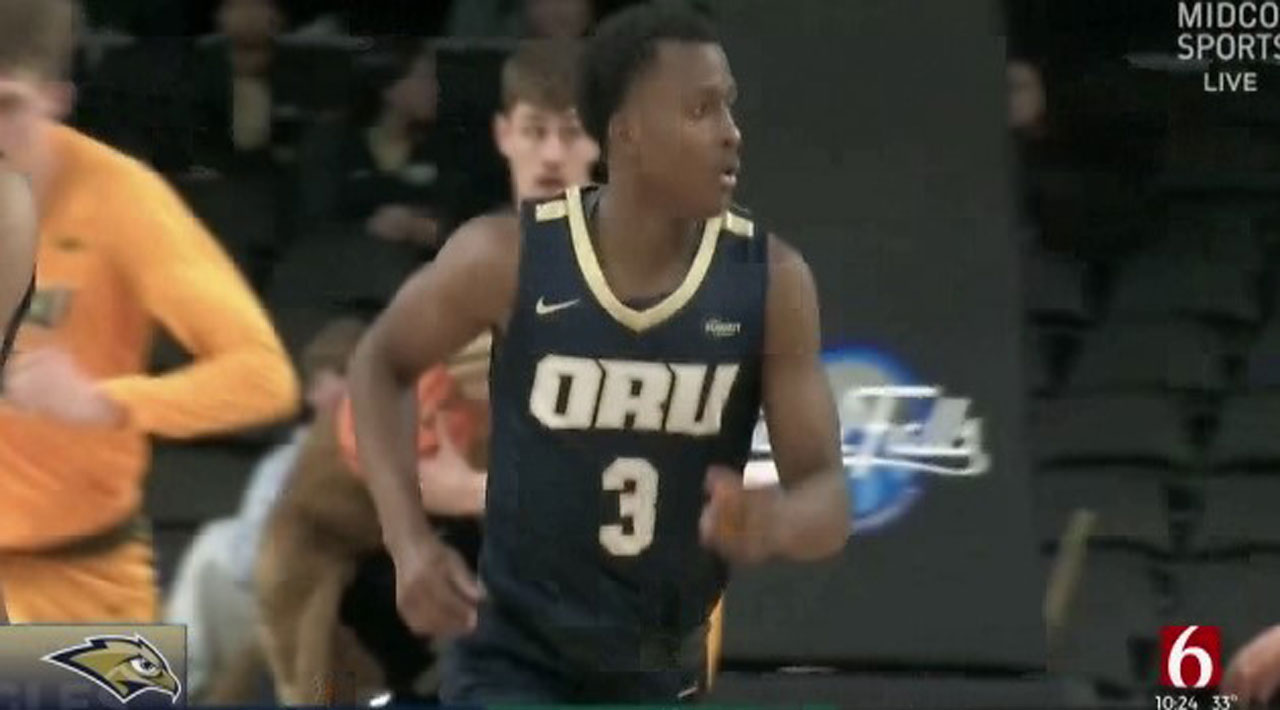 Sam Griesel scored a season-high 26 points, tying his career high, as North Dakota State rolled past Oral Roberts 92-72 in the semifinals of the Summit League tournament on Monday night.