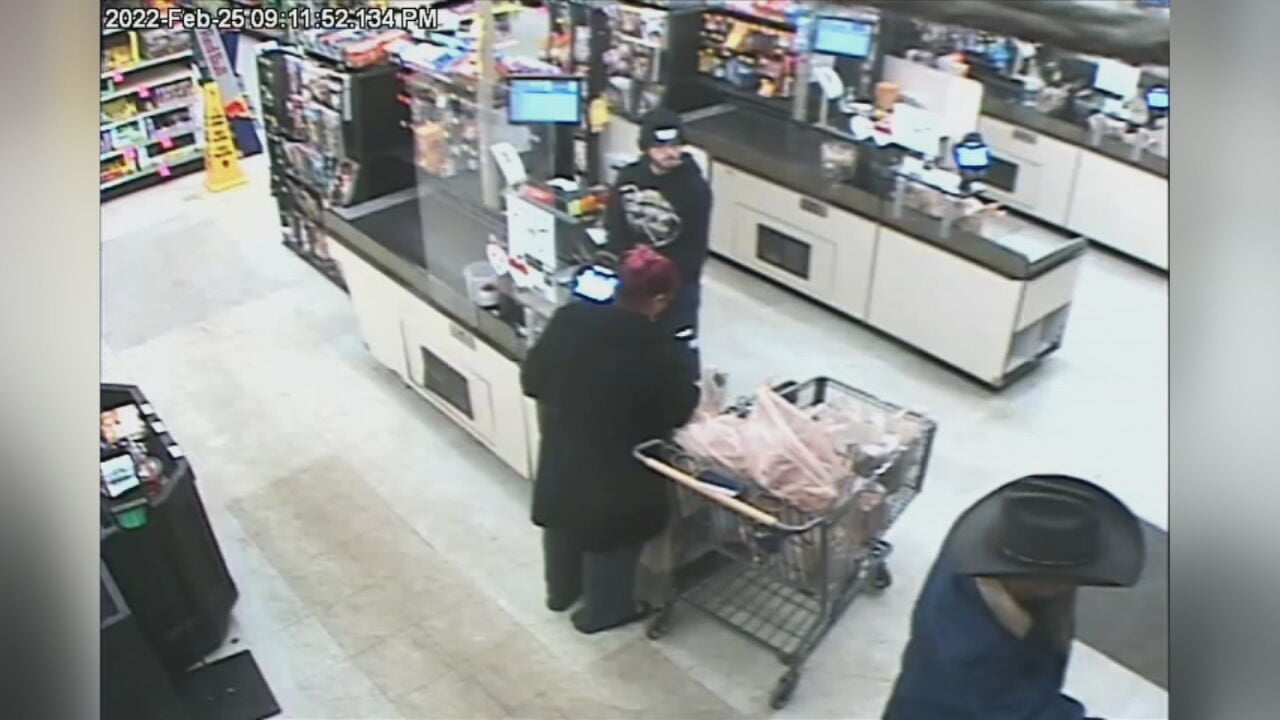 A teenager who works at a grocery store in Salina was knocked out by a customer. The young man said he's dealt with angry customers before. In his three years working at Harps, he's never experienced this.

The surveillance video shows the moment 19-year-old Dalton McWhirt was punched in the face at work.

"When I woke up I didn't know what happened, and so just watching it play out like that is crazy," he said.

Dalton said it was just a normal night at work at Harps Grocery and he was helping the last few customers. He said the man was upset about his bill and began cussing at him so they asked him to leave. A coworker had unlocked the door for the man, but he began shouting at her.

"So I walked over there because I was kind of scared he was going to hit her or something, and he just punched me," Dalton said.

Dalton said the punch knocked him out, he woke up with a busted lip, a concussion and a swollen neck. He ended up going to the hospital.

He said police were called. Since the man is a tribal member, the Cherokee Nation took over the case. The man was recently charged with one count of misdemeanor assault and battery.

Dalton's mom Melinda said she's thankful it stopped with that one punch, but this entire situation has been frustrating.

"It's just infuriating that it's a misdemeanor, but I mean, if that's what it is, then as long as we can get justice for what happened," she said.

Dalton said he's thankful for support he's had from the community, but he's also been on edge ever since it happened.

"It's crazy because I've always felt welcome in town, just felt like I could go pretty much anywhere, and having that pretty much cut off is crazy," he said.