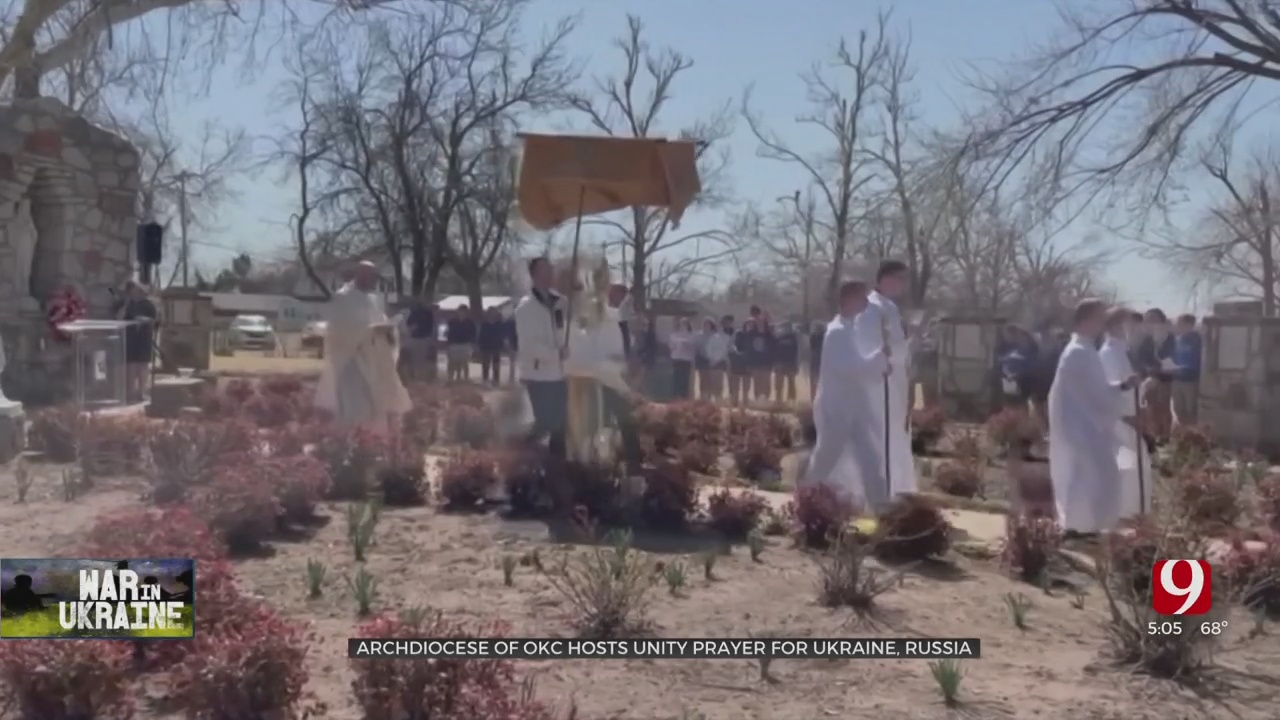 In light of the conflict between Russia and Ukraine, the catholic community of Oklahoma City banded together for an act of consecration to the Immaculate Heart of Mary Friday morning.

They prayed for the two nations, asking for peace and unity.

Over three hundred students showed up for this powerful event, as well as other alumni and members of the catholic community.

Catholic parishioners also gathered all over the world, after Pope Francis urged all Catholics to pray for peace in the region.

"Archbishop was celebrating mass with every school," Diane Clay, Director of Communications at Archdiocese OKC.

"It just happened to be on the day that Pope Francis asked for bishops all around the world to do a special prayer for humanity for peace for end of war, especially for Ukraine and Russia."

"What I always prayed was for this grotto and this beautiful school to be used for such a wonderful way," said attendee Jay Brinkman. "We had a beautiful day."

The significance of the burial of the medals was to bless the campus and provide protection.

At the same time, Pope Francis consecrated Russia and Ukraine to the Immaculate Heart of Mary during a celebration at The Vatican -- with many saying it will be remembered to many as one of the milestones of his Pontificate.