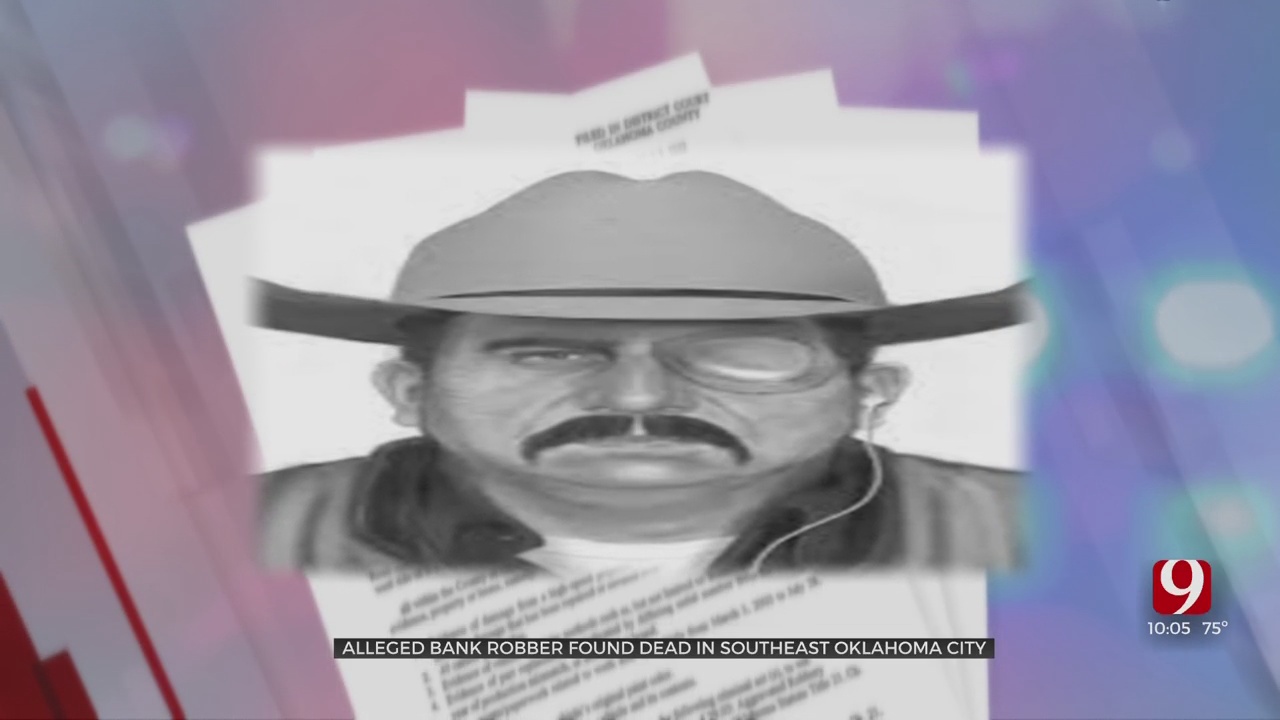 The search for a serial bank robber who shot a police officer nearly twenty years ago is finally over.

The Oklahoma City man fell to his death from a radio tower near Southeast 66th and I-35 on Sunday.

According to court filings, his death comes as Federal and state investigators were closing in.

According to documents filed this week, Mark Long robbed seven banks in three states between 1998 and 2003. In his final robbery, reports show Long shot and wounded a Texas police officer.

Below a cellphone tower police discovered the body of 60-year-old Mark Long. A man who investigators say is responsible for a string of bank robberies, two of which happened in Oklahoma City in 1998 and 1999.

Still photos were captured from a robbery in 2003 in Watauga, Texas.

At the time investigators in North Richland Hills, Texas, a suburb of Fort Worth dubbed the robber the "Cowboy Hat Bandit."

According to court records, in what's believed to be the seventh and final bank robbery Long entered the bank donning a cowboy hat, fake mustache, and an eye patch.

After demanding cash and speeding away, a motorcycle officer attempted to pull Long over when Long shot at him five times, hitting him once in the ankle.

North Richland Hills Police recently got a break in the case, after connecting DNA left at Long's crime scenes to DNA entered by a relative into a public genealogy database.

Undercover Texas investigators followed that DNA to Oklahoma City, where they followed Long from his house to a restaurant in February. There, they collected Long's straw, fork and spoon.

That DNA taken from those items matched the DNA investigators say was left behind at multiple crimes scenes.