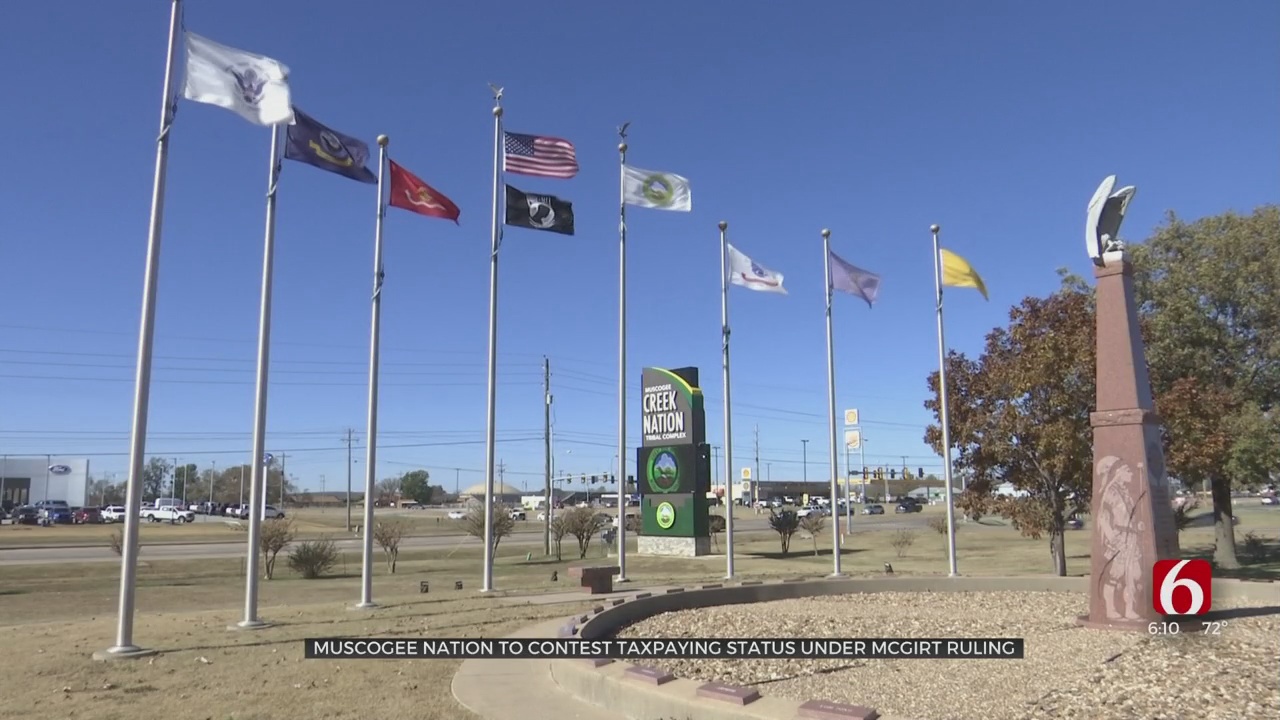 The Muscogee (Creek) Nation plans to file a federal lawsuit challenging tax laws in Oklahoma. The tribe said because of the Supreme Court's McGirt ruling, the state can’t collect taxes from tribal members who live and work on the tribe's land.

Tribal leaders said the commission should apply Indian country tax exemptions to their entire reservation, which includes part of Tulsa.

Governor Kevin Stitt sees it differently. "I've seen this coming,” said Stitt. “I've been predicting this. I've been warning Oklahomans that this could very easily move into civil or taxation and I've proven to be correct."

News on 6 caught up with the Governor in Tulsa Friday afternoon. Stitt said McGirt only applies to the major crimes act, not civil matters.

He said tribal members, who live in Tulsa and surrounding areas, still use the same roads, public schools and services as everyone else.

“It is un-American to think about one punishment or one set of rules for one race and everybody else pays a different set of rules,” said Stitt. “I can't believe as Governor I have to talk about that. We want equal protection under the law. It doesn't matter who you are, what race."

The tax commission estimates the state would lose about $72,000,000 if tribal members in eastern Oklahoma stopped paying taxes. Stitt worries it could be even higher.

"If they win this lawsuit…it's going to open the flood gates,” said Stitt. “I'm just so afraid of what the future of eastern Oklahoma would look like if we started having different sets of rules based on your race."

The Muscogee (Creek) Nation sent News On 6 a statement: "The Muscogee (Creek) Nation has authorized its Attorney General to file a lawsuit in Federal Court to address the Oklahoma Tax Commission’s refusal to follow a decades-old law that provides for MCN citizens who live and earn income from sources within the Reservation to claim an income-tax exemption. It shouldn't require a Federal Court case for the State to respect the law, but the Nation is committed to defending the rights of its citizens by ensuring the State complies with the law."