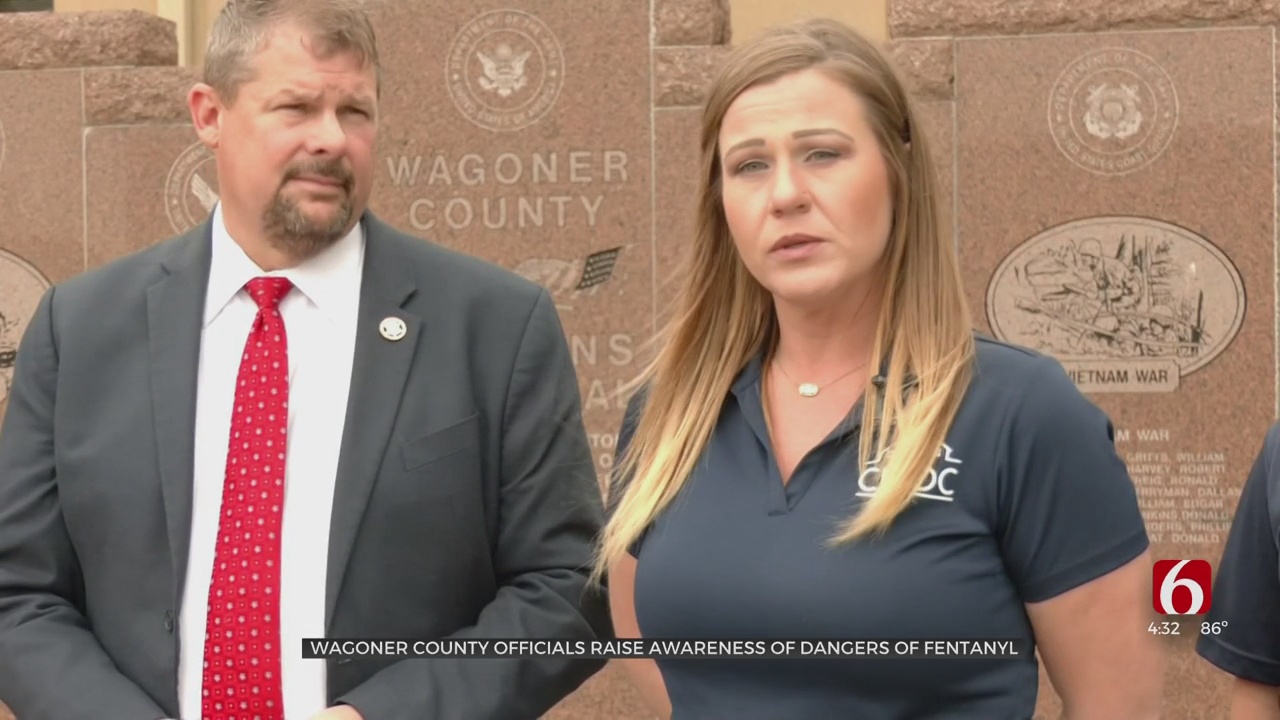 National Fentanyl Awareness Day is Tuesday, May 10th, and one Green Country district attorney said he is extremely troubled by the increase in fentanyl cases. Police and drug rehab centers said they have seen the deadly painkiller fentanyl mixed with all kinds of drugs, but some people are even taking it by itself, even though it's known as the one pill kill. “They said that they used straight fentanyl. It was kind of a shock to me, but when they tell you it’s cheaper than meth, then we know that’s going to be an ongoing problem," said Terri Garrett.

“They’re mixing it in with regular drugs. So you may desire heroin but they are putting it in there. It’s highly addictive but it’s 100 times more powerful than heroin," said District Attorney Jack Thorp.

Thorp said in the four counties he serves, there have been 76 drug or alcohol-related deaths in the past 16 months. He said 60 percent of those people had fentanyl in their system.

“Go to a counseling agency, sometimes that’s hard for a lot of people because they feel like they get stigmatized. So we have a lot of different agencies that we work with to help combat different things like that," said Garrett.

They hope to stop people from dying but are worried it is going to get worse before it gets better.

”When times get hard individuals need resort to those things because they need that escape, but there are a whole lot better escapes than taking a drug and dying that’s for sure," said Thorp.