US To Ease A Few Economic Sanctions Against Venezuela 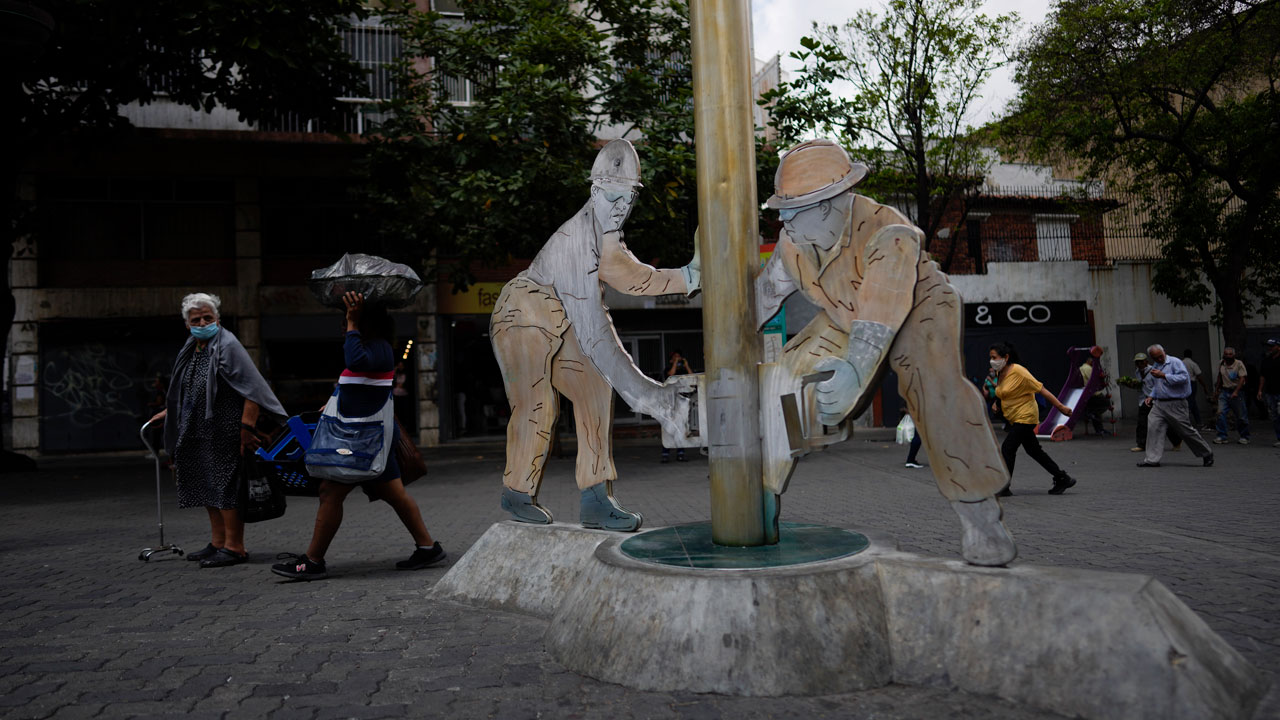 The United States government is moving to ease a few economic sanctions on Venezuela in a gesture meant to encourage resumed negotiations between the U.S.-backed opposition and the government of President Nicolás Maduro.

The limited changes will allow Chevron Corp. to negotiate its license with the state-owned oil company, PDVSA, but not to drill or export any petroleum of Venezuelan origin, two senior U.S. government officials told The Associated Press late Monday. The officials spoke under the condition of anonymity because the formal announcement had not been made.

Additionally, Carlos Erik Malpica-Flores — a former high-ranking PDVSA official and nephew of Venezuela’s first lady — will be removed from a list of sanctioned individuals, they said.

The moves follow goodwill gestures by Maduro after meeting in March with representatives of the administration of President Joe Biden and a recent gathering in Central America between U.S. officials and the main Unitary Platform opposition coalition to discuss a path forward.

“These are things that ... the Unitary Platform negotiated and came to us to request that we do in order for them to be able to return to the negotiating table,” one of the officials said.

Scores of Venezuelans, including the country’s attorney general and the head of the penitentiary system, and more than 140 entities, among them Venezuela’s Central Bank, will remain sanctioned. The Treasury Department will continue to prohibit transactions with the Venezuelan government and PDVSA within U.S. financial markets.

Venezuela’s government suspended talks with the opposition in October after the extradition to the U.S. of a key Maduro ally on money laundering charges. Maduro at the time conditioned his return to the negotiating table on the release from custody of businessman Alex Saab, who was extradited from the African nation of Cape Verde.

The negotiations took place in Mexico City under the guidance of Norwegian diplomats.

California-based Chevron is the last major U.S. oil company to do business in Venezuela, where it first invested in the 1920s. Its four joint ventures with PDVSA produced about 200,000 barrels a day in 2019, but the U.S. government ordered it in 2020 to wind down production, and since then, it has only been allowed to carry out essential work on oil wells to preserve its assets and employment levels in Venezuela.

The change allows “Chevron to negotiate the terms of the potential future activities in Venezuela,” a senior U.S. official told reporters Tuesday. “It does not allow entry into any agreement with PDVSA or any other activity involving PDVSA or ... Venezuela’s oil sector. So, fundamentally, what they are doing is just allowed to talk.”

Chevron did not immediately respond to a request for comment Tuesday. The company’s investments in Venezuela’s oil fields and machinery over the last century had an estimated value of $2.6 billion as of 2020.

Venezuela sits atop the world’s largest oil reserves, yet its political upheaval and economic decline have pushed more than 6 million people to migrate in recent years. About three quarters of those who remain live on less than $1.90 a day, considered the international standard for extreme poverty, and many lack access to clean, running water and electricity.

The U.S. and other countries withdrew recognition of Maduro after accusing him of rigging his 2018 reelection as president. In his place, they recognized Juan Guaidó, who was head of the then-opposition-dominated congress and remains the leader of the Unitary Platform.

For the past five years, the U.S. has used punishing financial and personal sanctions, criminal indictments and support for clandestine groups in an unsuccessful campaign to remove Maduro and restore what it sees as Venezuela’s stolen democracy.

But in March, U.S. officials traveled to Venezuela’s capital, Caracas, to meet with Maduro after Russia’s invasion of Ukraine upended the world order and forced Washington to rethink its national security priorities.

After the meeting, Maduro freed two American prisoners and promised to resume negotiations with his opponents.

The senior U.S. officials said the government will calibrate sanctions based on concrete outcomes at the negotiations and would reimpose them in the event of backsliding in the dialogue process.

“What you are seeing here is a very honed approach that is looking at a clear roadmap in Venezuela, where the only path that the regime has toward the alleviation of sanctions from the United States is a negotiation that leads to concrete outcomes,” one of the officials told reporters.

Malpica-Flores was once national treasurer and PDVSA’s vice president of finance. He was individually sanctioned in 2017 as the U.S. targeted people associated with Venezuela’s rampant government corruption.

His aunt, Cilia Flores, is one of the most influential members of Venezuela’s government and a constant presence alongside her husband. Two other nephews of hers are imprisoned in the U.S. on drug conspiracy convictions.

More than a dozen Democrats this month sent Biden a letter urging him to consider lifting broad economic sanctions. After the March gathering in Caracas, Democratic Rep. Gregory Meeks, chairman of the House Foreign Affairs Committee, also spoke in favor of suspending oil sanctions to provide support for negotiations without letting up pressure on human rights abusers and corrupt officials.

Others, however, quickly criticized the administration after Tuesday’s announcement, including Sen. Bob Menendez, chairman of the Senate Foreign Relations Committee. The Democrat in a statement said the strategy of giving Maduro “a handful of undeserved handouts” so that he promises to negotiate with the opposition “is a strategy destined to fail.”

“Removing Flores from the list of sanctioned people is obviously a gift to Maduro,” Menendez later told reporters.

US To Ease A Few Economic Sanctions Against Venezuela