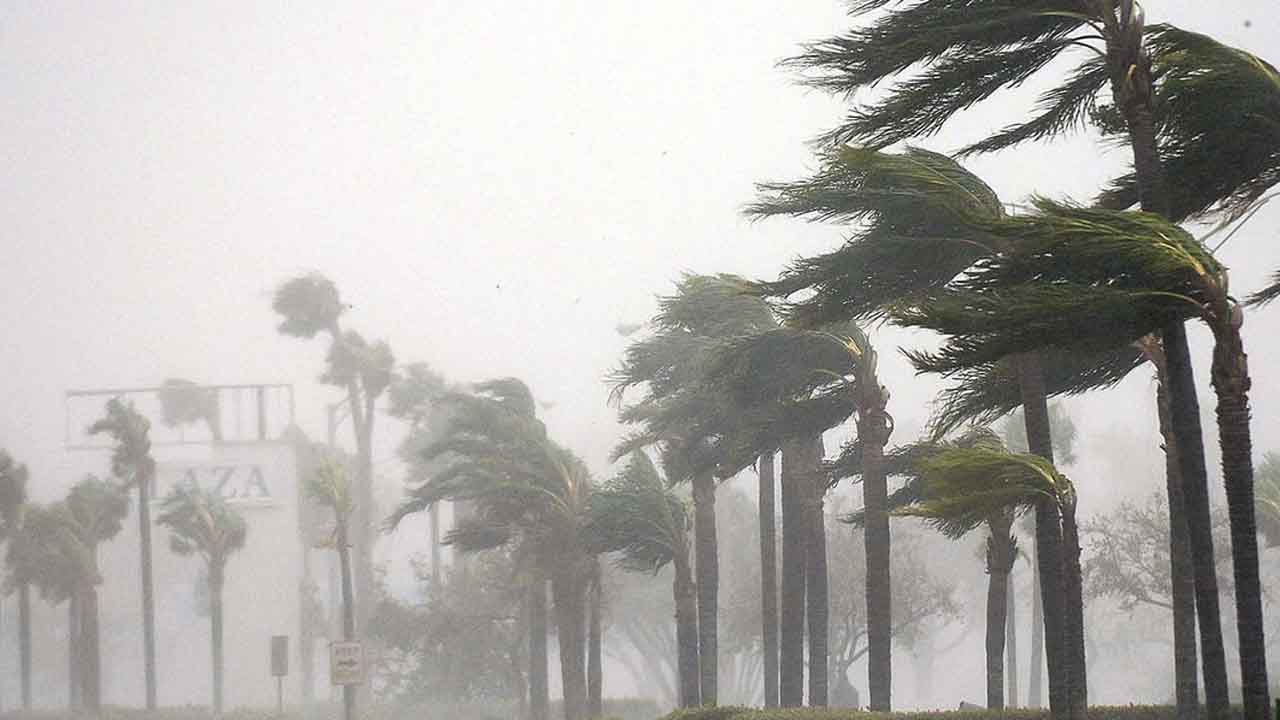 Catastrophic flooding displaced more than 40,000 people in South Africa in April. On Monday afternoon, a record-breaking hurricane killed at least 11 people in Mexico. And according to one disaster relief organization, the impacts of extreme weather events such as these are only going to get worse.

Sanj Srikanthan, CEO of the international group ShelterBox, which provides essentials to people impacted by conflict and natural disasters, told Reuters that, on average, roughly 11 million people have lost their homes every year over the last five years because of extreme weather. That average was pulled from data from the Internal Displacement Monitoring Centre, which saw the annual numbers jump from 7.5 million in 2017 to 14.6 million in 2020 before dropping down to 11.5 million in 2021.

"So if you extrapolate that over the next 20 years, 200 million people are going to lose their homes," Srikanthan said. "And that's obviously conservative because that number is increasing and the issue is that the system that we exist in, ShelterBox, to respond to these kind of disasters wasn't designed for this kind of volume."

A ShelterBox spokesperson said that this would account for nearly 45 million homes based on a five-person household.

What Srikanthan describes is climate migration, the forced relocation of people due to climate change. And it's something that is already being seen around the world, and that experts and officials have repeatedly warned will get worse.

In the fall of 2020, for example, roughly 10,000 people attempted to migrate to North America from Central America after two catastrophic storms — Hurricanes Eta and Iota, made landfall two weeks and 15 miles apart. Nearly 600,000 people in Honduras, Guatemala and Nicaragua were displaced. This past April, catastrophic flooding in South Africa killed 448 people and displaced more than 40,000 more.

Srikanthan said that it's essential for the world to "address the fact that the world is getting warmer and we could do something about it." He said that there needs to be more resilient housing and that aid should be pre-positioned more effectively.

"If we don't do those things we are not going to be able to keep up," he said.

"I think it is already appalling because what we're seeing is that there aren't major disasters, which is what we used to call them, but lots of micro-disasters that are occurring all the time," Srikanthan added. "...So the issue we are having is that there are huge amounts of the population on Earth, around 70%, that live near water or coastal areas and many of those homes are not designed for this kind of weather so it can prove to be a truly overwhelming crisis."

Last year, the World Bank issued a finding similar to that of Srikanthan's, although over a longer period of time. They found that climate change could displace more than 200 million people by 2050.

However, Bina Desai of the Internal Displacement Monitoring Centre told Reuters that her colleagues "really advise strongly against" using extrapolated data in this manner, saying the figures can "create this sense of almost doom and despair."

"We can do a lot about it," Desai said. "The existing vulnerability and exposure of people to these types of hazard can be reduced."

In December 202, Desai's team published a list of action items that could help reduce the impact of climate displacement. This includes the investment in data collection and monitoring, learning how to tackle slow-onset events, monitoring small-scale events and focusing on risk reduction.

But as the United Nations and climate scientists have repeatedly urged, the most significant way to reduce the harmful effects of climate change is to reduce greenhouse gas emissions. Earth is already likely to hit 1.5°C of global warming in the 2030s, a milestone that would bring "extreme" and "unprecedented" events, including more frequent and intense heatwaves, precipitation, drought and cyclones.

"I will give you the bottom line – the global energy system is broken and bringing us ever closer to climate catastrophe. Fossil fuels are a dead end, environmentally and economically," U.N. Secretary General Antonio Guterres said earlier this month. "...The only sustainable future is a renewable one."