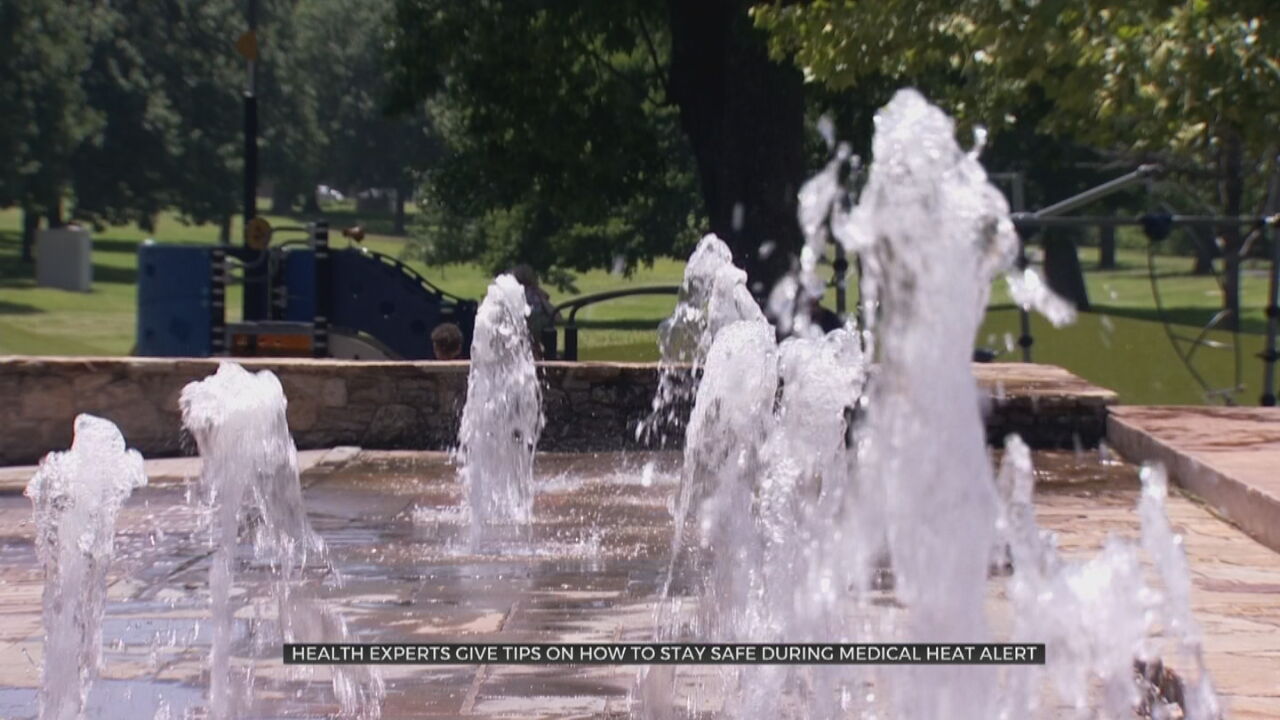 On Tuesday, Tulsa remains in a Medical Heat Alert issued by EMSA. The emergency medical service reports 19 people have been treated for heat-related illnesses since Saturday.

EMSA says five of those calls came on Monday, and two of those people were hospitalized. A spokesperson for EMSA says they have prepared for the extreme heat by keeping ambulances air-conditioned and stocking up on water.

Experts say it doesn’t take much for problems to arise, especially for seniors and children. EMSA encourages everyone to stay hydrated, wear light-colored clothing and keep a phone on them when out in the heat.

There are also signs to watch out for. Feelings of nausea, light-headedness and dizziness could be early signs of heat exhaustion.

There are at least two cooling stations for people in downtown Tulsa at the John 3:16 Mission and the Salvation Army’s Center of Hope.