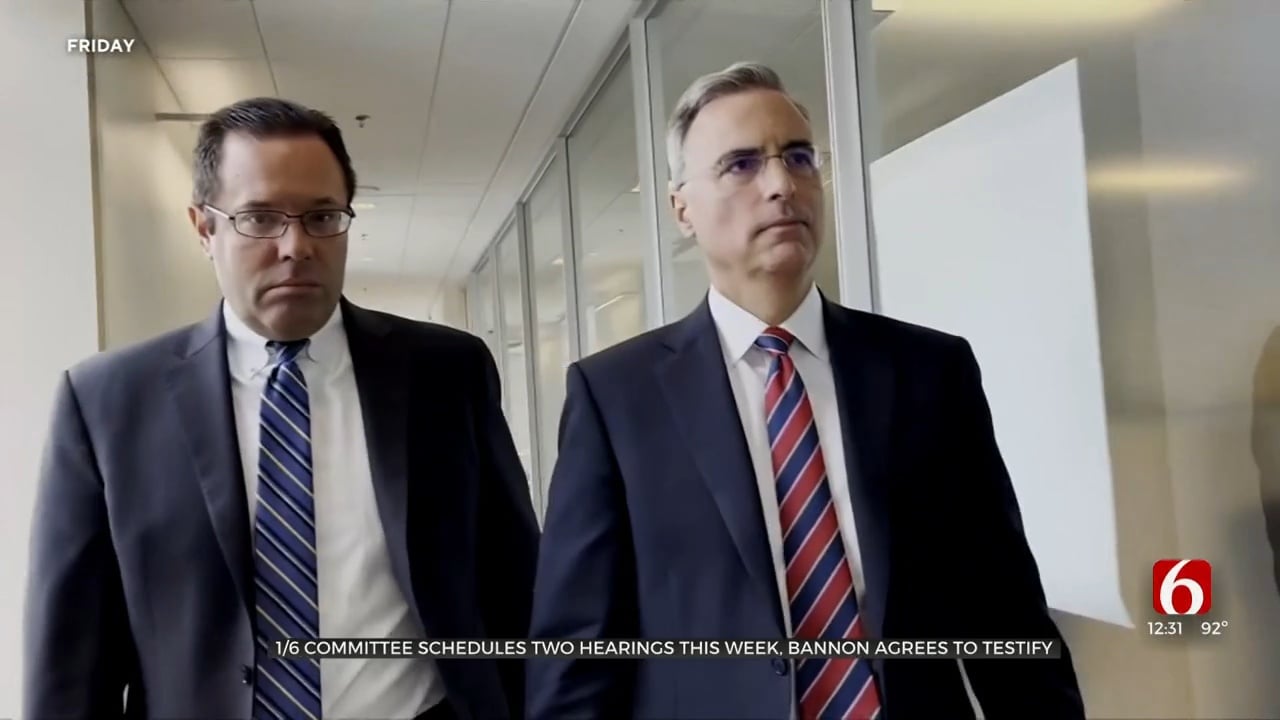 Steve Bannon, a close ally of former President Donald Trump, told the House select committee investigating the Jan. 6 assault on the U.S. Capitol that he is willing to testify, an about-face after he refused to comply with the panel's subpoena late last year and was indicted after defying the demand.

Robert Costello, an attorney for Bannon, told committee chairman Rep. Bennie Thompson in a letter Saturday that the former White House chief strategist "is willing to, indeed prefers, to testify at your public hearing."

"While Mr. Bannon has been steadfast in his convictions, circumstances have now changed," Costello wrote in the letter obtained by CBS News. Bannon's lawyer said that while former President Donald Trump invoked executive privilege over his testimony and documents, the former president "has decided that it would be in the best interests of the American people to waive executive privilege for" Bannon, allowing him to comply with the select committee's subpoena.

Trump sent a letter, also obtained by CBS News, to Costello and Bannon on Saturday, in which he said he would waive executive privilege if Bannon and the committee reached an agreement "on a time and place for your testimony."

The Guardian was first to report Bannon's willingness to appear before the panel. While Trump claimed he invoked executive privilege, U.S. District Judge Carl Nichols rejected Bannon's argument that as a former White House official, he did not have an obligation to comply with the select committee's subpoena when executive privilege has been asserted. Bannon had asked the court to dismiss the criminal contempt case against him, but Nichols declined the request last month.

Bannon's shift also comes just days before his trial in the case brought by the Justice Department is set to start.

The trial stems from Bannon's refusal to comply with the committee's subpoena for his records and testimony, which was first issued in late September. The House then held him in criminal contempt of Congress for defying the demand, and he was indicted by a federal grand jury on two counts of contempt of Congress in November. Bannon pleaded not guilty to both charges.

Asked about Bannon's willingness to testify before the select committee, Rep. Jamie Raskin, a member of the panel, said he's "certain" investigators would be "very interested" in hearing from him.

"I understand from reports today, he's had a change of heart, and after watching, presumably, all of these people come forward, you know, including Cassidy, Hutchinson, you know, he's decided that he wants to come in," Raskin said in an interview on "Face the Nation."

But the Maryland Democrat suggested Bannon would first have to sit for a taped deposition behind closed doors, as has been the process for other witnesses.

Rob Legare contributed to this report