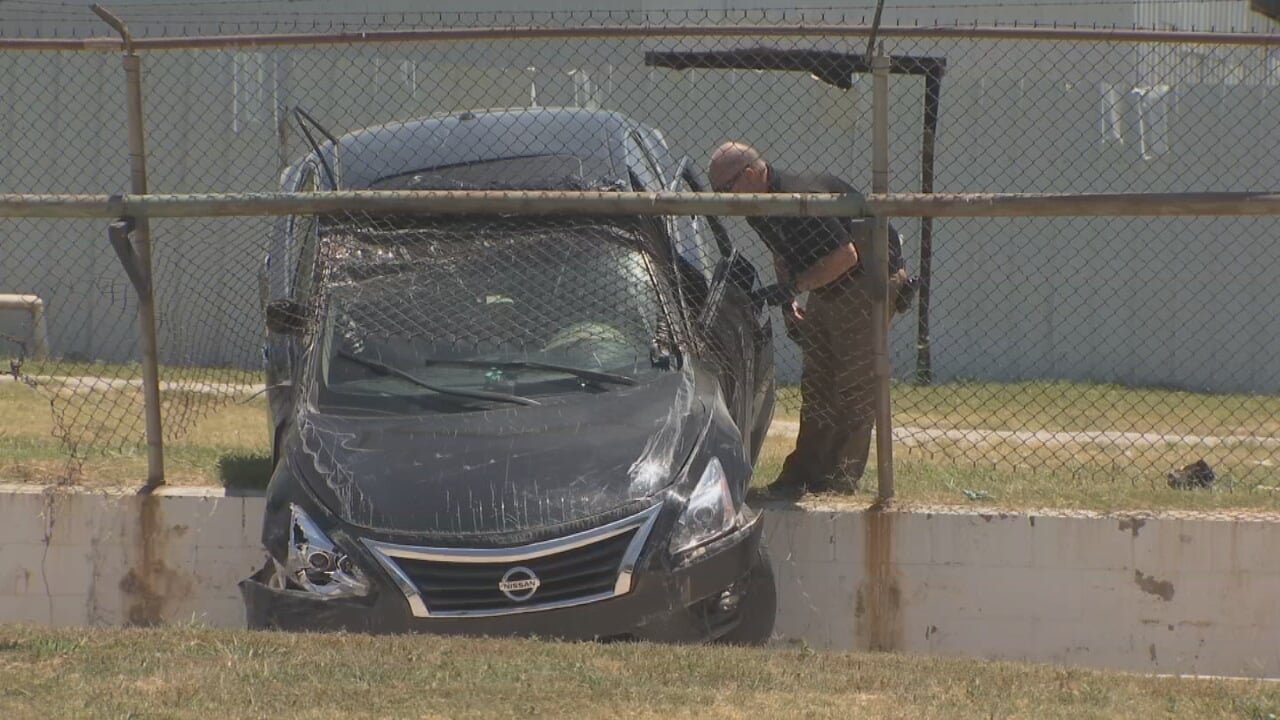 Two murder suspects are heading to jail after Tulsa Police say they led officers on a chase Wednesday afternoon.

The man and woman crashed through a fence near Pine and Peoria.

Tulsa Police say they have been looking for the suspects for a couple of weeks in connection with a June 27th murder.

They say officers tried to stop them, but the suspects took off, leading officers on a chase.

Police say the couple crashed through a fence when they noticed that officers had laid down stop sticks along Peoria.

Phillips, who also goes by the name Charles Wheeler, and Powell were wanted for the June murder of 43-year-old Tony Morrison.

Morrison was found shot to death in the front seat of his car at Admiral and Delaware.

According to court documents, Phillips and Powell were seen on surveillance video at a nearby gas station moments before the shooting and matched the description witnesses gave detectives.

"The warrants unit has been tracking them since the warrants have been out,” said Lt. Brandon Watkins with TPD. “They found him somewhere, the car is stolen and I think they found him getting out of another stolen car so we've got a string of crimes we've got to figure out here."

Police say nobody was hurt during today’s chase.

An officer popped a tire on a patrol car, but it had already been replaced.