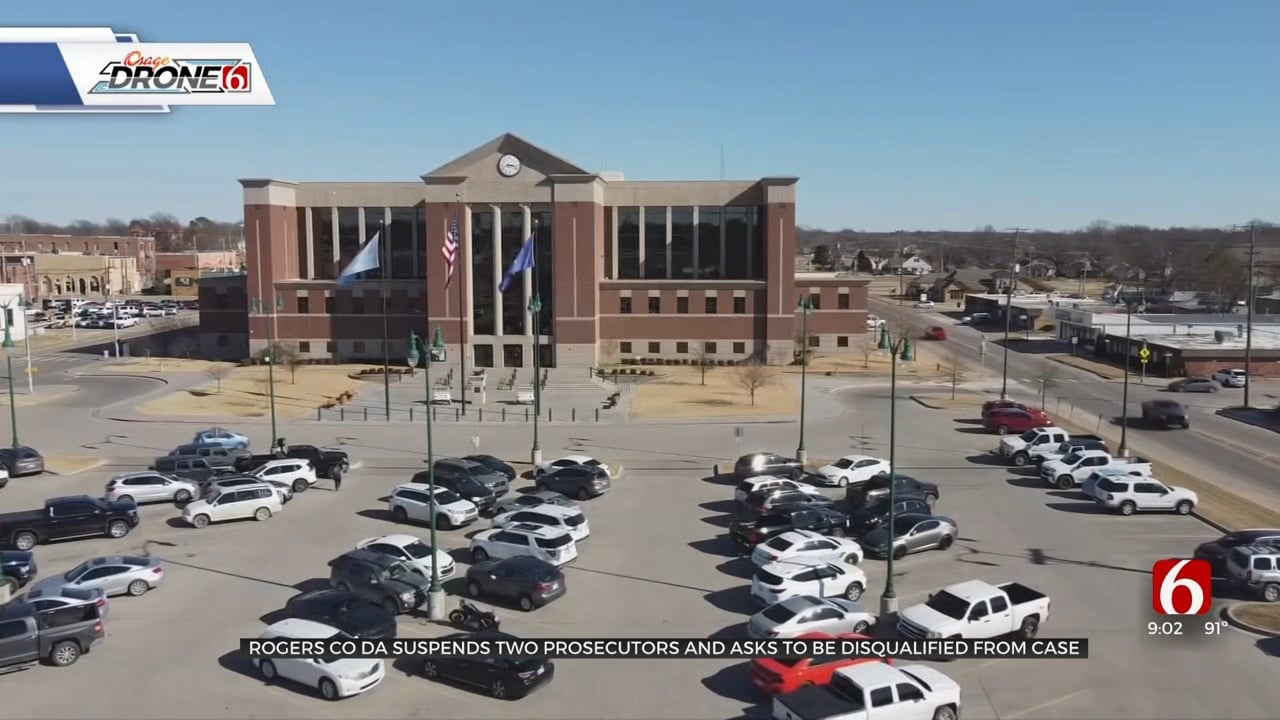 Rogers County District Attorney Matt Ballard has suspended two prosecutors from his office during an investigation into whether the employees broke state law.

Ballard wrote a letter to Oklahoma Attorney General John O’Connor, asking to be disqualified from the case since it involves Ballard's employees.

In the letter dated July 12, Ballard said two prosecutors are accused of using a security room at the courthouse to watch jurors during deliberations of a recent murder trial.

In the letter, Ballard said on July 7, he called for an internal investigation of two of his employees, Isaac Shields and George Gibbs, Jr.

That is when Ballard learned those prosecutors had used a security camera on July 1st to watch a jury.

The jury was deliberating in the murder trial of Robert Kraft and later found Kraft guilty of stabbing Justin Johnson to death near Oologah in 2018.

Ballard said in the letter, Shields and Gibbs, Jr. went into a security office and watched the deliberations through a security camera that was in the jury room.

Ballard's letter stated he does not believe there was any audio or the two prosecutors communicated with any jurors.

In the letter, Ballard also asked for his office be disqualified from any investigation due to a potential conflict of interest.

The letter said Ballard suspended both men from their jobs and that it looks like the violation could be a felony.

Ballard, O’Connor and Judge Stephen Pazzo, who presided over the trial, all declined comment.

News On 6 asked both Shields and Kraft's attorney for a comment and have not heard back.

There is a status conference involving Kraft's case scheduled for July 14.