3 Weeks Of Protests In Panama Cause Food, Fuel Shortages 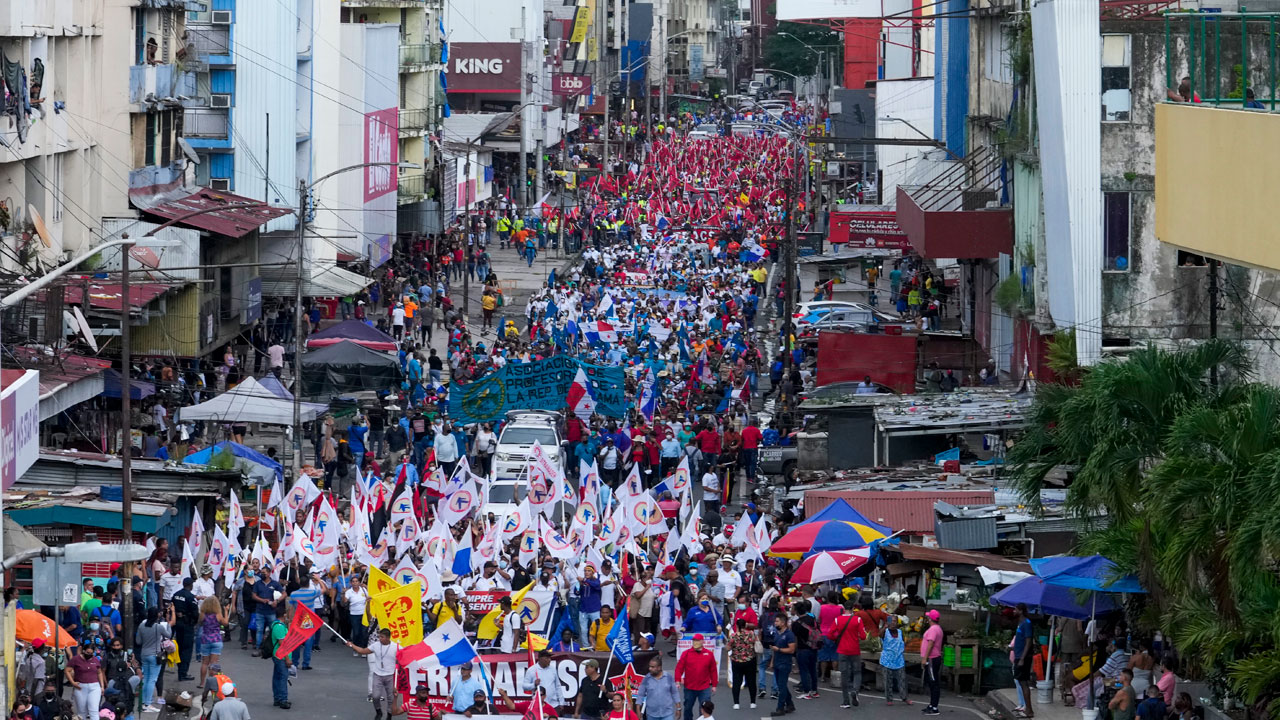 Three weeks of continuous demonstrations and road blockades to protest high fuel and food costs in Panama have begun to cause shortages of some food products, fuel and medicine.

The closures, including of the Pan-American Highway, have forced the national electric company to ration electricity in Darien province, which borders Colombia. Tankers carrying gas to run the power generation plant cannot arrive. Some 7,000 families have been affected by the reduction of electricity to 11 hours daily.

In Panama’s main wholesale market that supplies both supermarkets and individual consumers, there was little foot traffic Wednesday. Display tables usually stacked high with produce had far less on offer. Some vegetables like lettuce and tomatos, in particular, were in short supply.

“This stand was always full. Now I don’t have many products,” said Victor Palacios. “Yesterday (Tuesday) there wasn’t much merchandise.”

He said his produce comes from the highlands in the western province of Chirique. “What little has arrived from there is expensive and damaged,” Palacios said.

Chiriqui province is Panama’s primary supplier of produce. The Indigenous Ngobe-Bugle who live there have blocked important stretches of the Pan-American Highway, holding up trucks trying to get produce to the capital. The blockades are also affecting shipments coming from elsewhere in Central America.

Groups representing agricultural producers have said the protests have caused losses of more than $130 million so far.

3 Weeks Of Protests In Panama Cause Food, Fuel Shortages