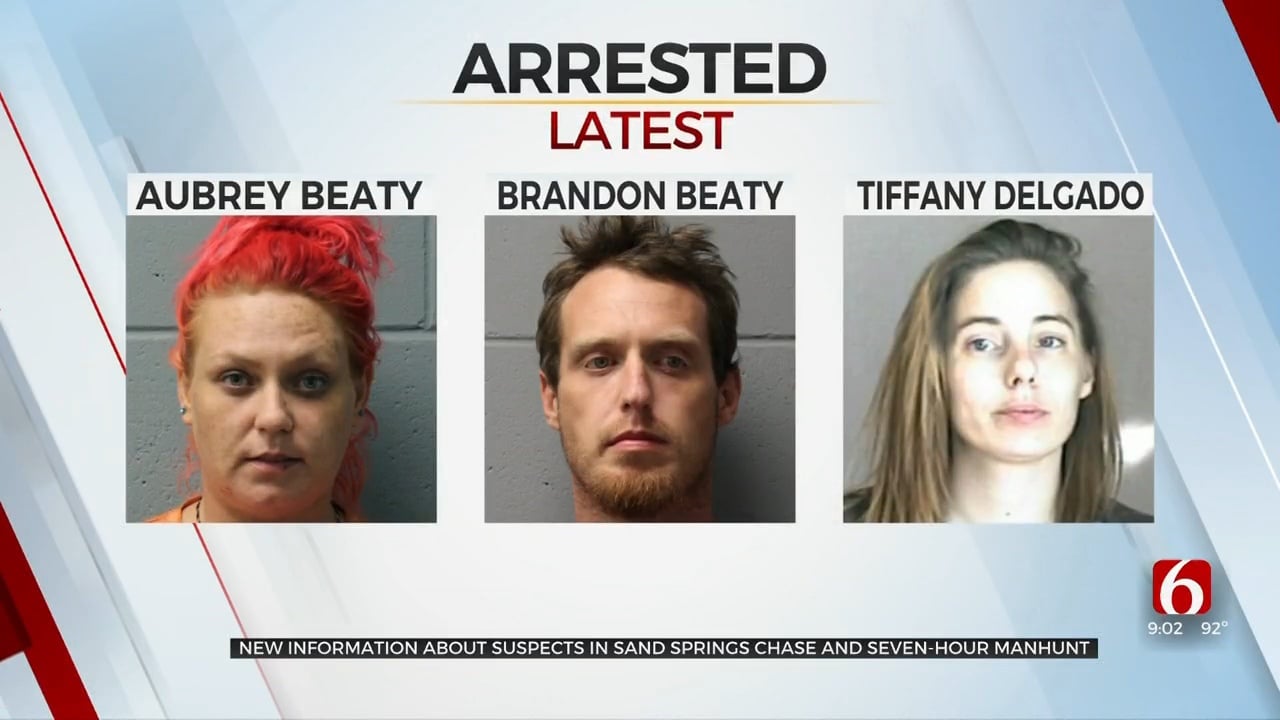 We're taking a closer look at the route three suspects accused of running from police, then ditching the stolen car and hiding for seven hours, before being arrested Monday.

The pursuit started in Sand Springs, went down Highway 97, onto 412 toward the lake, and got up to 90 miles an hour before the driver of the SUV stopped.

It was then seven hours later that the three suspects were taken into custody.

The pursuit started after a theft call at Tractor Supply and the driver refused to pull over.

The driver took off down Highway 97, before getting onto Highway 412.

Officers tried a maneuver to stop the SUV, but it didn't stop them.

"The TVI was unsuccessful in disabling it. Sometimes that happens. It doesn’t happen very often but it happened in this case," said Trooper Eric Foster.

The suspects ditched the SUV off Coral Reed Road around 11 in Cleveland.

“With aircraft overhead, dogs on the ground, drones in the air, they’re not going to be able to move. They’re gonna be still," Foster said.

It wasn't until seven hours later that we spotted them walking, just about half a mile from where they ditched the SUV.