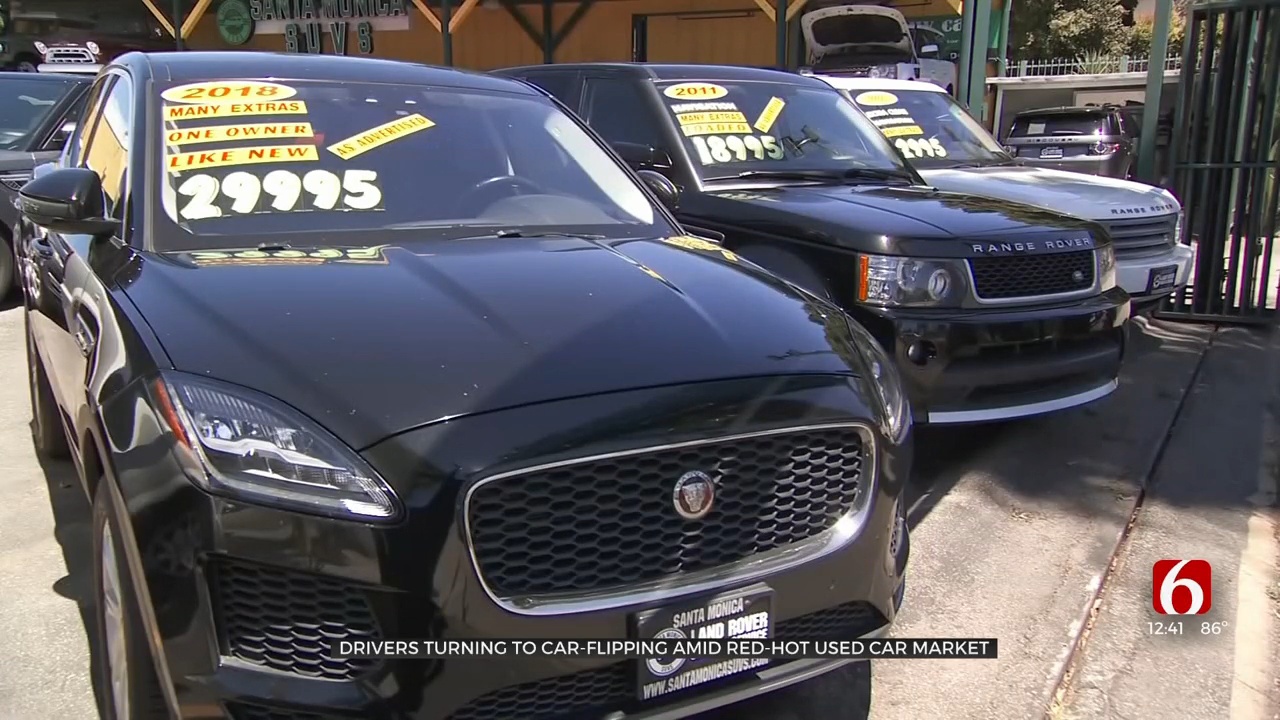 The new trend bringing in big bucks is car flipping.

Eddie Gribust flipped his Tesla for $5,000 more than he paid for it.

"In the last two years, I've been driving brand new cars and I have not lost a cent on them," he said.

Typically, cars lose more than 20% of their value the first year on the road, according to Edmunds.com. But since the pandemic began, used car prices are actually up 53%, according to the Bureau of Labor Statistics.

"Even basic vehicles like a Honda Civic or a Toyota Camry, these vehicles are worth more in the used market than they are in the new market," said Ivan Drury, senior manager of insights at car shopping website Edmunds.

Drury said there aren't enough new cars so buyers are turning to used cars, "essentially raising the ceiling on what used cars cost."

"It's going to be shock and awe!" he said of those trying to buy a basic used car. "You're virtually guaranteed at every price point to pay more and get less."

But some carmakers are beginning to crack down. General Motors is warning buyers that warranties on its popular vehicles will disappear if those cars are flipped within the first 12 months. Tesla said it may "unilaterally cancel any order we believe was made with a view toward resale."

That's exactly what happened to Wang.

"Unfortunately, my order for Tesla has actually been deleted," Wang said.

In this economy, it's a good idea to check the value of your car online, especially if you have a lease. It's probably worth a lot more than you owe, which can give you a lot of bargaining power at the dealer or you can sell it and turn that equity into cash.