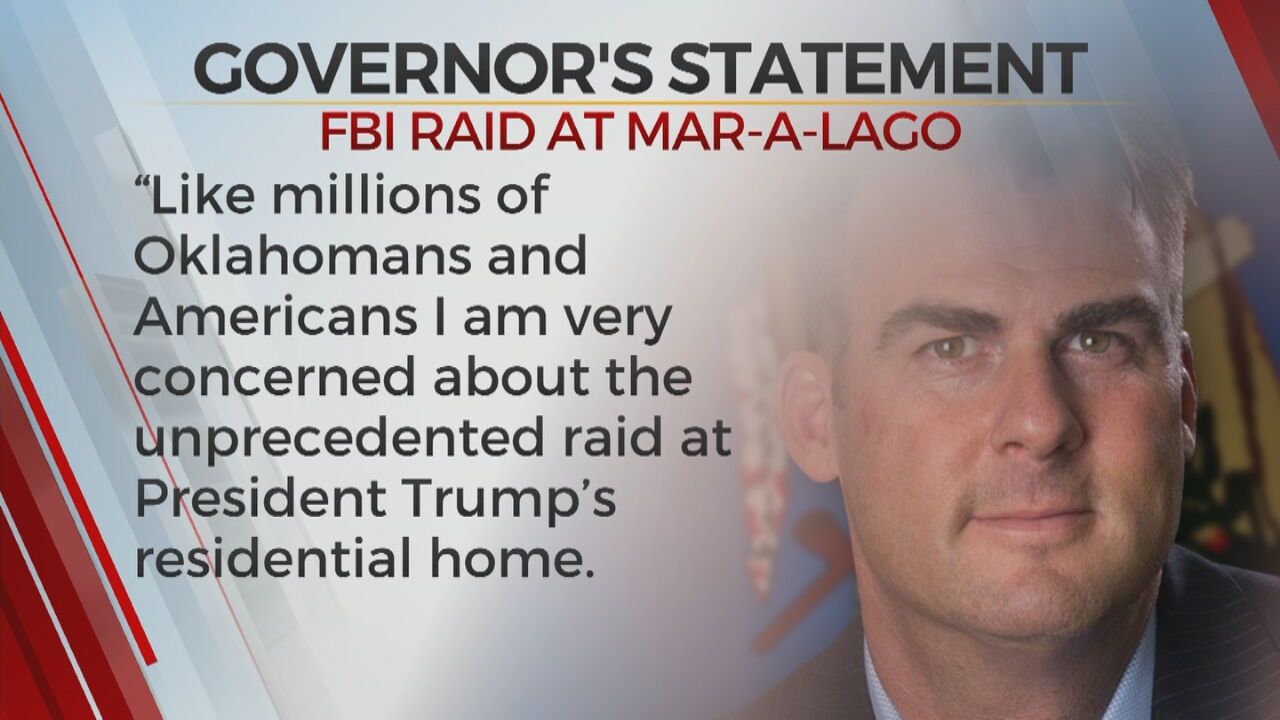 Governor Kevin Stitt and other state lawmakers are reacting to the FBI's search of former President Donald Trump's estate.

Senator James Lankford said on Twitter, "this is completely unacceptable."

Lankford also said the DOJ and the FBI were becoming too politicized.