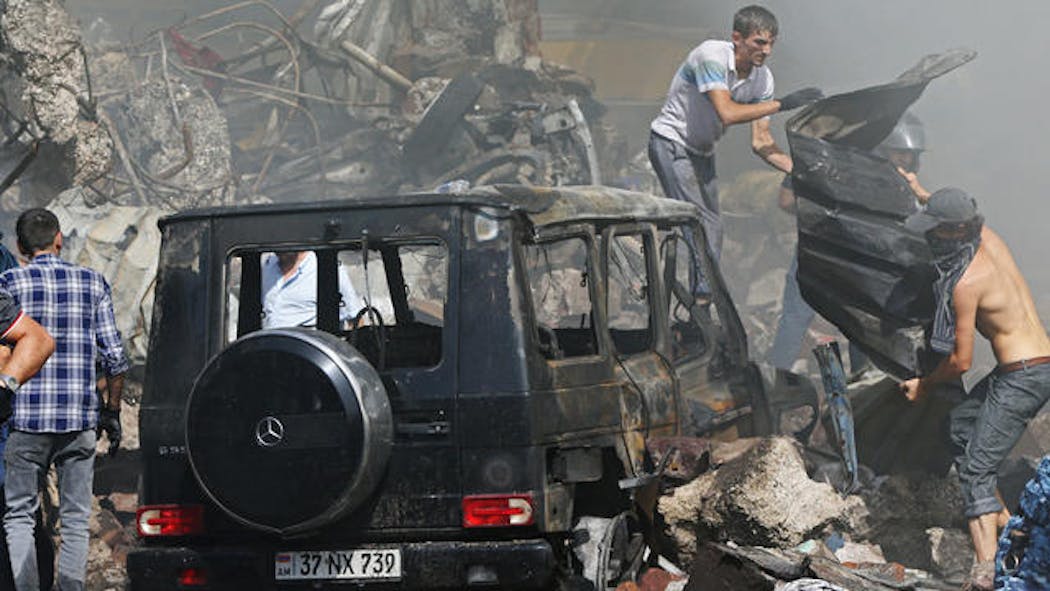 At least one person was killed in a massive explosion at a fireworks storage area in Armenia's capital city of Yerevan on Sunday, authorities said. The blast, which was captured in video recordings that have since been shared widely online, injured at least 51 others as it hit an outdoor market adjacent to the storage facility, causing structures to collapse and setting off a large fire.

Firefighters labored for hours after the early afternoon blast at the Surmalu market to put out the blaze that sent a towering column of thick smoke over the center of Yerevan. Rescue workers and volunteers searched amid still-exploding fireworks for victims who might be trapped under slabs of concrete and twisted metal. An Associated Press reporter at the scene saw two people pulled from the rubble — a woman with an injured leg, and a young man who appeared to be unconscious. Emergencies Minister Armen Pambukhchyan also said two sisters were pulled alive from the rubble.

The market, located just over a mile south of the city center, is popular for its low prices and variety of goods.

There was no immediate word on what caused the fireworks to ignite.