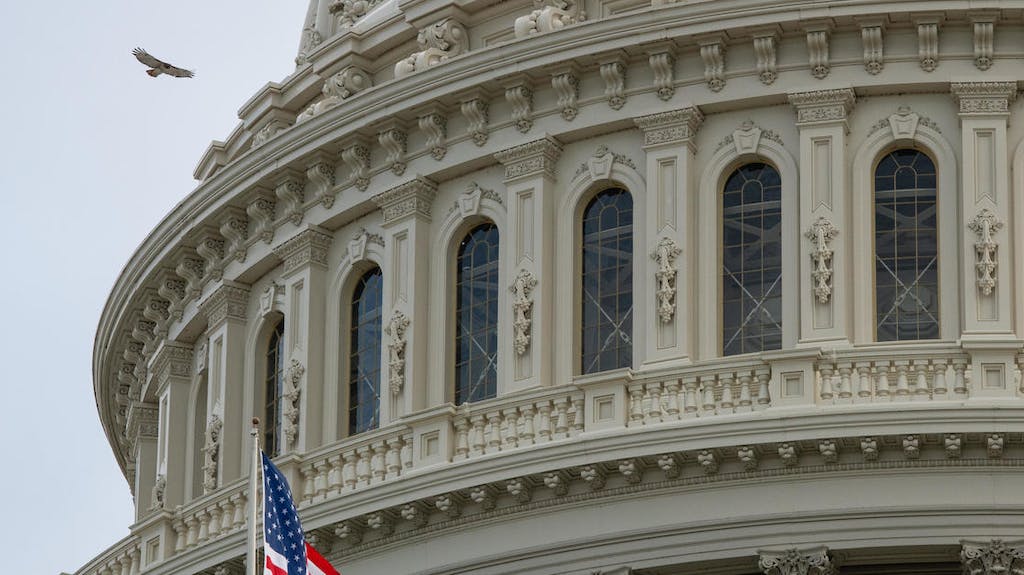 Every Republican in Congress, however, voted against it.

"Never in our history has the federal government responded to a recession by raising taxes on Americans," said Rep. Kevin Hern (R-OK1) during floor debate Friday. "It’s simply unthinkable."

Democrats say it's unthinkable that Republicans would oppose legislation that will have such a positive impact on so many lives. Following the announcement of the 220-207 vote Friday, they cheered passage of a measure they say will reduce greenhouse gas emissions through tax incentives to boost solar and wind energy production, and purchases of electric vehicles.

At the same time, they believe it will produce lower prescription drug costs, especially for senior citizens, while also reducing inflation and the deficit.

Republicans say that is sheer pie in the sky.

"It does nothing to deal with inflation," said Rep. Tom Cole (R-OK4) during debate on the House floor. "Indeed, during the Rules Committee [hearing], we submitted a letter from 280 economists that said this is going to make it worse, not better."

And Congressman Tom Cole says, if it does cut the deficit, it's not until seven years from now, "that assumes everything stays the same for seven years and that’s not going to happen."

Perhaps the delegation's biggest objection is how the clean energy incentives are financed -- largely through a 15 percent minimum tax on billion dollar companies. They say that tax hike will be passed on to consumers.

"This legislation will raise Americans' taxes and give that money to hand-picked socialist green companies," said Rep. Kevin Hern (R-OK1) during debate. "I wouldn’t be proud of that if I were them."

Rep. Frank Lucas (R-OK3) agrees: “This is the wrong plan, at the wrong time, and for all the wrong reasons.”

While the president will formally sign the bill into law Tuesday, the White House is planning a bigger, more celebratory signing ceremony for September.