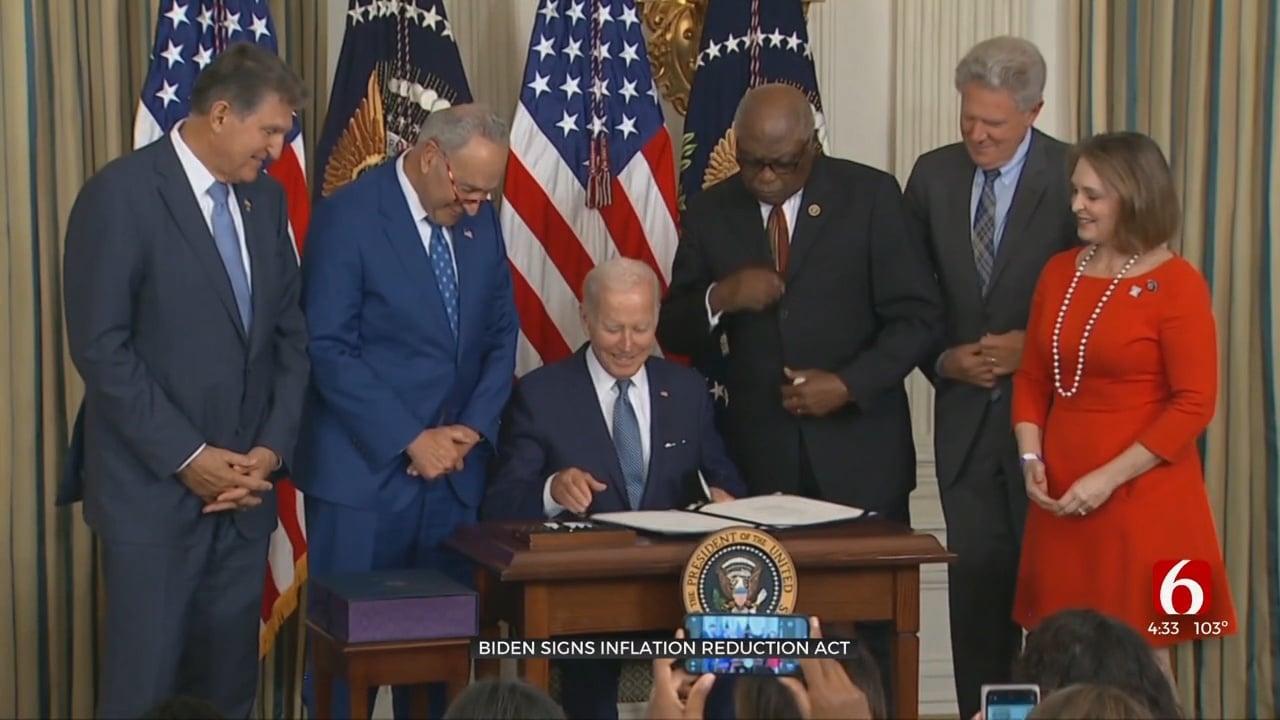 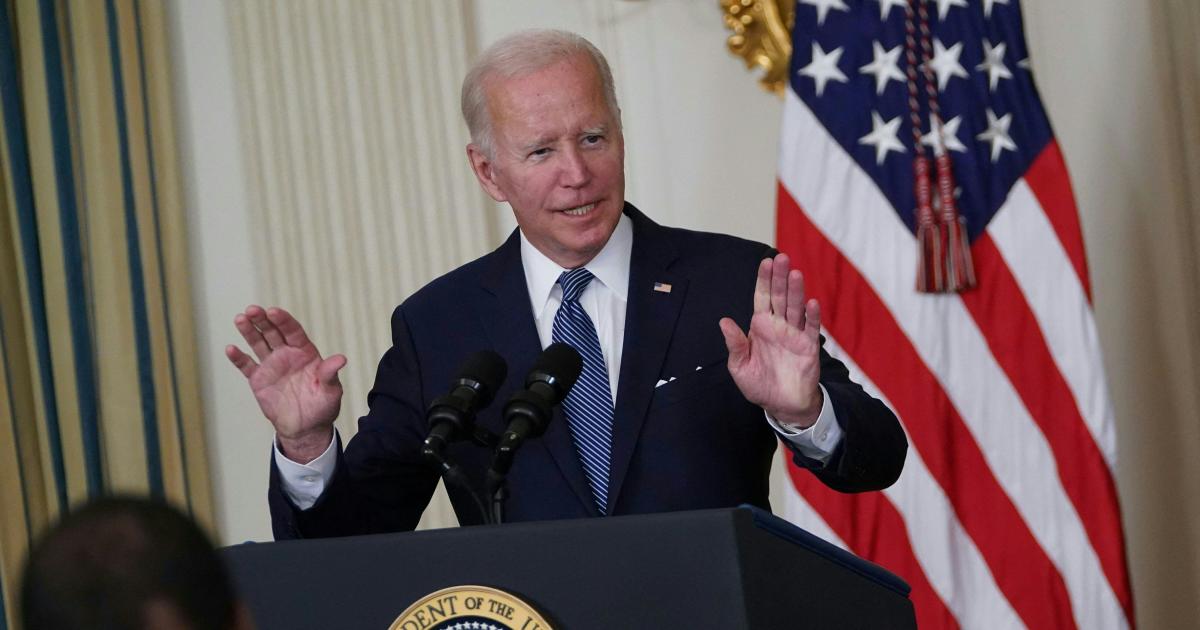 The House and Senate passed the bill along party lines last week, after Democratic Sen. Joe Manchin and Senate Majority Leader Chuck Schumer struck a deal after many months of negotiations. Both senators were on hand for Tuesday's signing ceremony.

"Let me say from the start, with this law, the American people won and the special interests lost," Mr. Biden told the crowd assembled at the White House. The president had to quiet Cabinet members, members of Congress and staff in the audience at the as they continued to cheer and clap well after he took the lectern.

The bill's passage was many months in the making, and at times appeared unlikely with a 50-50 Senate and midterm elections fast approaching. It accomplishes long-held Democratic goals on lowering prescription drug costs, investing in transitions to clean energy and reforming the nation's tax code.

"It was one of the few truly historic days in the 30 years I have spent in the Congress," House Democratic Whip Jim Clyburn said alongside Mr. Biden, praising the president's legislative accomplishments. Senate Majority Leader Chuck Schumer said the law came amid "one of the most productive stretches in Senate history," in which Democrats passed gun control, expanded care for veterans exposed to burn pits and provided billions of dollars in subsidies to boost U.S. production of semiconductors. Schumer, too, praised the president for steering the the Inflation Reduction Act across the finish line.

"I am confident this bill will endure as one of the greatest legislative feats in decades," Schumer said, adding that it was "the most important bill we have passed in a long time."

Manchin, who sat in the front row of the room for the signing, received a resounding round of applause when Schumer thanked him for his role in the bill's passage. The West Virginia Democrat had dismissed earlier versions of the president's Build Back Better agenda, but embraced the Inflation Reduction Act, which was much narrower in scope.

The new law provides $369 billion to fund energy and climate projects aimed at reducing carbon emissions by 40% in 2030, the most significant investment fight climate change ever. It will also limit out-of-pocket drug expenses for seniors on Medicare to $2,000 annually, and allow Medicare to negotiate with drugmakers on prescription prices.

The legislation sets a minimum 15% corporate tax rate for most large companies and provides $80 billion in funding to the IRS, allowing the agency to hire thousands of agents and revamp decades-old technological systems.

The president signed the bill after returning from vacation in South Carolina. First lady Jill Biden tested positive for COVID-19 on Tuesday and will remain in South Carolina, but the president tested negative and returned to Washington. He is considered a close contact of the first lady.

In the weeks ahead, the White House says the president will travel across the country to articulate how the bill will help Americans. He'll also host an event celebrating the enactment of the bill on Sept. 6.

"This historic bill will lower the cost of energy, prescription drugs, and other health care for American families, combat the climate crisis, reduce the deficit, and make the largest corporations pay their fair share of taxes," the White House promised in announcing the signing.

Despite its name, the extent to which the bill will help lower inflation remains to be seen. A model from Penn Wharton says the bill won't measurably affect inflation, and the Congressional Budget Office called the impact on inflation "negligible" this year before helping lower inflation in later years. Still, the White House points to a letter signed by more than 120 economists promoting the bill and insisting it will put "downward pressure on inflation by reducing the government's budget deficit by an estimated $300 billion over the next decade."﻿