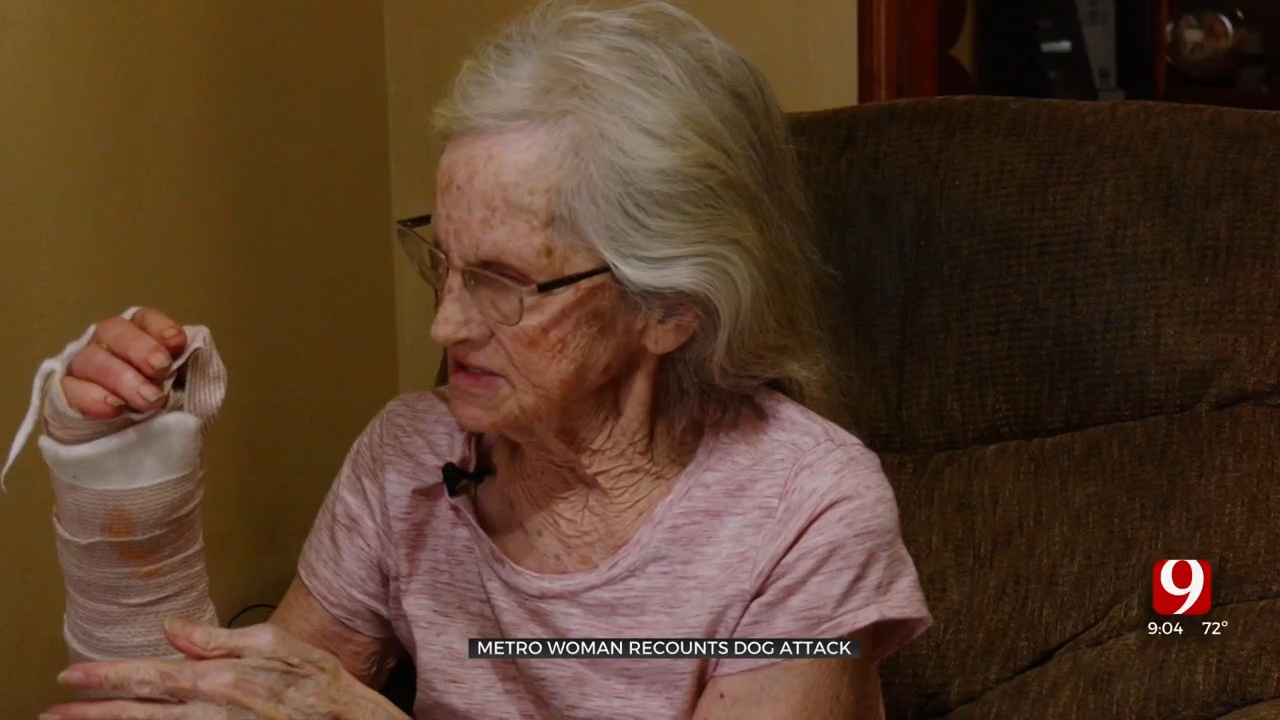 A grandmother and her dog are recovering Wednesday after she said she and her dog Thunder were attacked by a pit bull in Oklahoma City.

What started as a walk yards from her front door turned dangerous in a blink of an eye.

"We went on the route we normally would go on, and I hadn't seen the dogs, so I thought the dogs were gone,” Barbara LeForce, 76, said.

There are two large dogs that live at an auto shop yards away from her home near Southeast 29th Street and South Central Avenue. When LeForce walked her dog over the weekend, she thought the dogs were gone but she was wrong.

"And the next thing I know, here comes that big pit bull, 90 to nothing, and before I can even move, he has reached under there and grabbed Thunder by the leg,” LeForce said.

But LeForce fought back.

"I wasn't going to sit there and let him kill my dog, so I reached in and hit him or something to let him let my dog go,” LeForce said.

LeForce was injured, but her grandson, Michael, came to the rescue.

"Get Thunder and her safe. That was all I was trying to do,” Michael LeForce said.

LeForce’s only concern is Thunder.

"The biggest part is his leg,” LeForce said. “They almost chewed it off."

Animal welfare was informed Tuesday afternoon to take the dogs they believe attacked LeForce and Thunder.

"They have told us that they wish to press charges. They are filing dangerous dog charges against the owners of the dogs," Karolicki said, “The next step is to get identification on the dogs to make sure we have the right ones in custody, and then, it will be up to the courts from there."

As the LeForce family handles the legal challenges, they are also fighting for Thunder’s life.

"It’s very expensive, but you know what, I don't care about that,” LeForce said. “He is my dog. He's my friend, and I will do whatever it takes to take care of him.”

The LeForce family has a Cash App set up if you'd like to donate. Their cashtag is "$ThunderandBarbara."