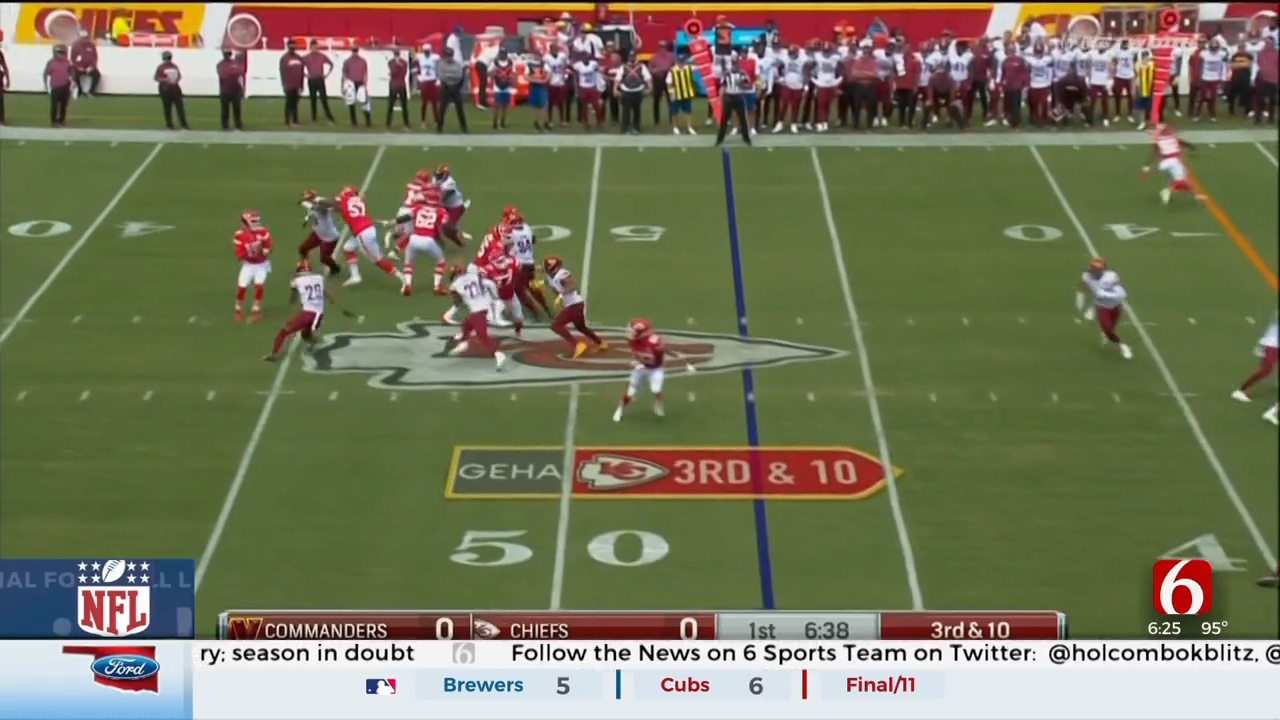 Mahomes finished 12 of 19 for 162 yards. In two preseason games, Mahomes has played three series and has led three touchdown drives. He was 6 of 7 for 60 yards and a touchdown in the first preseason game in Chicago.

Fortson, who is listed as the fourth-string tight end on the depth chart, tied for the team lead on the Chiefs with four receptions, most coming in the first half. The Chiefs use multiple tight-end sets, and Fortson could earn a spot on the 53-man roster.

He has five career regular-season receptions, including two touchdowns, all coming last season. But with his 6-4, 226-pound frame, he looks like he may be a short-yardage option for Mahomes if he makes the roster.

Backups Taylor Heinicke and Sam Howell led touchdown drives. Heinicke led an 11-play, 84-yard drive, capped by a 9-yard touchdown to Cam Sims just before halftime. Howell led a 93-yard drive in the fourth quarter to cut the deficit to 17-14.

Harrison Butker missed on his only long-range attempt (from 53 yards), but he showed the strength in his right leg during warmups. He hit one from 63 yards with plenty of room to spare. He then hit comfortably from 69 yards and from 74 yards on his next two tries.

Butker has said during training camp that he felt he could be successful from 70 yards in a game. He has a career long of 58 yards and is 20 of 28 from beyond 50 yards.

Chiefs: Cornerback Rashad Fenton left the game in the second quarter with a groin injury.

Commanders: Face the Ravens in Baltimore on Saturday.