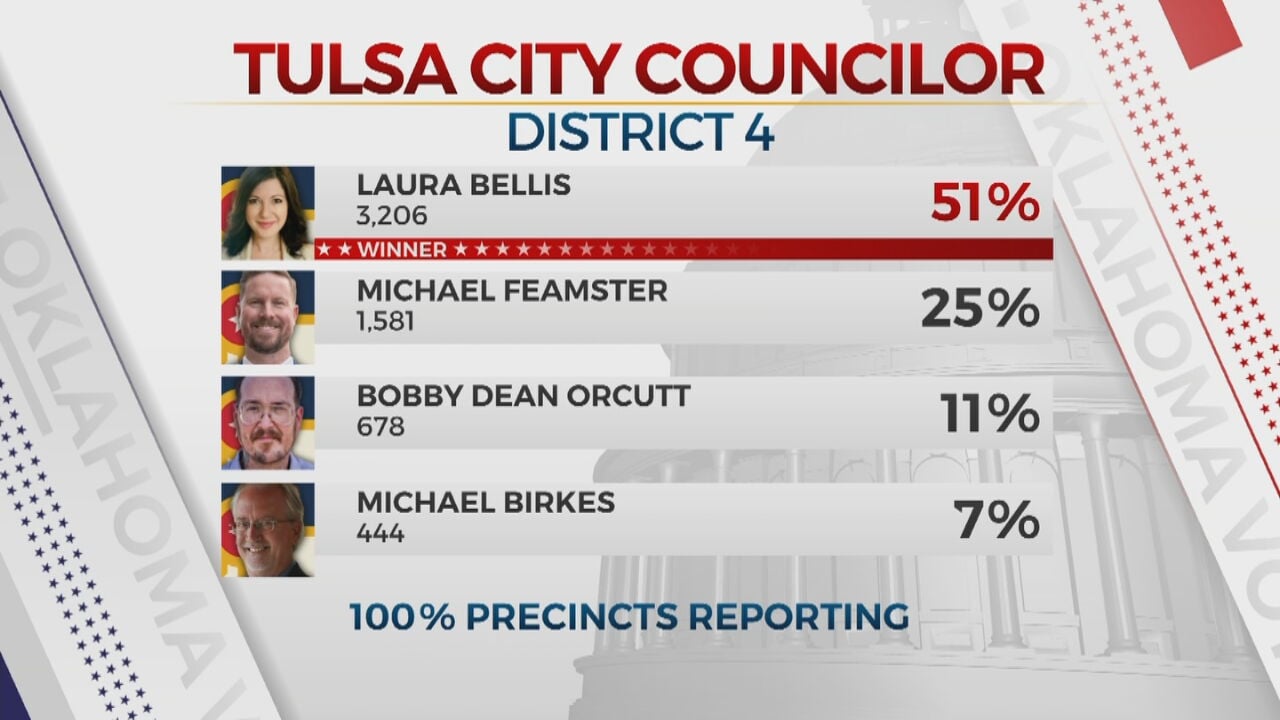 For the first time in more than a decade, all nine Tulsa City Council seats were up for a vote on Tuesday night.

Tulsans voted to keep a majority of the council as it is.

There will be at least one new face serving District 4. Laura Bellis won that seat.

Every Councilor who is currently serving won outright, except in Districts 5, 6 and 7.

District 5 Councilor Mykey Arthrell will face off against Grant Miller in a November run-off.

In District 6, incumbent Connie Dodson will go up against candidate Christian Bengel.

A third run-off is also needed in District 7. Lori Decter Wright will face off against Ken Reddick

Everyone's new term will begin in early December and last for two years.