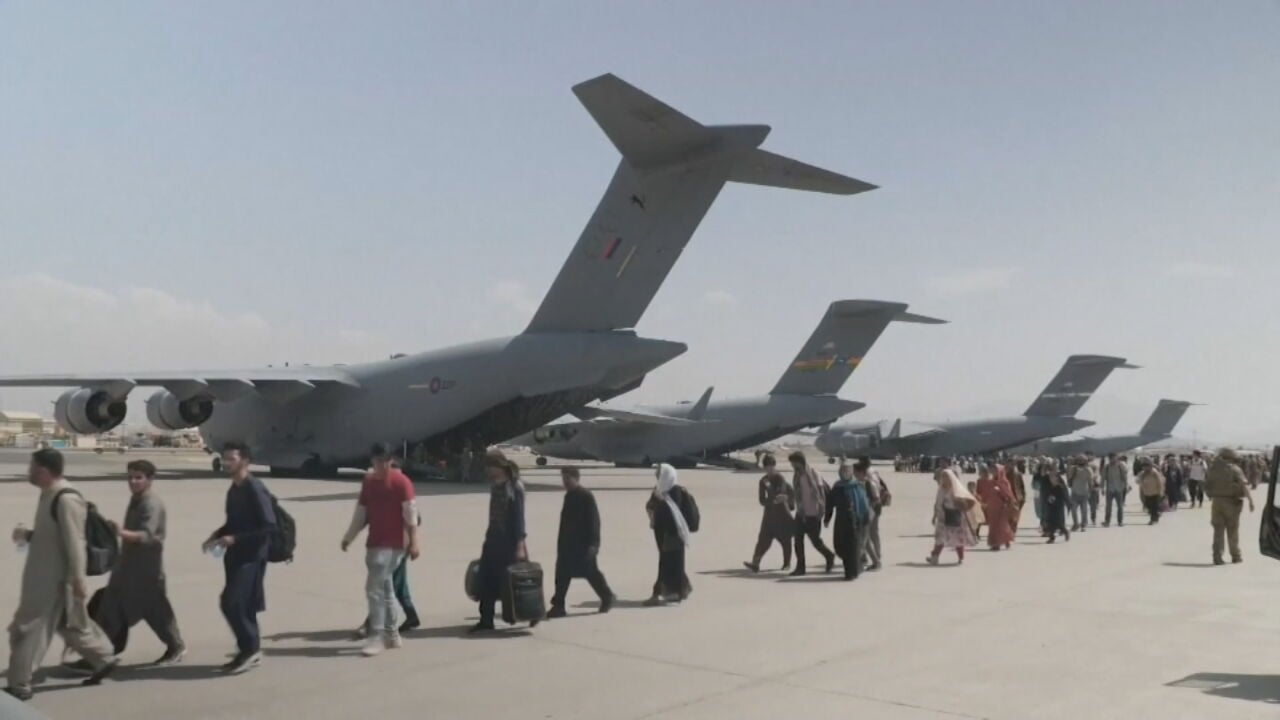 One year after the chaotic withdrawal of U.S. military forces from Afghanistan, the incident is still very much politically charged, with Republicans in Congress -- including members of Oklahoma's delegation --  demanding answers and accountability.

The wild scenes at the Kabul airport and the loss of American lives in a suicide bombing took President Biden's approval rating to new lows. But now, as it begins inching back up, Republicans want to be sure Americans haven't forgotten what happened.

President Biden, speaking to the nation in prime time one year ago tonight, spoke solemnly but positively about bringing an end to 20 years of conflict and airlifting more than 100,000 Americans and friendly personnel to safety in the preceding weeks.

"The extraordinary success of this mission was due to the incredible skill, bravery and selfless courage of the United States military and our diplomats and intelligence professionals," said the president.

Republicans don't question the bravery of the military, but calling the mission a success is, to them, unfathomable.

Biden's only reference to the anniversary in the last week was a statement last Friday remembering the 13 U.S. service members killed in a suicide bombing at the height of the evacuation.

But over at the State Department, officials defended the decision to withdraw, reminding reporters that the agreement to withdraw was made by the previous administration.

"As we said at the time," said State Department Spokesman Ned Price, "it wasn't an agreement that we precisely would have negotiated, but it's one that we inherited, and as part of that, we inherited a deadline."

But that doesn't cut it for Oklahoma members.

“The American people deserve answers," said Congressman Cole in a statement Tuesday, "as to why [the president] hastily chose to withdraw the modest American force left in Afghanistan, against his advisors' will, critical to maintaining stability and holding the Taliban at bay."

There were hearings last fall on the withdrawal, but if Republicans regain the majority in either chamber in November, additional hearings are likely next spring.