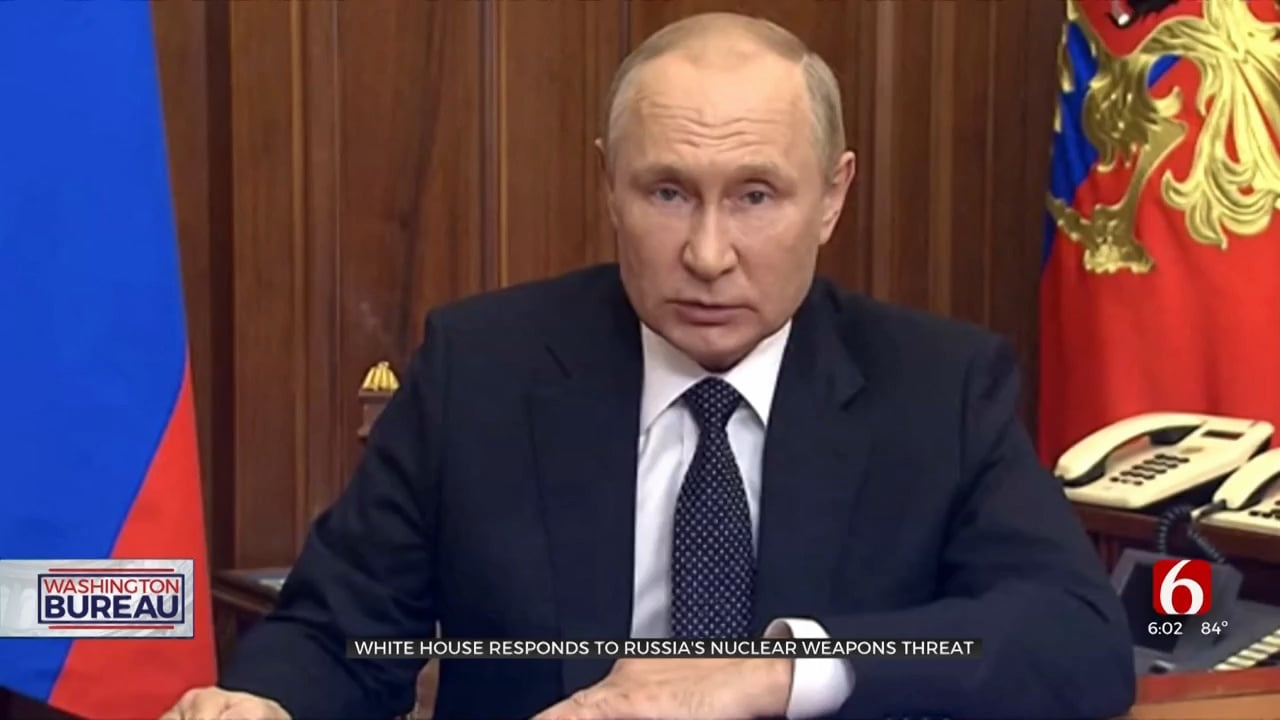 U.S. leaders, including Oklahoma elected officials, are taking very seriously recent comments made by Russian President Vladimir Putin threatening the use of nuclear weapons in his now seven-month-old invasion of Ukraine.

"It is a matter that we have to take deadly seriously," said U.S. National Security Advisor Jake Sullivan Sunday, "because it is a matter of paramount seriousness – the possible use of nuclear weapons for the first time since the Second World War."

Following a string of stunning defeats for the Russian military in Eastern Ukraine, Putin last week announced the call-up of 300,000 reservists and, in a national address Wednesday said that Russia was planning to annex regions of southern and eastern Ukraine following referenda that are being held now.

Putin then added that he was prepared to defend the territorial integrity of these new 'republics' “by all means.”

U.S. and Western leaders all insist that the elections are not legitimate and that they will continue to recognize the regions as part of Ukraine.

"We have been crystal clear," said Sullivan, "that we will not recognize the sham referenda. They in no way represent the will of the Ukrainian people. And we will treat this territory for what it is - Ukrainian territory, not Russian territory."

Still, the elections -- and their certain outcomes -- raise concerns that Putin will use them to legitimize a potential escalation of Russian military attacks.

Oklahoma's senior member of Congress and ranking member of the Senate Armed Services Committee, Sen. Jim Inhofe (R-OK), said Putin is dangerous and, in a tweet, said: "Putin’s attempts at nuclear blackmail over Ukraine threaten the international order and cannot be allowed to succeed."

The Biden administration clearly is intent on joining with NATO allies to make sure Putin is not successful.

"We have communicated directly, privately, at very high levels to the Kremlin," said Sullivan, "that any use of nuclear weapons will be met with catastrophic consequences for Russia, that the United States and our allies will respond decisively. And we have been clear and specific about what that will entail."