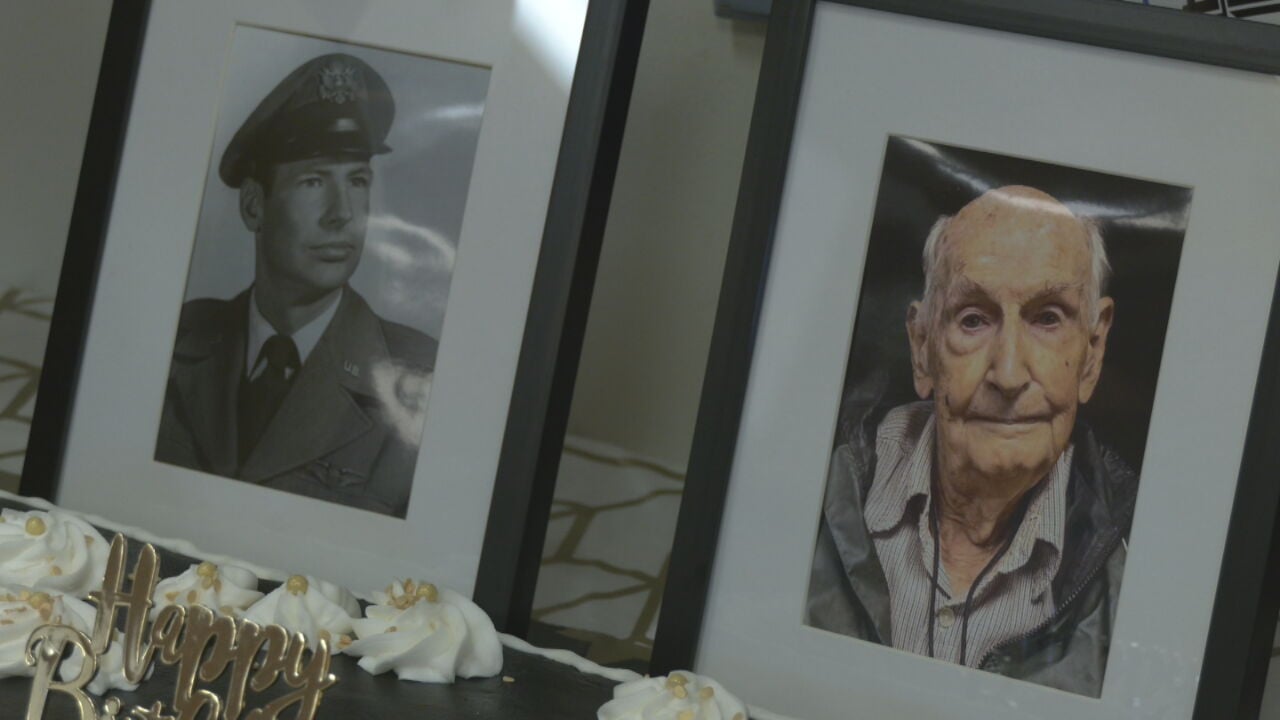 "The best part of my day is getting together like this,” said Domino.

Maj. Domino served in the Air Force for 22 years.

During his time in the air force, Maj. Domino married his wife, Millie, and they had two children.

His son, Dale, is grateful to celebrate this occasion with his dad.

“It means a lot to be able to be with him,” Dale said.

After retiring from the Air Force in 1965, Maj. Domino embarked on a new career path flying for Air America.

He and his family travelled the world, until he fully retired in 1972.

Maj. Domino received an award from the Oklahoma Centenarians and got to enjoy his favorite treat: a chocolate cupcake.

Women's Retirement Group Sews Blankets For Those In Need