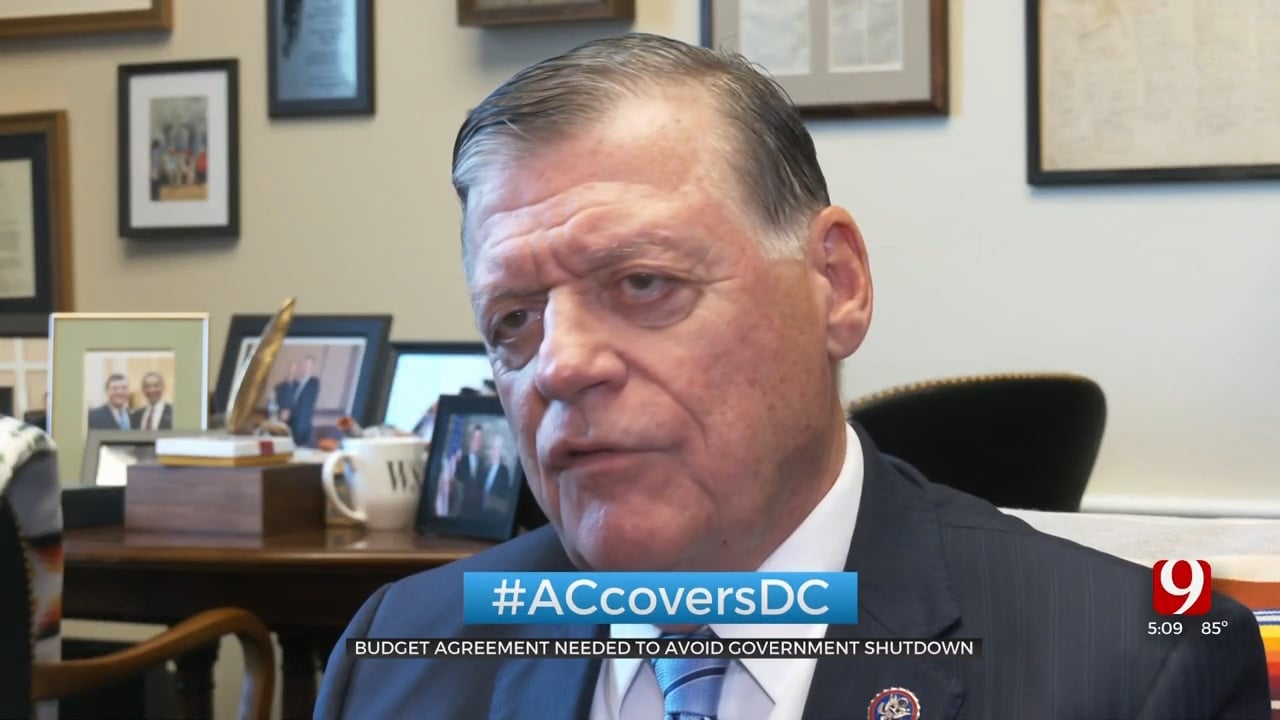 The pressure is beginning to build on Democratic leaders in Congress to take the steps needed to approve a short-term budget and avoid a government shutdown.

With a Sept. 30 deadline, passing a proper budget isn’t an option at this point. As has become so common in recent years, Congress will have to pass a continuing resolution -- a CR -- and members of the Oklahoma congressional delegation said this one could be complicated.

In his two decades in Congress, Cole has certainly been down this road before, where the majority uses must-pass bills like CR's as vehicles for other measures, some the minority wouldn't otherwise support.

In this case, Cole said he is not sure what will be included.

"There are probably some additional things that the two sides could agree on," Rep. Cole said in an interview Thursday. "We’ve had some flooding in the country, disaster relief money for Kentucky. Things like that would certainly be appropriate."

In fact, $6.5 billion for disaster relief is one of the things the White House wants included in the continuing resolution, along with $13.7 billion in additional aid for Ukraine, $4.5 billion for Monkeypox vaccines and $22.4 billion for COVID-19 testing, vaccines and research.

Cole said Republicans will push for that to be removed.

"The fact is there are billions and billions of unspent dollars in that program," Rep. Cole said. “We don’t need to be adding new."

There's also talk that the energy permitting reform Sen. Joe Manchin (D-WV) was promised in exchange for his support of the Inflation Reduction Act could be attached to the spending measure.

Cole said some Republicans would oppose that simply for political reasons. They don't want to do Manchin any favors.

Beyond that, Cole said, Republicans haven't seen what's in the permitting proposal.

"As a rule, we would be for expediting energy, both green energy and traditional energy," said Cole. "But until we see what it is, that’s going to be a problem."

As far as Congressman Kevin Hern is concerned, any continuing resolution is a problem.

"More money for Ukraine, no money for the southern border, issues with permitting," said Rep. Hern (R-OK1) in an interview Tuesday. "We’ll see where it goes. We are marching toward a government shutdown if we don’t figure out how to fund the government."

Hern said the bigger issue in all of this is that Speaker Nancy Pelosi (D-CA), and the Democrats have not passed a regular budget on time in the nearly four years since they took control of the House.

"This is why we have run-away spending, is that the deals get cut at the last minute because the appropriations process wasn’t done correctly,” Hern said.

"At the end of the day we will pass something," said Cole. “We will not let the government shut down. And the real question then is, after the election, how do we fashion normal appropriations bills to sustain us for the entire fiscal year?"

The expectation is that whatever Congress does end up passing will extend funding through mid-December.