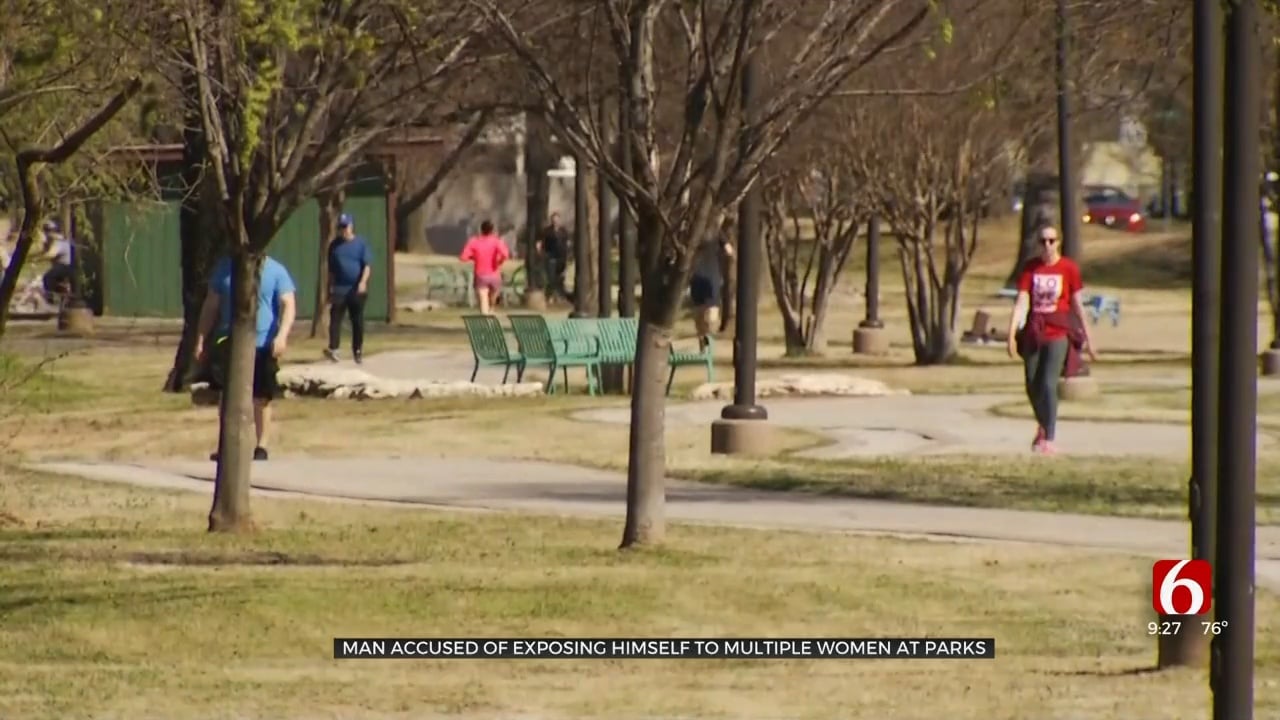 Tulsa Police arrested a man accused of exposing himself to five different women in Midtown. They said the victims were women jogging or walking their dog.

Police said Ronaldo Segovia was getting bolder in his crimes and they were getting closer together.

They said he did one in Tusa in April, one in June, another in July and two already this month. He didn't know any of the women.

"It is a crime. You definitely should not be doing that, exposing yourself to people," Jogger, CC Bolds said.

Bolds often brings her grandson to the park to enjoy the sun. She said if this happened to her, she would simply run away.

"I would just leave the scene as quickly as possible and make a phone call and let the authorities know where the person was, and hopefully by reporting them they can get into a situation that they can get the help they need," Bolds said.

Terricia Foster runs every day. She said the situation makes her feel the need to be more alert.

"If I wasn't already frightened, just kind of in general with running by myself, during the day just a little more alert. So, I definitely am always looking at my surroundings, but hearing that makes me want to look even more," Foster said.

Lauren See said she usually feels safe when she runs. When she learned about Segovia, she said she may start bringing some type of protection.

"I used to carry pepper spray and I haven't in a while, but I've definitely been thinking about it a lot lately. I definitely think it would be a lot better," See said.

Police said there have also been cases in Broken Arrow. If you have encountered Segovia, call Tulsa Detectives at 918-596-9168.