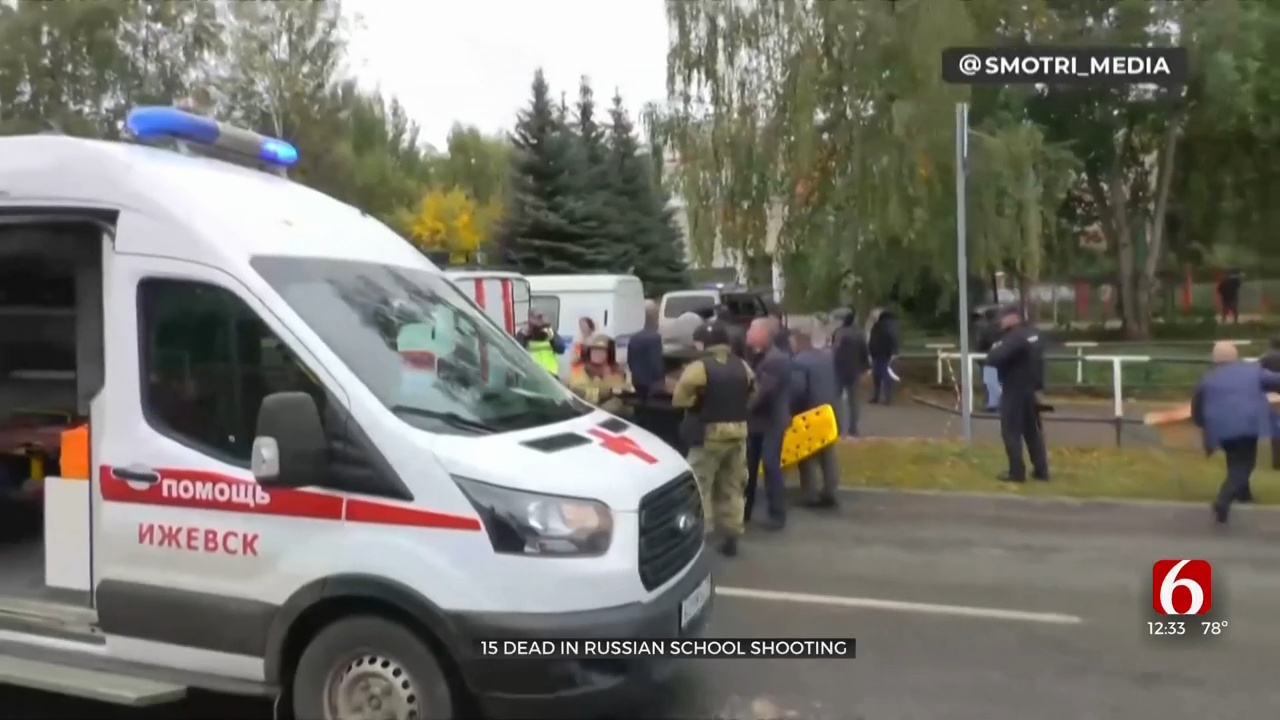 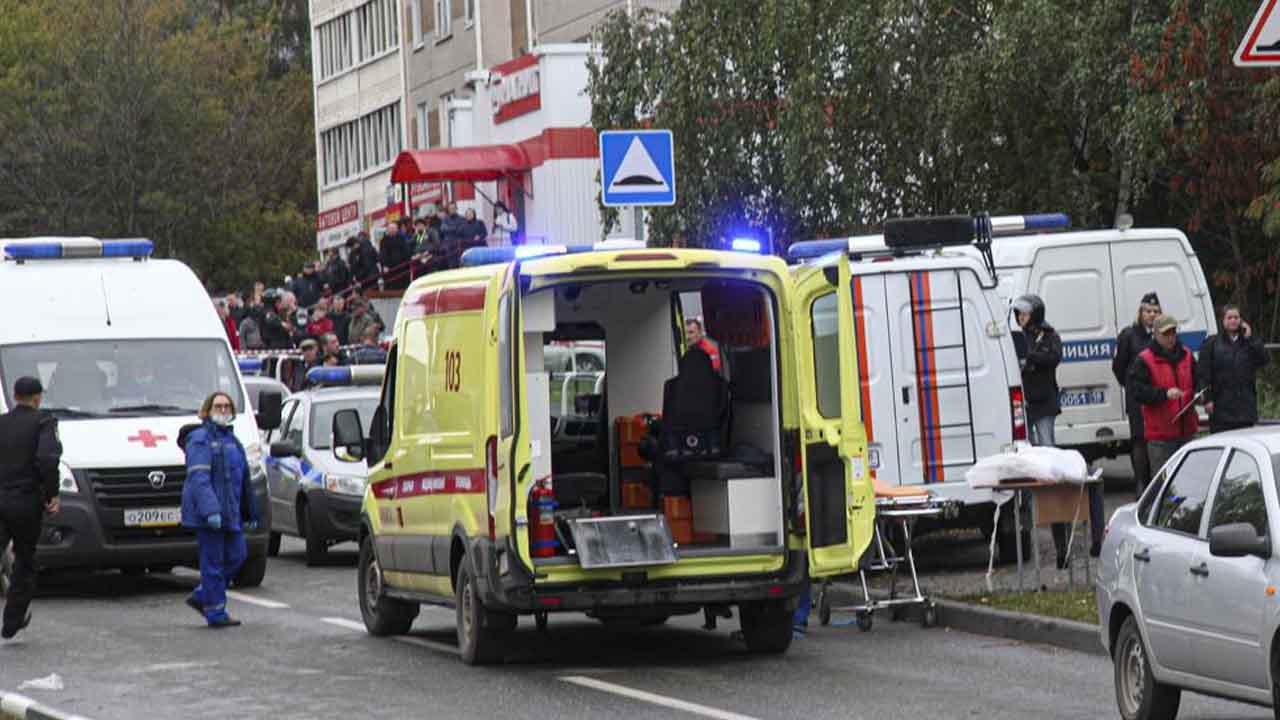 A gunman killed at least 17 people and wounded 24 more after opening fire inside a school in the Russian city of Izhevsk, about 600 miles east of Moscow, on Monday, authorities said. The gunman took his own life.

Russia's Investigative Committee identified the gunman as 34-year-old Artyom Kazantsev, a graduate of the same school, and said he was wearing a black t-shirt bearing "Nazi symbols." No details about his motives have been released.

Kazantsev entered School No. 88, which teaches children from elementary age up to high school, armed with two "traumatic" pistols — non-lethal firearms often used by law enforcement — which had been converted to fire live ammunition. The weapons were obtained illegally, according to the regional office of the National Guard.

The governor of Udmurtia, Alexander Brechalov, said the gunman, who he said was registered as a patient at a psychiatric facility, killed himself after the attack.

"Currently the investigators are conducting a search of his residence and studying the personality of the attacker as well as his views and surrounding milieu," Russia's Investigative Committee said in a statement earlier Monday. "Checks are being made into his adherence to neo-fascist views and Nazi ideology."

A short video released by police showed the gunman's body, dressed in black, on the bloodstained floor of a classroom.

Kremlin spokesman Dmitry Peskov said President Vladimir Putin "deeply mourns" the deaths and had ordered "doctors, psychologists, neurosurgeons and other specialists" to be sent to the scene.