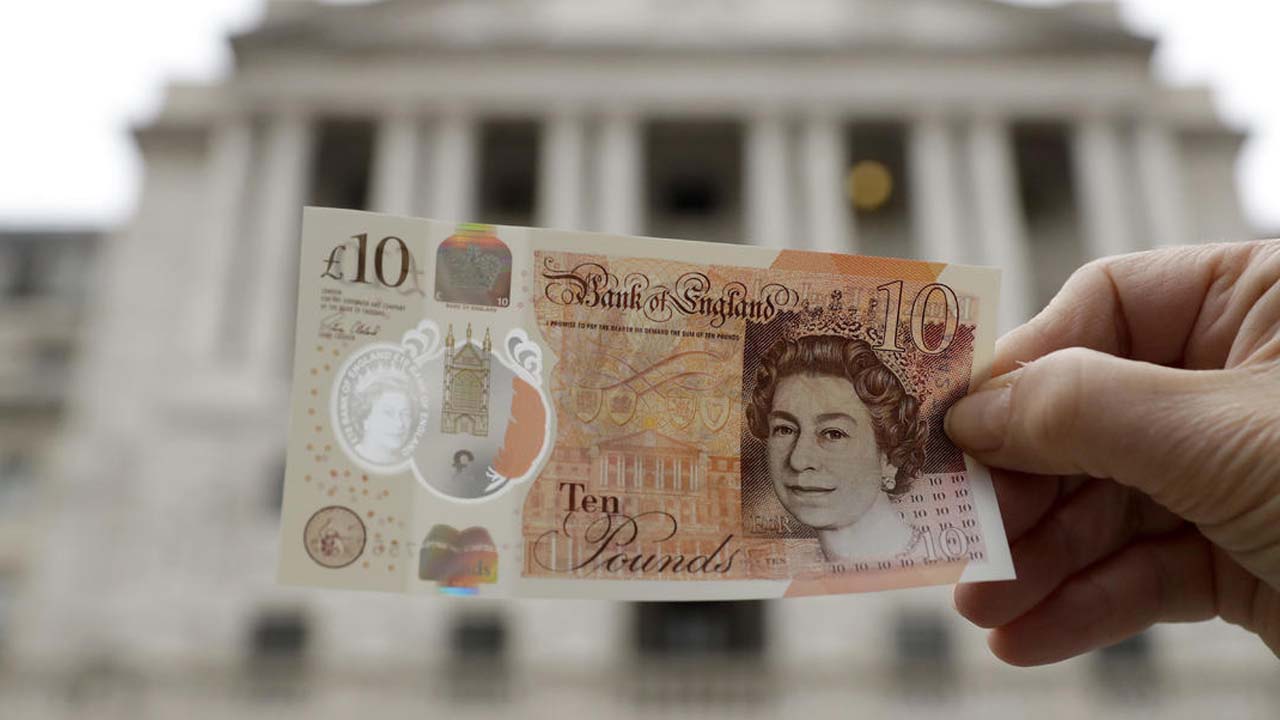 The pound is taking a pounding.

The British currency has plunged, sliding against the U.S. dollar to touch an all-time low. It's a sign of the alarm in financial markets over new Prime Minister Liz Truss' emergency budget measures unveiled last week aimed at jump-starting the ailing economy.

Investors are spooked by a sweeping package of tax cuts likely to cost tens of billions of pounds in extra government borrowing and amounts to a risky gamble to stave off a looming recession. Truss believes that tax cuts, especially for the wealthy, will encourage households to sock away more money, but that could result in lower consumer spending, which could hurt the U.K. economy, analysts noted.

"[E]ncouraging consumers to save more of their income and spend less risks suppressing demand to the extent that weaker growth deters the very investment the government hopes to encourage," Nick Andrews, an analyst at Gavekal Research, noted in a report.

He added that the pound's slide represents a "verdict on a budget that one U.K. think tank estimated will increase the country's public debt by 4% of GDP by fiscal 2024-25."

The currency chaos is playing out against the wider backdrop of the dollar's rally to a two-decade high.

Here's a look at what it all means:

Many Britons are struggling amid soaring inflation driven by rising prices for food and energy, in a cost-of-living crisis that's been dubbed the worst in a generation. The cost of goods and services in the U.K. rose 9.9% in the 12 months through August.

The pound's slump threatens to make it even worse. One of the most visible ways is by feeding into the energy crisis because oil and natural gas is priced in dollars. The impact is being felt at the pump.

British drivers are paying 5 pounds ($5.45) more on average to fill up their cars since the beginning of the year as the pound has fallen, according to an analysis by motoring association AA. U.K. gas prices would be at least 9 pence per liter cheaper if the pound was still at its mid-February level of $1.35, compared with the now-outdated $1.14 level that the group used last week for its calculation.

"These rising costs will feed into higher prices, and push inflation even higher," Coles said. "For anyone whose budget was already stretched to breaking point, this will mean even more pain at the tills."

Finance minister Kwasi Kwarteng hopes that big tax cuts will spur economic growth and generate wealth, but the sliding pound raises the possibility that will be offset if the central bank steps in with bigger-than-expected interest rate increases.

Some analysts are speculating rates could rise as high as 6% by next spring, a sharp contrast to the near zero level they were at just a few years ago. Rising rates mean many homeowners face bigger monthly mortgage bills, leaving them less to spend on other goods and services.

How low can the pound go?

Fifteen years ago, one British pound was able to buy $2. Now, the pound is getting closer to parity with the greenback, a once-unthinkable event and a psychologically important milestone. The pound has tumbled more than 5% since the government outlined its economic plans Friday, dropping as low as $1.0373 early Monday, before bouncing back to above $1.06.

The markets are raising the prospect that the two currencies might soon reach equal footing. A lot of the decline has been driven by the strength of the dollar, which has climbed against a wide range of other currencies as the U.S. Federal Reserve aggressively raises rates, drawing interest from investors fleeing riskier assets.

The euro, for example, has been on a similar trajectory to the pound, having fallen below parity with the dollar recently and then hitting a fresh 20-year low Monday.

The pound has dropped more than most, though, because of local factors. Investors are alarmed at Kwarteng's "lack of focus on fiscal prudence," which outweighs any optimism about his pro-growth, anti-red tape agenda, said Victoria Scholar, head of investment at Interactive Investor.

"On top of being bullish towards the dollar, the international investor community is now also very bearish towards the pound amid fears about the UK's economic outlook and investment case," Scholar said.

The plummeting pound highlights what analysts are calling a "tug of war" between Britain's Treasury and the central bank, which has independence from the government to operate free of political influence.

The Truss government is gambling that slashing taxes and borrowing more to pay for it will kick-start economic growth as a recession looms.

That puts government officials at odds with the Bank of England, where policymakers are trying to rein in inflation that threatens financial stability by raising interest rates, with seven hikes so far this year and more in the pipeline.

The central bank said Monday that it wouldn't hesitate to raise interest rates by as much as needed at its next meeting in November, which did little to soothe markets. An interim meeting to decide on an emergency rate hike could be needed, "though that would risk escalating tensions with the new government," said Jeremy Lawson, chief economist at asset manager Abrdn.

"There are no good options from here, just less bad ones, with the U.K.'s already struggling household and businesses left to pick up the pieces," Lawson said.

Is there an upside?

British exports will be cheaper for buyers paying in dollars. But the economic impact is likely to be limited, given that the United Kingdom runs a trade deficit with the rest of the world by importing more than it exports.

It'll be a lot cheaper for foreign visitors, especially Americans. Pub beers, theater tickets for shows in London's West End, and hotel bills will be more affordable for tourists.

And for investors and wealthy people, the slumping pound makes it cheaper to buy real estate in Britain, especially in exclusive London neighborhoods that have long been favored by the global superrich.