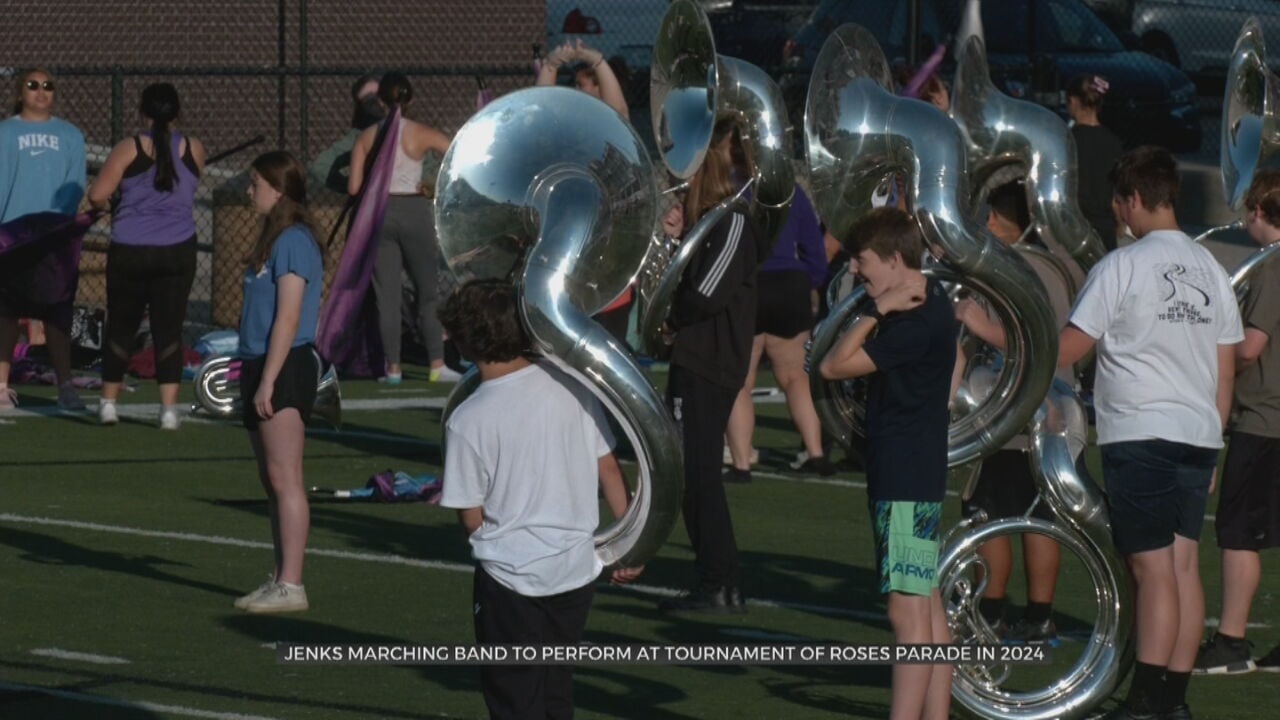 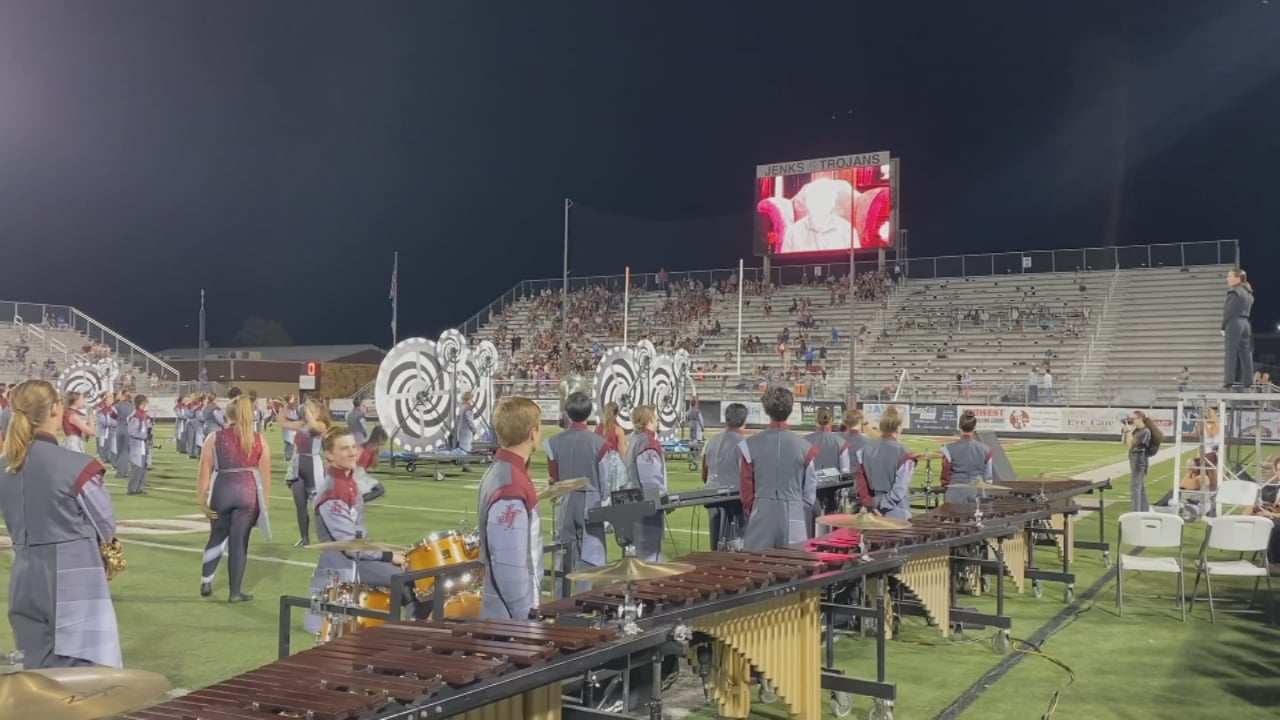 For the second time in eight years, the Jenks High School Marching band will be performing in the Tournament of Roses Parade ahead of the 2024 Rose Bowl.

After the band gave its halftime performance during Jenks' game against Enid on Friday, September 23, the band and the crowd were asked to direct their attention to the jumbotron. It was then that everyone was let in on a secret that very few knew about, and the excitement has only continued to grow.

"Everyone was shocked. I looked down at the band and everyone was like mouths open like very surprised, and I couldn’t believe that it was happening. So we were all really excited and also really shocked because we had no idea," Rachel Oakes, a band member and Jenks junior, said.

While the band continues to practice for this season's football games and contests, preparations have also started for the 135th Tournament of Roses Parade in 2024. Band director Scott Hillock has been working hard to get everything started.

"We have been talking with the band parent board to get things going, to start meetings, and organizing and planning for the different things that go with this," Hillock said.

Jenks had to wait four years after 2016 to apply to be in the Tournament of Roses again. Once 2020 rolled around, Hillock applied again. However, he ended up withdrawing the school's application because of the COVID-19 pandemic. Once things started to settle down, Hillock knew that he wanted to try and do something special for his students, so he applied for the Tournament of Roses once again.

The Tournament of Roses only selects a few bands to participate in the parade each year, and the students understand what a big honor this is for them and their school.

"I’m very excited for it. It’s like a once in a lifetime opportunity. It’s quite an honor. Our band's been working really hard the past few years," Sophie Hopkins, a band member and Jenks junior, said.

While the parade is still over a year away, there is still a lot of work to do including band practices, fundraising and raising awareness about this opportunity.