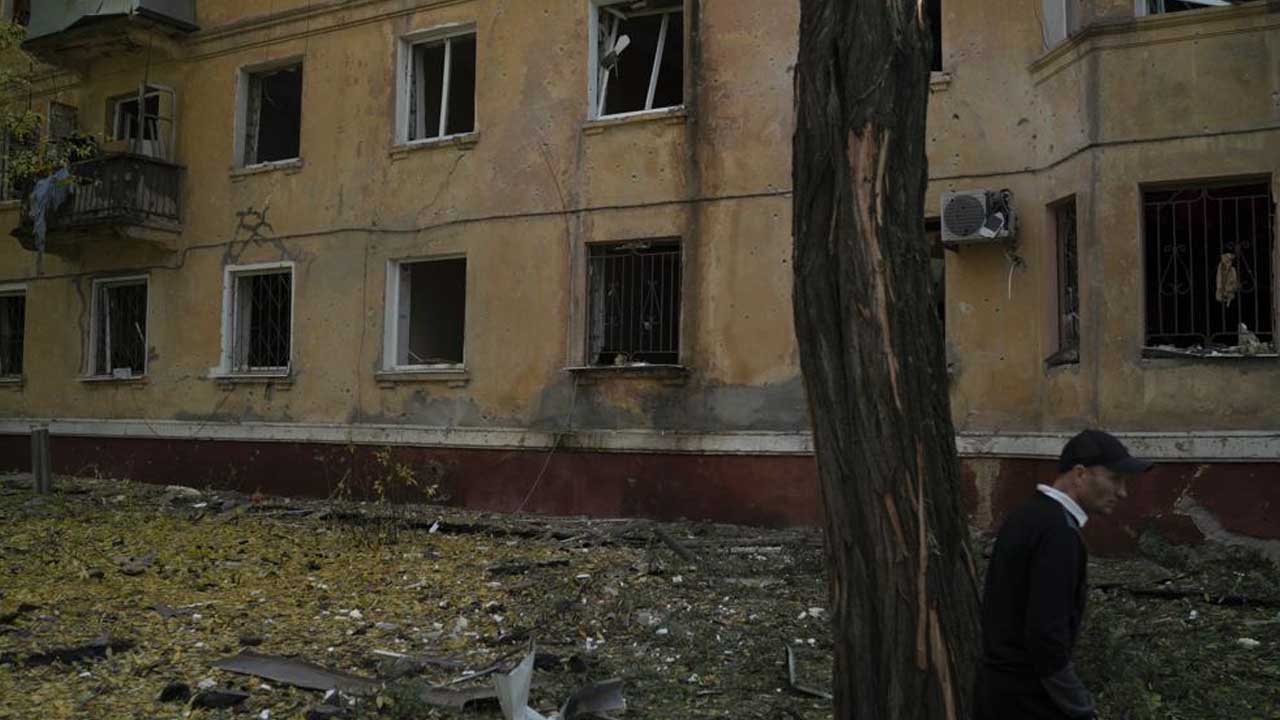 Russia confirmed on Thursday it will formally annex parts of Ukraine where occupied areas held Kremlin-orchestrated “referendums” on living under Moscow’s rule that the Ukrainian government and the West denounced as illegal and rigged.

Russian President Vladimir Putin will attend a ceremony on Friday in the Kremlin when four regions of Ukraine will be officially folded into Russia, spokesman Dmitry Peskov told reporters.

Peskov said the pro-Moscow administrators of the regions will sign treaties to join Russia during the ceremony at the Kremlin’s St. George’s Hall.

The official annexation was widely expected following the votes that wrapped up on Tuesday in the areas under Russian occupation in Ukraine and after Moscow claimed residents overwhelming supported for their areas to formally become part of Russia.

The United States and its Western allies have sharply condemned the votes as “sham” and vowed never to recognize their results. German Foreign Minister Annalena Baerbock on Thursday joined other Western officials in denouncing the votes.

“Under threats and sometimes even (at) gunpoint people are being taken out of their homes or workplaces to vote in glass ballot boxes,” she said at a conference in Berlin.

Armed troops had gone door-to-door with election officials to collect ballots in five days of voting. The suspiciously high margins in favor were characterized as a land grab by an increasingly cornered Russian leadership after embarrassing military losses in Ukraine.

Moscow-installed administrations in the four regions of southern and eastern Ukraine claimed Tuesday night that 93% of the ballots cast in the Zaporizhzhia region supported annexation, as did 87% in the Kherson region, 98% in the Luhansk region and 99% in Donetsk.

Ukraine too has dismissed the referendums as illegitimate, saying it has every right to retake the territories, a position that has won support from Washington.

The Kremlin has been unmoved by the criticism. After a counteroffensive by Ukraine this month dealt Moscow’s forces heavy battlefield setbacks, Russia said it would call up 300,000 reservists to join the fight. It also warned it could resort to nuclear weapons.

Also on Thursday, Ukrainian authorities said Russian shelling has killed has killed at least eight civilians, including a child, and wounded scores of others. A 12-year-old girl has been pulled out of rubble after an attack on Dnipro, officials said.

“The rescuers have taken her from under the rubble, she was asleep when the Russian missile hit,” said local administrator Valentyn Reznichenko.

Reports of new shelling came as Russia appeared to continue to lose ground around a key northeastern city of Lyman while it struggles to press on with chaotic mobilization of troops and prevent the fighting-age men from leaving the country, according to a Washington-based think-tank and the British intelligence reports.

The Institute for the Study of War, citing Russian reports, said Ukrainian forces have taken more villages around Lyman, a city some 160 kilometers (100 miles) southeast of Kharkiv, Ukraine’s second-largest city. The report said Ukrainian forces may soon encircle Lyman entirely, in what would be a major blow to Moscow’s war effort.

“The collapse of the Lyman pocket will likely be highly consequential to the Russian grouping in northern Donetsk and western Luhansk oblasts and may allow Ukrainian troops to threaten Russian positions along the western Luhansk” region, the institute said.

“The better off and well educated are over-represented amongst those attempting to leave Russia,” the British said. “When combined with those reservists who are being mobilized, the domestic economic impact of reduced availability of labor and the acceleration of ‘brain drain’ is likely to become increasingly significant.”

That partial mobilization is deeply unpopular in some areas, however, triggering protests, scattered violence, and Russians fleeing the country by the tens of thousands. Miles-long lines formed at some borders and Moscow also reportedly set up draft offices at borders to intercept some of those trying to leave.